In Defense of Valet Parking at Taco Bell, and My Hometown 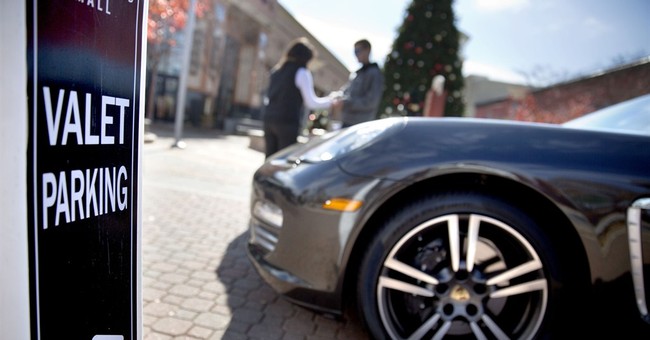 What kind of a native son would I be if I didn’t come to the defense of my beloved childhood home of Walnut Creek, CA, as the city is mocked nationwide for hosting the only Taco Bell in the nation to offer valet parking?

To understand why this story became the butt of so many jokes in the Bay Area, you need to know a little background on Walnut Creek. The median household income is $83,000 a year while the average cost to purchase a home is $700,000.  Tiffany’s Jewelers is right across the street from Neiman Marcus and adjacent to the Apple store in the downtown district. Golden State Warriors star Steph Curry just purchased a $3.2 million home in town. Suffice it to say, it’s a prime target for ridicule of the wealthiest Californians.  Nothing screams excess like valet parking at Taco Bell.  But the story isn’t as simple as rich people insisting on someone else parking their Tesla S for them as they enjoy a late night crunch wrap supreme.

First, the valet parking is free, not a premium service offered to those who can afford it. Even a relatively poor resident like myself can have his classic 1995 Ford Ranger whisked away by the valet.

Secondly, the service is only available during very limited hours in order to facilitate construction in the shopping center.  The valet will go away once improvements have been completed.

Lastly, and most important, anyone looking to shop or eat at any of the establishments inside the Encina Grande Shopping Center can also have their car valet parked free of charge. Some clever journalists keyed in on the Taco Bell to create an attention-grabbing headline.

Even with all of that said, it still looks somewhat persnickety. I can't imagine the Taco Bell locations in neighboring Oakland will enjoy valet service if they begin new construction. It will be interesting to see if anyone actually takes advantage of the service.

Despite the above average wealth in Walnut Creek, people still say hello to each other on the street. It's not so small that everyone knows each other, but the community is strong and cares for one another. It's expected, but sad, to see the town be ridiculed.

While many locals do lament the rapid expansion of Walnut Creek into some kind of Northern California Beverly Hills, they remain good and decent citizens. Unlike the profoundly churlish Dodgers fans that spend their days converting oxygen into carbon dioxide in Beverly Hills.