Only in America: Muhammad Ali

Lee Culpepper
|
Posted: Jun 10, 2016 12:01 AM
Share   Tweet
The opinions expressed by columnists are their own and do not necessarily represent the views of Townhall.com. 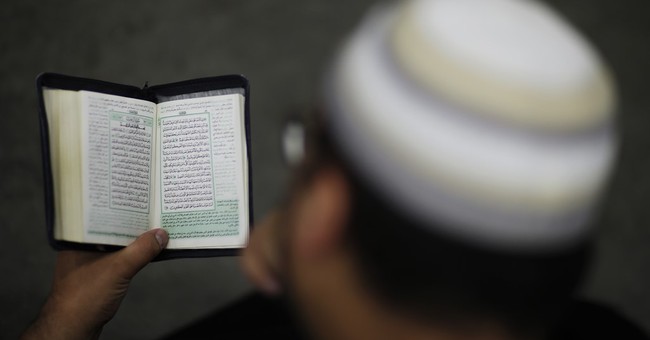 Muhammad Ali’s life story is both inspiring and tragic.

The success Ali achieved in spite of the odds he faced speaks to the true greatness of the man, as well as the greatness of our country. On the other hand, what does the reality of Ali’s life speak to concerning America today?

Nearly half of our country remains lost in the same fictional views of reality that Ali held in the 1960s.

In spite of being born in 1942, when the racist Democratic Party controlled the South, Ali triumphed over the oppressive racial barriers of that time period. He proved that talent, self-confidence, determination, and persistence are what matter in America.

Clearly, many of the things Ali believed during the ‘60s were simply false.

Like many liberals are today, Ali was deceived, duped, or brainwashed. Much of what he knew proved to be wrong, except for what he knew about fighting.

Watching Ali’s emotional rantings from when he was a young man is a lot like watching the news today, or like listening to liberal history professors and social studies teachers. What he said is inaccurate.

Because of the Democratic Party’s racism of the times, Ali believed that skin color -- not cultural values, cultural practices, and cultural beliefs -- determined who his friends and enemies were. But life eventually revealed the truth about the values, practices, and beliefs Ali first embraced.

The Nation of Islam, the contentious black Muslims who spread a doctrine of separation between the races and describe white people as devils, successfully filled Ali’s mind with the same sort of lies that the Democratic Party still spreads today.

Ali eventually followed in the footsteps of the controversial Malcolm X -- who was assassinated in 1965 after leaving the Nation of Islam and revealing that the group’s leader Elijah Muhammad had fathered several children out of wedlock. Former Nation of Islam member Thomas Hagan (a.k.a. Mujahid Abdul Halim) admitted to committing the crime, but the group still denies responsibility.

Like Malcolm X, Ali embraced a more politically correct form of Islam, and he remained a devout Muslim for the remainder of his life.

Nevertheless, not only was Ali obviously wrong about the Nation of Islam, he was also wrong about communists. Unlike Bill Clinton and Donald Trump, however, Muhammad Ali had the courage to suffer the consequences for refusing to fight in Vietnam against the spread of communism in the world. The 100 million people who have been slaughtered in mass killings under communist regimes would probably like to have told Ali (and liberals today) the truth. But being murder victims prevents them from sharing the joys they experienced in their communist Utopias.

Ali also believed incorrectly that Cassius Clay was a slave name. This belief, too, was wrong. Based on what actually happened in history, renown scholar Thomas Sowell writes:

The vogue [which began in the 1960s] of repudiating black family names that supposedly were given by slaveowners in times past is another reflection of the widespread ignorance of history among Americans in general, as a result of our dumbed-down education. Slaves were not only not given family names, they were forbidden to have family names.

Granted, because Ali was an American, he was free to change his name to whatever he wanted. But Sowell also notes:

Of all the reactions against the supposed "slave names" among blacks, the most painfully ironic has been the taking of Arab names instead. The Arabs engaged in massive enslavement of Africans before the Europeans began to -- and continued long after the Europeans stopped.

The fact that the truth about slavery in the world and Muhammad Ali’s name are not common knowledge today is truly depressing.

I do not begrudge anything Muhammad Ali believed in the 1960s. The world was a different place, as it was in all of history.

As the world offers its respect to his passing today, I’m grateful for the fond memories Ali provided for me when I was a child. He certainly made a lot of people in the world smile.

Thankfully, Muhammad Ali was born in America, and his life represents the incredible possibilities of what individuals can achieve here. Just don’t expect liberals to ever tell the truth about it.