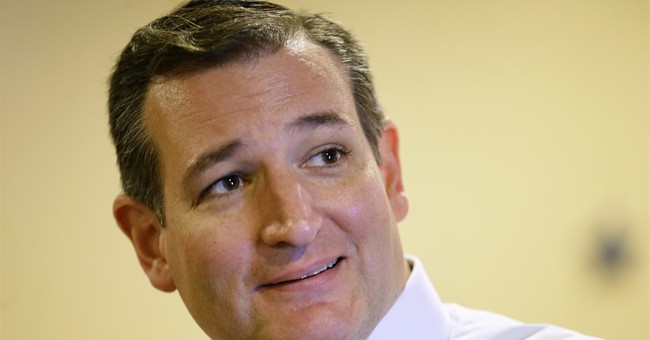 Why must some conservatives act like forsaken-liberal women or liberals who support the Washington Redskins? Honestly. No matter what they have going for them in other areas of life, some people just can’t get enough betrayal or disappointment.

It’s really depressing listening to otherwise normal people jabber on about how the rest of us could give Marco Rubio a second chance -- during the primary, no less. Why can’t these people just accept that Rubio isn’t the guy they want him to be?

What drives this twisted compulsion to see Marco the way some conservatives can only wish that he were? You know, just like Ted Cruz, but not as courageous, smart, or consistently right on all the issues.

Maybe it’s their inability to accept that they are wrong. Maybe in their hearts, they believe they know more than the rest of us. Maybe it’s our own lying eyes. Maybe they are just morally superior and more forgiving than everyone else. In other words, maybe it’s just their own foolish pride. Who knows?

Rubio proved himself to be the fixer-upper we’ll have to settle for if he’s the only guy left after the prmary. Until then, he deserves to be on his own. He asked for it.

I mean, come on. He didn’t even try to hide his unfaithfulness. He flaunted it in John McCain’s Washington insider parade. It doesn’t get much lower than John McCain. How could any true patriot support this guy, Rubio, in the primary, now? Ugh!

Are these well-intentioned conservatives recovering liberals? That could explain a lot. No, matter how compelling the truth is, they still sometimes refuse to concede the obvious.

If Rubio were dependable, no one would need to explain how he can recover a conservative reputation. He wouldn’t need to. He would have had the self-discipline not to squander it.

Anyone who lacks the judgment to stay out of the sack with John McCain -- let alone the Gang of Eight -- shouldn’t be touched with a 10-foot pole. Let alone a conservative vote in the primary.

Yea, yea, yea. Sure the voodoo fortune tellers swear that Ted Cruz can’t win 270 electoral votes. They also swore John McCain and Mitt Romney could win those votes. Eight years later, we now know how much their fortunes are worth.

If it were up to establishment fortune tellers, we wouldn’t even have primaries. We’d just let the media appoint our candidates.

Speaking of which, did you hear that Rubio is now the conservative candidate that Bill and Hillary Clinton fear the most! Give me a freaking break. Can politics get any cornier?

If Bill or Hillary actually said that, we instinctively know that the opposite is true. In fact, if you want to be right, just do the exact opposite of everything liberals and their favorite republican, John McCain, tell you to do.

Considering the fact that McCain called Cruz a “wacko,” every true patriot in the country should be thinking hard about lining up to vote for Cruz in the primary. It's practically a no-brainer.

Furthermore, this Clinton scheme sounds more like it could have been hatched by Marco McCain's presidential campaign. I wouldn’t be surprised if Carl Rove leaked it. Rove might have even sent the Jeb mole disguised as a millennial twit to Trump’s No Labels event to ask obnoxious liberal questions.

Let’s face it. Establishment Republicans are still not as slick as their liberal cohorts. Even when they aren’t busted redhanded, you can just sense they’re guilty of something.

Meanwhile, normal Americans embrace real competition. And any winning coach will tell you there is a reason to actually compete instead of deciding the game on paper.

Additionally, unless a coach is just desperate or has no other option, he goes with the player with the proven record. Like a real winner, Cruz has the untainted credibility in Washington to back up what he says he’ll do, when he says he’ll do it.

This is not rocket science. It’s just the facts.

We certainly have the right to support whomever we want, but if Rubio gets the chance to betray conservatives again, don’t complain when he does it.

Spare yourself the disappointment. Vote for Ted Cruz. Rely on his conservative principles. It’s the right thing to do, which might explain why some people are struggling to do it.