A Trojan Horse Made of Charter-School Money 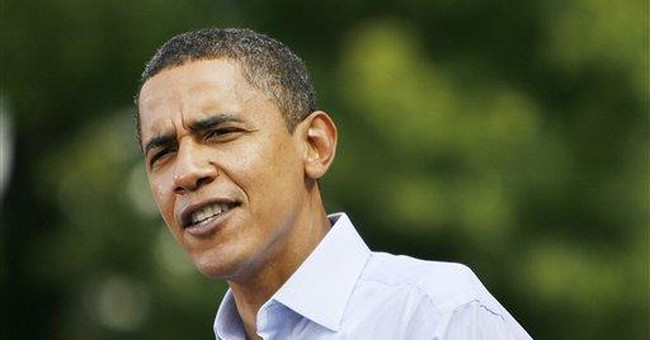 Finally, Obamas Greek pillars in Denver make sense. In the Greek story of the Trojan War, Odysseus sought to gain entrance into Troy, so he cleverly devised a large wooden horse to conceal himself along with Greek soldiers. Tricked into believing the horse would bring them good luck, the Trojans dragged the horse into Troy --ignoring two skeptics (one of whom was Cassandra, the Trojan princess).

Like a modern day Odysseus, Obama is plotting to smuggle the National Education Association (NEA) into charter schools. But since charter school supporters would certainly not fall for a large wooden horse today, Obama has concocted a beguiling vow to double the amount of funding for charter schools. What better way to conceal NEA marauders and meddlesome bureaucrats than to stuff them inside deceptive government handouts?

Should charter-school advocates ignore the mythology lesson and jubilantly drag the proposed cash inside their schools, they will surely awaken wishing that reality were only a drunken stupor. In the aftermath, they will realize too late that the NEA and bureaucrats have already toppled them. By then, administrators and the NEA will have charter schools mired in the same muck of central control, worthless regulations, and bureaucratic red tape that plagues so many traditional schools.

In response to Obamas comprehensive scheme for education reform, NEA President Dennis Van Roekel said this about successful charter school: "The key is to identify what is working that can be sustained and reproduced on a broad scale so that as many students as possible can benefit." But considering that charter schools operate with much less government funding and far fewer essential assets than traditional schools require, are so-called education reformers and NEA kingpins sincerely interested in identifying how charter schools can still match and surpass traditional school results?

In contrast, The New York Times headlined an article Friday that reiterates charter school critics proclivity to celebrate, [studies] generally have shown charters doing no better than traditional public schools. What the critics tend to avoid discussing is that most studies fail to distinguish between targeted charter schools that serve at-risk students-- from untargeted charter schools --that serve general populations. Furthermore, whenever critics gleefully report that charter schools overall are doing no better than traditional schools, they always seem to cover up that charter schools are still performing basically as well while spending a lot less taxpayer money and doing without other assets the teacher unions assert are vital.

Frankly, successful charter schools are more efficient than traditional schools. They have eliminated deadwood-administrative positions and other wasteful spending that still infests traditional schools. The also have broadened their search for skilled teachers by not restricting themselves to hiring only applicants with teacher licenses. Unlike traditional schools, charter schools have some flexibility in hiring non-credentialed teachers. For example, a charter school principal can choose to hire a retired surgeon desiring to teach high school science over an applicant with only a teaching credential and classroom experience. Charters also set their own teacher salaries, as opposed to collective bargaining. Teacher unions loathe this independence.

Nevertheless, Obamas announcement about doubling charter-school funding has surely left some charter supporters feeling effervescent. The Trojans apparently felt the same way as they dragged the wooden horse into Troy. But most of us know how that story ended. The Trojans were slaughtered, and their princess was raped.

Perhaps Obamas Greek, Styrofoam columns were merely a coincidence lending themselves too easily as a connection to Greek mythology. In contrast, the NEAs endorsement of Obama is no different than Sinon endorsing the wooden horse as good luck for the Trojans.