When Did “Pro-Life” Become a Bad Word?

Lauren Enriquez
|
Posted: Jan 05, 2017 12:01 AM
Share   Tweet
The opinions expressed by columnists are their own and do not necessarily represent the views of Townhall.com. 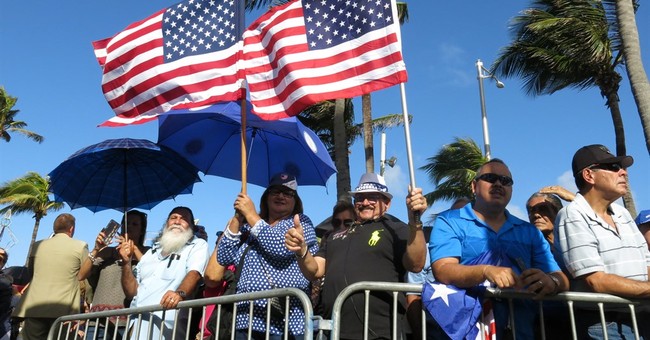 What do you think of when you hear the term, “pro-life”? Perhaps you imagine angry protesters berating women as they enter an abortion clinic, or someone waving a Rosary while pontificating about the sinfulness of abortion. This is the media stereotype assigned to individuals who oppose abortion, after all. So it may come as a surprise to find that more than half of Americans believe all or most abortionsshould be illegal.Another surprise? Even self-identifying pro-lifers have a problem with the perceptual baggage associated with their position.

Negative views of “pro-life” began decades ago as the nascent pro-life movement had to learn through trial and error which approaches harmed or furthered the cause of life. In those early days of the 1960s and 1970s, abortion’s effects on women, families, and society at large were not well understood. The shockwaves of abortion culture, in fact, would not be realized for a full generation, when post-abortive women would rise up en masse to speak out against the betrayal they experienced at the hands of the abortion industry.

Because pro-lifers were focused primarily on saving babies from death, they were misconstrued and exploited by the abortion-sympathetic mainstream media as fringe religious fanatics who did not care about – or even hated – women.  And although the pro-life movement is now one of the strongest pro-woman voices in America, these fictional characterizations saturate pop culture, perpetuating negative perceptions of the pro-life position.

Abortion is fatal discrimination against an entire people group (preborn humans); our work of rescuing this group from an unjust death sentence should not be construed as implicitly anti-woman. Indeed, to discount our advocacy of justice for both child and woman is a myopic view of the pro-life movement. Yet, for over four decades, mainstream media have perpetuated this mischaracterization.

The fact that about half of Americans identify as pro-life but also view the label as something that is negatively perceived bespeaks an interesting conflict. On the one hand, an increasing number of Americans are convinced that abortion is morally wrong, that women deserve better, and that the act is an affront to human dignity. On the other hand, the same pro-life Americans are reticent to do anything to end the moral problem of abortion, and this is no doubt related to the pro-life movement’s branding problem.

The survey’s biggest takeaway? Pro-lifers need to reclaim their image from the mainstream media. Engaged pro-lifers should not underestimate the importance of their brand, and that means dissociating from the labels correlating with the most negative perceptions and associating more with the labels boasting minimal negative baggage. In short: if the pro-life movement doesn’t send a clear message about who it is and what it stands for (read: defenseless preborn children; women; families), abortion-zealous media pundits will continue to deface our public image for us.

Human Coalition, one of the largest pro-life organizations in the country, rescues children and families from abortion in major cities across America using a combination of technology, best practices, compassion, grace, and tangible assistance.