Remembering -- and Talking About -- Lynching in America

Laura Hollis
|
Posted: Oct 31, 2019 12:00 AM
Share   Tweet
The opinions expressed by columnists are their own and do not necessarily represent the views of Townhall.com. 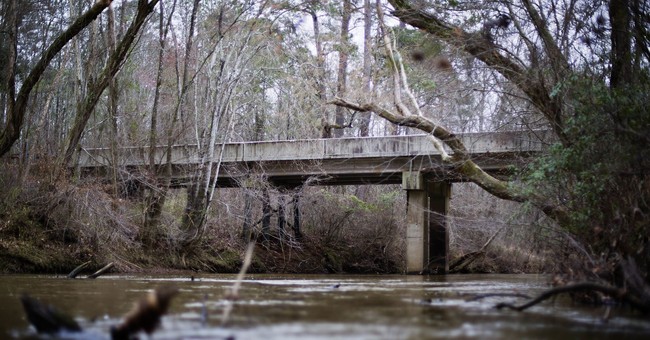 Michele Norris is an award-winning journalist and founder of The Race Card Project. Last week, Norris wrote a poignant opinion piece for The Washington Post in which she calls for Americans to know the history of lynching before they cavalierly throw the word around.

Public murders by lynching in America and related private violence like the grisly murder of Emmett Till were not just brutal; they were barbaric and shockingly widespread.

The Monroe Work Today website has an interactive map of lynchings across the United States between 1835 and 1964. In an online article about the work that produced the map, Smithsonian (like many other publications) describes lynchings as "acts of domestic terrorism." The accuracy of that description becomes nauseatingly clear when you read the accounts, all the more so if you can bring yourself to look at the photographs.

For the past decade or more, we have seen horrifying videos and images from other countries of political dissidents and ethnic minorities being burned alive, gay men being thrown from buildings, college students being beheaded or women being lashed to the point of death, all while a crowd looks on. But Americans cannot afford to feel superior. Mary Turner’s lynching in 1918. Read the story of Emmett Till’s vicious murder in 1955 and the travesty that was the trial and acquittal of his killers.

Some may argue that the brutality we have seen in places like Iraq, Syria and Indonesia has been the policy of government. Perhaps. But here in the U.S., lynching was often the de facto punishment for an accusation after a show trial -- or no trial -- and those with government titles were among the perpetrators.

Even where the government wasn't doing the lynching, the government did not protect people from it. And where what was done was expressly illegal, juries often refused to convict, even when the perpetrators -- like Emmett Till's murderers -- were caught and tried.

So we have our own shameful past with which to contend.

All of that said, those who claim that the word "lynching" should never be used as a metaphor need to take their censorship elsewhere. Language conveys ideas for a reason. Sometimes metaphors are intended to shock.

If you don't want someone to compare what's happening to them as a "lynching," then don't act like a lynch mob. I'm not referring to comparatively tidy matters like the impeachment investigations of President Donald Trump or former President Bill Clinton. The use of the word "lynching" in those contexts is just political pandering. (As is apologizing for having used the word 21 years ago, Joe Biden. You knew what you were doing with your faux indignation in your Senate floor speeches as senator in 1998, just as much President Trump knows it with his red meat tweets today. Spare me.)

But I absolutely am referring to those people like the furious mobs who pummeled the doors of the Supreme Court last year and screamed for then-Supreme Court nominee (now associate justice) Brett Kavanaugh's head on a platter; those who wanted punishment for a 35-year-old accusation with no evidence, no corroborating witnesses, gaps in memory large  large enough to drive a Mack Truck through and admitted political motives.

I am referring to those people -- and a lot of them were in our own Congress -- who completely ignored the rule of law, who stated angrily and self-righteously that "the presumption of innocence doesn't apply," that due process doesn't matter and -- most ironically -- that we should "believe all accusers."

That's what the lynch mobs said, too.

I am referring to the people who yell, "Words are violence," as a way of silencing others and then use their own words to justify their violence against anyone who disagrees with them or whose political views make them uncomfortable.

That's what the lynch mobs did, too.

In terms of sheer numbers, lynchings were overwhelmingly perpetrated against blacks and other minorities. But those were not the only victims. In the lawless American West of the 19th and early 20th centuries, anyone accused of theft, for example, could have seen a bare declaration of their guilt be made at the gallows and been dangling from the end of the rope minutes later.

One of the most important lessons from lynchings is that there is nothing special about Americans as human beings, per se. We are subject to the same whims and caprices; the same capacity for rationalization and retaliation; the same biases; the same capability for violence; and the same thirst for vengeance as those of any other people. The only things standing between us and a complete breakdown into the anarchy, chaos and bloodshed we've seen elsewhere are the moral underpinnings of our society and the principles of justice set forth in documents like the Declaration of Independence and the Constitution.

As our own history shows, the procedural protections created by the founders and put into the Constitution have admittedly not been consistently applied. But the instances where they have not been -- like lynching -- serve to demonstrate the importance of those principles and protections.

Even with them, we can descend into barbarism. Without them, we surely would.