What Does the American Left Really Want?

Laura Hollis
|
Posted: Dec 01, 2016 12:01 AM
Share   Tweet
The opinions expressed by columnists are their own and do not necessarily represent the views of Townhall.com. 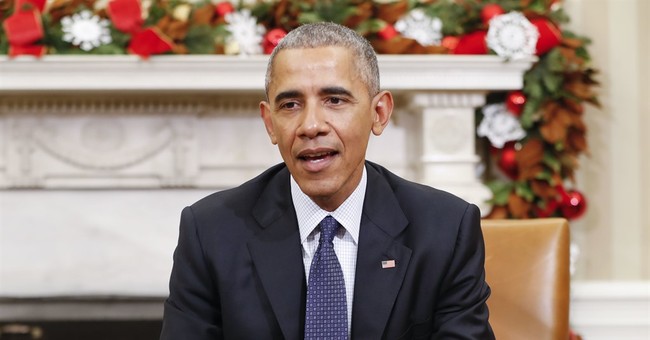 And what are they willing to do to get it?

In the wake of Fidel Castro's death, these are questions that every American -- in particular, every American voter who identifies as a Democrat -- needs to be asking.

I was appalled -- but not surprised -- to see the glowing reviews of El Comandante's life and work splattered across traditional and social media. Green Party presidential candidate Jill Stein posted this tweet: "Fidel Castro was a symbol of the struggle for justice in the shadow of empire. Presente!" The Communist Party of the USA posted a tribute which closed with, "Always in our hearts, we remember Comrade Fidel Castro Ruz, presente!" So, the Communist Party and Dr. Stein are of one mind about Castro? Are his methods those Stein espouses?

Black Lives Matter's statement was even worse. It said, "We are feeling many things as we awaken to a world without Fidel Castro ... Although no leader is without their flaws, we must push back against the rhetoric of the right and come to the defense of El Comandante."

Good grief -- Castro's excesses are mere "flaws"? Let's take a look at some of those "flaws," shall we?

Homosexuals in Castro's Cuba were rounded up and sent to forced labor camps, where they were beaten, buried alive, tied up naked with barbed wire and starved. Political opponents were imprisoned and tortured, fed watery soup laced with shards of glass. Mothers and wives of political prisoners formed the "Ladies in White," who peacefully protested after Sunday Mass; Castro responded by arresting and imprisoning them as well. Castro was infamous for his firing squads. Thousands on this tiny island country died at the hands of Castro and his murderous thugs. Nearly half a million were able to flee to the United States. Many died trying. The rest lived in fear and poverty.

But it's all cool, right? Because everyone got "free education" (aka propaganda and indoctrination) and equal access to lousy health care.

The accolades for Fidel Castro are part and parcel of a disturbing propensity of the American left to ignore egregious human rights abuses as long as they're being done in the name of "the people." Isolated academics, dopey Hollywood millionaires and the press are among the worst offenders.

Consider Walter Duranty, a reporter for The New York Times, whose articles about the Soviet Union under Josef Stalin won him a Pulitzer Prize in 1932. Duranty's reports were filled with glowing praise for the dictator's egalitarian aspirations. But Duranty refused to tell the truth about Stalin's murderous, oppressive policies, his purges, the thousands he sent to die in gulags or his collectivization plans that caused widespread famine in Ukraine, killing millions (referred to by Ukrainians as Holodomor, or "murder by hunger"). Though the Times has since issued statements denouncing Duranty's regurgitation of Soviet propaganda, his Pulitzer has never been revoked. (As it happens, Duranty was also a sexual deviant who fell in early on with Satanist Aleister Crowley. Make of that what you will.)

All told, nearly 100 million people died under dozens of communist regimes across the globe during the 20th century: at least 45 million of these were in China alone; nearly a third of the entire population of tiny Cambodia was killed under the Khmer Rouge.

Every single one of these regimes was purportedly established "for the people" to bring about "equality."

What does it take for the left to acknowledge that there is no utopia under these collectivist ideologies? Political oppression, poverty, misery and death are the rule, not the exception. (And will someone on the left please explain why, if these systems are so great, no one is allowed to leave?)

Comparisons between America's left and the world's communists are dismissed as hysteria. I'm not so sure. Consider just some of what we've seen this election cycle:

--The overwhelmingly left-leaning national press was exposed as little more than a propaganda arm for the Democratic Party.

--Trump supporters were subjected to brutal mob violence, simply for attending a rally.

--After Trump won the election, there were riots; the 62 million Americans who voted for Trump were denounced using every conceivable slur. I personally observed people calling Trump voters "bad people," "evil" and "filled with hate." (When we get to "enemies of the people," the propaganda conversion is complete.)

--Now there are calls to eliminate the Electoral College, which was put in place to protect the rights of small population states. Electors are receiving death threats.

--Witnesses to the violence both before and after the elections have made the same observation: "I don't feel like I'm living in America anymore."

Here's what troubles me: The same people who are singing Fidel Castro's praises want control of our government.

The Democratic Party is licking its wounds after the 2016 elections. But they will never win again if their membership consists of those who praise dictators, who make excuses for oppression, murder and tyranny, or who proclaim that collectivism will solve all our ills. The rest of us will fight to make sure they are never anywhere near the levers of power in this country.