Laura Hollis
|
Posted: Oct 20, 2016 8:47 AM
Share   Tweet
The opinions expressed by columnists are their own and do not necessarily represent the views of Townhall.com. 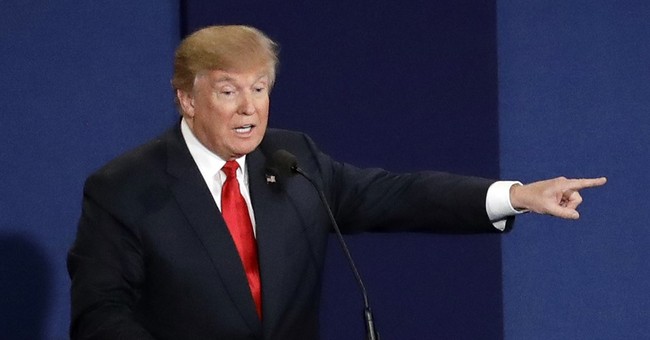 Some GOP leaders and conservative writers are convinced that Donald Trump has destroyed the Republican Party. To the contrary, I think Trump has given the public an enormous gift, and he has been assisted in that effort of late by WikiLeaks founder Julian Assange and Project Veritas' enfant terrible, James O'Keefe.

For some time, conservative voters and candidates alike have harbored strong suspicions about bias in U.S politics. Here are just a few:

"The press is in the tank for Democrats."

"Democrats are engaged in voter fraud."

Democrats have previously dismissed these with a collective eye-roll. Oh, how things have changed.

Donald Trump has blown a huge hole in one of the GOP's most consistent strategic errors: He has thumbed his nose at the press and has taken his message straight to the American public. Much to the shock of both the press and the GOP leadership, that tactic has been staggeringly successful.

Trump's primary successes have confirmed the diminishment of traditional media in politics, and Assange and his WikiLeaks team have exposed why Republican hopes of fair treatment at the hands of the press have been a fool's errand. We've known for years that the press is overwhelmingly left-leaning politically; however, WikiLeaks revealed that the media is willing to bend the rules to favor a Democrat candidate. Leaked emails between Hillary Clinton's campaign team and numerous members of the press reveal extraordinary favors given to Clinton, including:

--Giving her interview questions in advance.

--Allowing her to edit or delete quotes.

--Offering a preview of articles before they are published.

--Suppressing or delaying the release of unfavorable information.

As if this were not damaging enough, earlier this week O'Keefe released two undercover videos in which Democratic operatives Scott Foval, Aaron Minter and Bob Creamer represent on film how they would have thousands of people vote illegally, and they describe hiring people to incite violence with the "crazies" at Republican events.

Democrats scream that voter fraud doesn't exist, that voter ID efforts are unnecessary, and that those pushing for integrity in the voting process are just trying to disenfranchise poor or minority voters. Meanwhile, state after state finds incorrect voter registrations, dead people registered to vote and people registered in multiple states. Manhattan Board of Elections Commissioner Alan Schulkin was captured on film complaining that, "There is a lot of fraud, not just voter fraud, all kinds of fraud." Scott Foval bragged, "We've been bussing people in to deal with you f---ing a--holes for 50 years, and we're not going to stop now."

The press' reaction has been tepid. And, of course, now we know why. Thank you, Julian Assange.

It is not fair to smear all Democrat politicians, much less Democrat voters, by accusing all of them of engaging in or approving of these behaviors. But when this kind of corruption is taking place at the national level, and the press is so enmeshed in it that they refuse to call it out, we have a serious problem.

Democrat voters have some housecleaning to do. They must acknowledge that these practices not only run counter to the very values that Democrats purport to stand for, but also that they are actively ripping apart the fabric of the nation. You cannot reward those debasing the system by electing them.

Nor can we continue to deflect by saying, "Oh, well, they all do it." That's a cop-out. First, it isn't true; not all political leaders or parties incite violence or attempt vote fraud. Second, that reasoning gives anyone who hasn't engaged in political malfeasance justification to do so in the future. After all, if "everyone else" does it, then that's the only way to win. The press won't do a thing, and the voters clearly don't care.

Donald Trump, Julian Assange and James O'Keefe may or may not be three wise men. But they have come bearing gifts. They have ripped the cover off of a very rotten system, and have given us the opportunity to make a much-needed course correction.

We can and we must insist that our politicians conduct their campaigns (and their administrations) according to the principles in the Constitution and the values enshrined therein.