Laura Hollis  |  Jun 30, 2016
The opinions expressed by columnists are their own and do not necessarily represent the views of Townhall.com.
Top Columns
Trending on Townhall Media 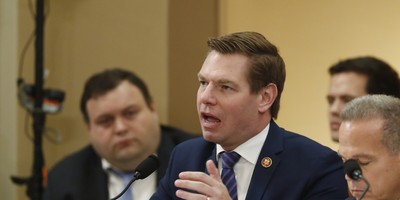 Did you hear the news? The five most liberal justices on the Supreme Court -- Justices Ruth Bader Ginsberg, Elena Kagan, Sonia Sotomayor, Stephen Breyer and trusty swing voter Anthony Kennedy -- handed down a decision that makes clear their support for the right to bear arms, free and clear of oppressive, pointless, and ineffective gun control restrictions!

You say you missed this? Well, you could be forgiven for not having recognized this important gun control ruling, buried as it was in an abortion decision.

On Monday, June 27, the Supreme Court, in a 5-to-3 decision, struck down the state of Texas' most recent regulations of abortion clinics in Whole Women's Health v. Hellerstedt. House Bill 2, passed by the Texas legislature in 2013, required abortion clinics to meet the same health and safety standards as other ambulatory surgical centers. The law also required that physicians performing abortions have admitting privileges at a hospital within 30 miles of the clinic where abortions take place.

A number of the abortion clinics operating in Texas could not meet these standards, and so they closed. Plaintiffs argued that these regulations thereby created an unconstitutional "undue burden" on women's right to receive an abortion. The five justices noted above agreed. (Nota bene: Even if deceased conservative justice Antonin Scalia had been seated on the Court would not have changed the outcome of the case.)

The precedential effect of this decision on similar laws in other states is unclear. Texas was unable to point to evidence that the regulations it had passed would save lives; other states may be more successful in that regard. But for our purposes, it is worth noting that many states that passed laws tightening safety standards for abortion clinics in recent years, did so in the wake of the horrific case of Philadelphia abortionist and convicted murdered Kermit Gosnell.

If you are unfamiliar with the Kermit Gosnell case (and you have a strong stomach), one of the best accounts is Conor Friedersdorf's detailed piece for The Atlantic in the April 2013 issue. As Friedersdorf relates, Gosnell's "clinic" was a house of horrors: blood, urine, trash and filth everywhere, unsterilized equipment, untrained personnel administering anesthesia. Gosnell had a history of injuring patients, and at least two had died. Most gruesomely, Gosnell also repeatedly and consistently violated Pennsylvania's laws against abortions after 24 weeks, aborting babies long after they were medically viable -- some as advanced as 30 weeks. Many -- perhaps most -- of these infants were born alive, and Gosnell "ensured fetal demise" (to use his euphemism) by cutting their spinal cords with scissors. Thereafter, he often stored their remains, "in bags, milk jugs, orange juice cartons, and even in cat-food containers."

Surely, a state has a compelling interest in preventing butchery like that which took place at Kermit Gosnell's clinic? Here is how Justice Breyer dismissed that argument:

Gosnell's behavior was terribly wrong. But there is no reason to believe that an extra layer of regulation would have affected that behavior. Determined wrongdoers, already ignoring existing statutes and safety measures, are unlikely to be convinced to adopt safe practices by a new overlay of regulations ... The record contains nothing to suggest that H.B. 2 would be more effective than pre-existing Texas law at deterring wrongdoers like Gosnell from criminal behavior.

Take a moment to let that reasoning sink in.

Now consider the recent outrage after Omar Mateen murdered 49 people at the gay nightclub in Orlando: the protests; the constant running commentary on every form of media; the petulant "sit-in" staged by congressional Democrats. Whenever some nutcase with a gun goes on a rampage, the left clamors indignantly for additional regulation. Even when -- as was the case with Mateen -- it can be demonstrated that proposed regulations would not have stopped the slaughter; even when Second Amendment advocates produce statistics showing the overwhelming majority of gun owners are law-abiding, those opposed to gun ownership scream, "But we have to do something!"

And yet, when it comes to abortion, the attitude is nothing to see here folks; move along. The media was infamously and scandalously reluctant to report on the Gosnell case. Last year, Planned Parenthood made olympian efforts to distract from the Center for Medical Progress' videos, in which Planned Parenthood personnel discussed selling fetal body parts.

Yes, when it comes to abortion, cooler heads must prevail. Abortions in Texas, we are assured, are of no concern. After all, only five women died from abortion complications in Texas between 2001 and 2012. (That we know of.) And, as Justice Breyer solemnly notes, abortion is a "constitutionally protected personal liberty," so laws purporting to regulate it are scrutinized more strictly.

Truly, it's hard to fathom how the Court is going to distance itself from or distinguish this reasoning when the inevitable gun control legislation makes its way up for their review. I'd love to be there when the attorneys representing our Second Amendment rights use Justice Breyer's own language against him. Because unlike abortion, the "constitutionally protected liberty" to keep and bear arms is actually written in the Constitution. Because while 99 percent of gun owners never kill another human being, everyone who performs an abortion does. And because if mild-mannered abortionists like Kermit Gosnell won't be "deterred" from their "criminal behavior" by "a new overlay of regulations," then it stands to reason that armed thieves, murderers and aspiring terrorists certainly won't be.