Laura Hollis
|
Posted: Feb 18, 2016 12:01 AM
Share   Tweet
The opinions expressed by columnists are their own and do not necessarily represent the views of Townhall.com. 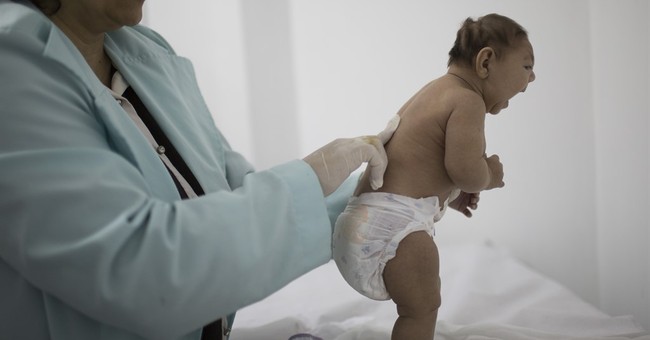 Since Supreme Court Justice Antonin Scalia's death on Feb. 13th, a virtual feeding frenzy has commenced. Conservatives are insisting that the GOP-controlled Senate refuse to confirm any nominee put forth by President Obama. Senate Democrats are in their typical state of hypocritical high dudgeon, conveniently ignoring their own past efforts -- often successful -- to block the appointments of individuals nominated by Republican presidents (including the first Hispanic nominee, Miguel Estrada, who withdrew his name from consideration after a six-month filibuster, and the infamous treatment of Judge Robert Bork).

There is so much riding on the appointment of the Supreme Court justice to replace Scalia that it cannot possibly be captured in one column. But one issue coming out of California gives a powerful sense of what's at stake.

The filibuster of Miguel Estrada in 2002 provides a foreshadowing of the coming battle. Estrada was blocked by pro-abortion Democrats. On Jan. 1st of this year, the Reproductive Fact Act went into effect in California; a law signed by Governor Jerry Brown last fall. This law, aggressively lobbied for by the abortion industry, forces pro-life crisis pregnancy centers to actively advertise and promote the availability of abortion services, as well as information about the centers that provide abortions. In addition, the law requires that crisis pregnancy centers post prominently a notice, which says, "This facility is not licensed as a medical facility by the State of California and has no licensed medical provider who provides or directly supervises the provision of services."

This is an outrage and a patent absurdity. Why doesn't the California legislature require pro-life pregnancy support centers to post a notice that they are not licensed bakeries, organic produce wholesalers, or nail salons either? Crisis pregnancy centers are not "licensed medical centers" because they do not provide medical services.

The purported reason for this law is to ensure women "access to information." (The New York Times in a recent article pushed this same angle with the headline, "Pregnancy Clinics Fight for Right to Deny Abortion Information.") This is a lie. Information about the availability of abortion is everywhere: There are ads in the Yellow Pages and all over the Internet. There are billboards on major roads, and social service organizations across the country routinely refer women to Planned Parenthood. No one is "denying" women in California anything.

California abortion advocates' motivation for this law is not altruism; it is resentment and greed. Abortion providers cannot stand the fact that many -- perhaps most -- of the women considering abortion when they arrive at pro-life pregnancy centers change their minds when presented with accurate information, like ultrasounds that show their developing child in utero.

That's money out of abortion clinics' pockets -- money that they desperately rely upon and press their employees to generate. That means diminished revenues and fees and fewer little bodies to dissect, chuckle over, and provide for medical experimentation, as the videos from the Center for Medical Progress revealed last year.

The entire premise of this law is based upon lies -- lies that pro-life pregnancy centers "deceive" women into thinking they can get abortions there, and that they only care about the developing fetus before it is born. These accusations are false and defamatory. Anyone who has worked with crisis pregnancy centers knows that they not only do not represent themselves as abortion providers, but that they also have a wide and deep network of volunteers and organizations that help provide the resources and support that mothers -- especially mothers in dire situations -- need to care for their babies after they are born.

And so we see once again the inevitable trajectory of the left's pet causes: first sympathetic cases, then calls for tolerance, followed by a push for legalization. Thereafter, the activity is proclaimed as a "right" requiring taxpayer subsidies. And even that is not enough; the left will eventually demand endorsement and finally, participation under coercion by the state.

California's Reproductive Fact Act is forcing thousands of its citizens to promote activities that they view as abject evil, that which run directly counter to their reason for existing, all in direct violation of their morals, values and religious beliefs. No other business or service faces a comparable burden. (Imagine demanding that vegan restaurants advertise places that serve meat, or insisting that animal rights organizations actively promote hunting lodges.)

Many centers are refusing, at great risk -- the law imposes fines of between $500 and $1000 for each "violation." Challenges to the law are making their way through the court system, and observers have every reason to anticipate that the constitutionality of the California statute will reach the U.S. Supreme Court. This is particularly likely, given that similar statutes have been struck down by federal courts in other states; a conflict between federal circuit courts of appeals on First Amendment issues would virtually ensure that the Supreme Court would take the case.

This oppressive California law needs to be struck down, and the First Amendment rights of those who oppose abortion and provide alternatives to it must be protected. A Supreme Court packed with pro-abortion justices is highly unlikely to protect those rights, any more than it has protected the millions of little human beings whose lives have been snuffed out since the Court legalized abortion in 1973.