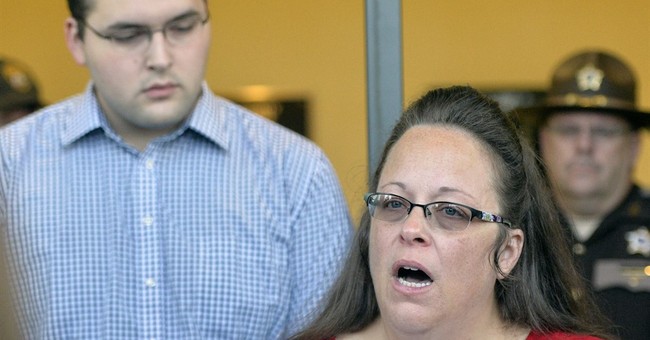 One hundred years ago, it may have made sense for those who called themselves Christians to gravitate to a new sociopolitical movement called "progressivism" as a means to improve the plight of the poor. But progressivism has wandered far afield from that uncontroversial objective.

The irony is that progressives purport to care about the lives of women, children, the poor, the oppressed, the disenfranchised and the destitute. And yet, without a consistent pro-life ethic, these are the very populations who are most devastated by modern-day progressive policies.

Abortion, as we know from over 40 years' experience -- and from the damning videos of Planned Parenthood released over the past few weeks -- is just the tip of the iceberg.

Christians are being played for fools by today's progressives, who have precious little respect for religious belief except to the extent it is useful to achieve progressive policy aims. We need look no further than our own disastrous experience with the passage of the Affordable Care Act. Progressives -- the president included -- used Catholics and other Christians to engender support for the idea of "universal" health care as a human right. Catholics, for their part, assumed that once the health care law was in place, their support for the law would be reciprocated by the Obama administration's respect for Catholic objections to funding abortifacient contraception, sterilization and abortion itself.

Notwithstanding the easy and inexpensive access to myriad forms of contraception, this administration has insisted that Catholics and other Christians provide all forms of contraception -- and pay for them. Christian individuals, hospitals, educational institutions and family businesses have been forced to litigate dozens of cases. The Supreme Court's decision in the Hobby Lobby case has not dissuaded the Obama administration at all, and the litigation continues. After a series of federal appellate decisions in the administration's favor, the 8th Circuit has just decided a case in favor of the plaintiffs, virtually assuring another Supreme Court case.

What should we anticipate next?

The progressive war against Christian mores will not stop here. We can fully expect abortion and euthanasia to be the next battlegrounds, under the guise of "health care" and "human rights."

Oregon, Vermont, Montana and Washington have already legalized assisted suicide. Two weeks ago, the California legislature followed suit. (Governor Jerry Brown has not, at this writing, signed the act into law.) In a recent New York Times article, Mark Reno, a Democrat legislator from San Francisco, hailed the result, comparing the issue to that of gay marriage.

Using gay marriage as a template, therefore, this is what will follow: the states will pass laws either legalizing assisted suicide or expressly forbidding it. As this is taking place, assisted suicide will increasingly be pitched (a la Brittany Maynard) as a "civil right," eventually resulting in a Supreme Court case and another one of Anthony Kennedy's lachrymose opinions in which he concludes that somewhere buried in the contrary language of the Constitution is the "dignity" of every elderly, terminally ill, depressed, anxious, disabled and destitute person that can only be achieved if they are put out of their misery. (Conveniently, as it now happens, this will also end their claims on the public purse).

For every right, there is a corresponding duty. Again, gay marriage provides a glimpse of the future. In Kentucky, Rowan County Clerk Kim Davis has become the left's latest punching bag for taking the position that her religious beliefs preclude her issuing marriage licenses to gay couples. Opponents sneer that her views are irrelevant; gay marriage is now the law, and so issuing those licenses is her job.

What then for the Christian physician? Abortion has been legal since 1973. When the Department of Health and Human Services issues a new regulation mandate requiring abortion to be "covered," will progressive Catholics and other Christians object? Should Christian physicians be compelled to perform abortions because it's "the law"?

And when assisted suicide and/or euthanasia become "law," will Catholic and Christian doctors be required to comply with that as well -- as is being contemplated now in Canada?

Advocates of assisted suicide insist that there are "safeguards" against abuse. That is demonstrable nonsense. The "abuse" will inevitably result from two things: the constant push to characterize every conceivable human suffering as justifying death, and the government takeover of health care.

One need only look to Europe. Switzerland, Germany, Belgium, the Netherlands and Luxembourg all permit assisted suicide. Belgium, the Netherlands and Luxembourg permit euthanasia as well. Assisted suicide has already been extended there well beyond its initial limits for the "terminally ill." Chronically ill and depressed people can now be terminated at their request. Significant numbers of patients -- often mentally ill -- are being euthanized without their request or consent, and in some instances without the knowledge of family members. Large numbers of assisted suicide and euthanasia cases are not being reported, notwithstanding the laws' requirements that a report be filed in each such instance. Belgium is harvesting organs from euthanized patients, and in the Netherlands children as young as 12 are allowed to request assisted suicide.

An ethos that purports to improve lives by taking them will always degenerate, because it starts from the premise that some lives have no value. This is a fundamental tenet of progressivism (and always has been), and it is utterly antithetical to a Christian worldview. When combined with excessive government power and control, it is a prescription for oppression.

There are many Christians who are both progressive and pro-life. But the direction of the American progressive movement leaves little room for them. And there will be less in the days to come.