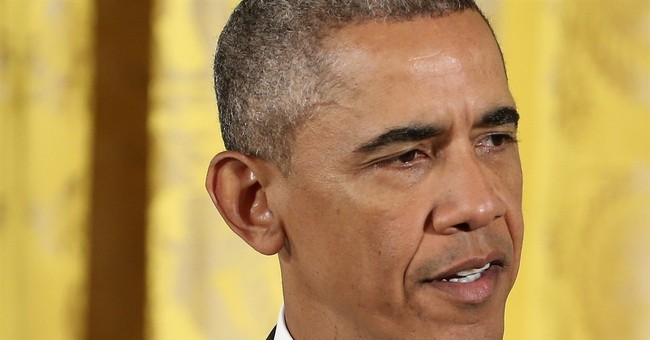 President Obama finally has his "deal" with Iran, and even the most enthusiastic supporters of the administration admit that Iran is the real winner here. Reading the terms of the agreement, it's not hard to see why.

The long-standing sanctions on Iran will be lifted immediately, freeing up over $150 billion for the country's use. This was the most crucial leverage that the West had with which to ensure that Iran kept to the terms of any negotiated arrangement. Opponents of this deal have long argued that sanctions needed to be lifted gradually, over time, after verifying Iran's compliance. That leverage is now gone. And once the sanctions are lifted, it will be extremely difficult -- if not impossible -- to put together the international scheme necessary to re-impose them. Iran knows this better than anyone.

But keeping to the terms of this deal doesn't appear to be terribly arduous for Iran in any case. Experts have estimated that Iran was just a few months away from having enough weapons-grade uranium to make a bomb. This new agreement extends that timetable to -- wait for it -- one year.

Iran is also supposed to reduce its number of centrifuges, but will still be able to keep thousands of centrifuges operational. And because Iran gets to keep -- and ramp up -- its "civilian" nuclear program, two of its primary reactors, at Arak and Fordow, are to be repurposed for engineering and nuclear physics research.

How is this markedly different from weapons research? How will inspectors be able to tell the difference?

David Kay, former UN chief weapons inspector, warns that they won't. In an interview with Defense One's technology editor Patrick Tucker, Kay points out that if radiation is detected and the Iranians are challenged, they can simply claim that the radiation is from old programs or newer, permitted, "civilian" uses.

Kay also explains that current technology often has multiple purposes, making it suitable for both permitted and forbidden uses. This, Kay warns, will pose the most serious challenge for inspectors:

Tucker explains, "For instance, some machine tools used to produce centrifuges are 'perfectly usable' in various conventional-weapons programs: 'making your missiles fly better, straighter, producing with numerically controlled machine tools, all sorts of stuff like that.'"

If the substance of inspection jobs will pose problems, the process to reach the point of inspection is no better. Those most familiar with Iran's nuclear work had pressed for "anytime, anywhere" inspections. But here, again, Iran got what it wanted, and the U.S. caved. Iran now has 24 days to grant an inspection after one is requested. If, thereafter, it does not grant access, the matter must go to an international arbitration committee upon which Iran will have a representative, as will Russia and China. One can easily imagine those negotiations going on for days or weeks -- all the while Iran could be flouting the terms of the agreement.

Finally, the time limits imposed by this "deal" are so short as to be nearly meaningless. With enough weapons-grade uranium to build a bomb in one year, the only thing missing is a delivery device. Happy to oblige: Iran gets the ability to buy conventional weapons -- on the open market -- within five years, including missiles, warships, jets, tanks and helicopters. Need it be mentioned that Iran's ability to purchase these translates to its ability to provide them to the terrorist organizations it supports all over the planet?

It's hard to understand what motivates President Obama to trust a regime that can simultaneously be negotiating, all the while calling for the destruction of Israel, chanting "death to America" and simulating the destruction of a U.S. aircraft carrier during war games. Events since the president's 2009 Cairo speech should have disabused him of the naive notion that enemies in the Middle East will "come around" if we're just nice enough. The fact that he apparently still clings to this notion is deeply disconcerting.

Israeli President Benjamin Netanyahu was mocked for his rhetoric when he spoke before Congress earlier this year, but he has been proven correct: This deal is not about whether Iran gets a nuclear bomb, but when. Obama seems to assume that, once they have it, they will change their minds about what to do with it.

It is hard to overestimate the folly of that assumption.