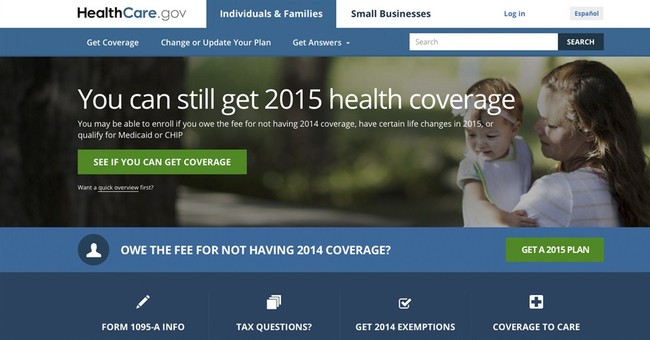 If there is one thing that most failed policy initiatives (not to mention entire political and economic systems) have in common, it would have to be the refusal to acknowledge human nature.

Take health care, for instance. Last week we heard that the state of Hawaii is shutting down its state health care exchange for lack of money. This is not the first time Hawaii has faced a statewide health care policy predicament. In 2008, the state tried to implement free health care for children. Drafters of the law intended the coverage to be only for families without other insurance. Unfortunately, the law as written did not say so. The result? Thousands of families canceled their insurance so that their children could qualify for “free” health care. The program went over budget and had to be shut down within just a few months.

Why did this happen? Because it is human nature to try to get something for free, rather than having to work for it. You would think policymakers would recognize this. But it is astonishing how frequently they utterly ignore it.

The Atlantic magazine published a piece this week entitled, “What if everybody didn’t have to work to get paid?” The author interviews Scott Santens, an activist in the “basic income movement,” which argues that the government should provide a threshold level of income to everyone, thus obviating the need to work -- unless you choose to.

The problems with such a proposal -- most traceable to human nature -- are legion. Basic-income advocates seem blithely dismissive of them.

Santens argues, for example, that people with a basic income would be able to work at the jobs they love to do, not those they have to do. But this assumes that “basic income” recipients would choose to work. That further assumes the existence of a strong work ethic -- something that is not human nature, but must be inculcated. That is a task made more difficult in a culture that promotes being handed money without doing anything to earn it. There are already plenty of people who game the welfare/food stamps/disability/Medicaid system to avoid working. People would take similar advantage of the “basic income” system and refuse to work.

Do we really have to ask why? Human nature.

And where would the government get the money to pay everyone a “basic income”? Presumably from those who choose to work harder and make more money. But human nature also powerfully suggests that far fewer people would be motivated to make that choice, knowing that they would now be struggling to support not only those who could not work, but many who will not work. (The article cites a German experiment in which 19,000 people have agreed to crowdfund a “basic income” of 1,000 euros a month for -- wait for it -- 11 people. Using that ratio, it would take more than 345 billion people to provide 200 million adult Americans with a monthly stipend of just over $1,100 a month!)

This is where better understanding of the role of human nature in entrepreneurship is so vitally important.

Santens is making progress crowdfunding his way to a $1,000/month basic income. Let’s assume that 1,000 people commit to giving him $1 a month -- for nothing in return. It’s true that that’s a pittance. But it’s just charity. (Or perhaps curiosity.) And yet that same model could produce a much larger monthly income if, by contrast, Santens provided people with something they needed or wanted (like a great book, for example, as he’s a writer). He could get many more people to part with much more than $1, and in so doing obtain an excellent income for himself.

The entrepreneurial spirit is also part of human nature, on display in every culture. But too few understand entrepreneurship; people have lost sight of how human commerce works. This is in part because popular media portrays business as greed, exploitation or outright theft, and so there is insufficient thought paid to what it takes to actually get people to part with their hard-earned cash. A product or service that is of value to people prompts them to do so -- often in very large numbers.

America has become the most prosperous -- and the most generous -- country in the world because we have always embraced and made manifest the entrepreneurial spirit, which is, by the way, an endeavor requiring hard work.

Instead of trying to finagle a way to avoid unpleasant work or get something for nothing, Santens -- and others like him -- should apply their entrepreneurial spirit to the challenge of identifying things people need and want and providing them. If they succeed, they will receive much more than a “basic income.” They will enjoy success beyond their wildest dreams.