The Real Lessons From The VA Scandal 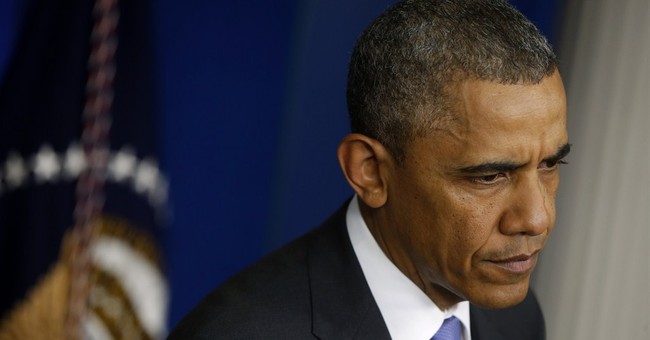 Republicans are eager to pin this on the President, whose party is already struggling to avoid massive losses in a mid-term election year. In the hunt for more details and expedient scapegoats, however, the larger lessons are obscured. Here are three:

Lesson One: this is not the first time that the VA has been embroiled in a scandal involving poor care and bureaucratic mismanagement.

As ABC News recently reported, they conducted an exposé of VA hospitals fourteen years ago, and found conditions as bad as or worse than the secret “waiting lists” that have apparently resulted in the deaths of numerous veterans, including:

· Delays of months - or even years - for treatment

· Unaccountable bureaucrats promoted despite literal theft from the system

This has been going on a long time.

Lesson Two: Veterans are not the only casualties in the saga of lousy government-provided care. Lost in the current furor about VA hospitals is another ongoing scandal, involving a more ignored population - Native Americans - most of whom receive their health care from the federal Indian Health Service. In a heartbreaking story that got some attention in 2009, it was revealed that the IHS was so ineptly run that its users would say, “

Indian tribes, like veterans, have experienced substandard care for decades. Native American patients have been unable to receive treatment for such fundamental medical needs as gall bladder surgery, cataracts, cancer – even frostbite. There is virtually no preventive dental care in some places; even minor problems are addressed by pulling the patients’ teeth. And in an agency that struggles on a budget they say is painfully small, waste is still a problem; GAO reports in 2008 and 2009 revealed $20M in lost equipment, including x-ray and ultrasound machines, vehicles, and computers.

The problem is not one of spending; it is one of structure. Care provided to Native Americans is poor not merely because of IHS’ inadequate funding, but because tribal members have few other options. The same can often be said of VA hospitals. (News articles mention that veterans’ families have had to take their loved ones to private hospitals for accurate diagnoses or treatment – often too late.)

The Obama administration did not create these problems, and it is unfair to lay the blame for them at the President’s feet. But what they can and should be held accountable for is their intention, nevertheless, to subject all Americans to these same risks under the burgeoning monstrosity that is Obamacare.

It is too early to know who the Democrat front-runner will be in 2016. But Hillary Clinton has been a fan of so-called “single payer” for at least two decades. And many other Democrats have made no bones about their ultimate desire for a single payer system. We can fully expect that argument to be made – despite the obvious evidence contra provided by the Veterans Affairs and Indian Health Service stories.

Former undersecretary of health Dr. Jonathan Perlin was quoted as saying that most VA care was good, but “in a big system, bad things happen.” There are only seven million veterans, and fewer than two million Native Americans. Despite ample evidence of the decline in quality that comes with government control of healthcare, the single payer advocates assure us that the same government will provide quality care for over 300 million people.

If you want to know what the “quality” of single payer care would be like, you need only look at the headlines. There, conservatives can find the lessons to heed and point out to American voters, not merely for purposes of winning elections, but for defeating failed policies that will replicate the VA and IHS scandals on a more widespread scale.