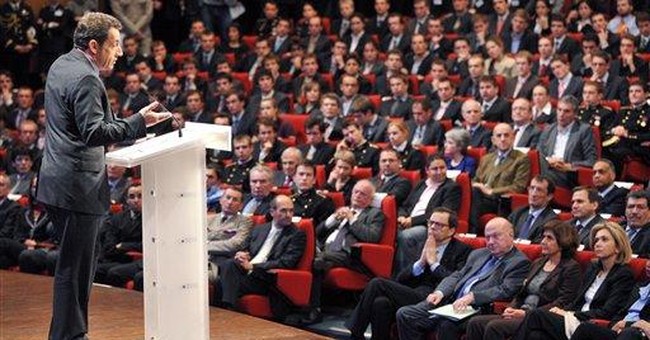 In 1961, President John F. Kennedy issued an executive order directing the federal government to take "affirmative action" to ensure that no person was denied employment based on skin color, but this policy evolved into racial bean-counting.

"It was a young president's unambiguous directive that race be removed rather than added as a factor in government employment," writes Larry Purdy, author of Getting Under the Skin of "Diversity": Searching for the Color-Blind Ideal. "Yet today, nearly 50 years after President Kennedy issued his order, affirmative action has been politically redefined by those who practice raw racial politics, a group which in 2003 included five justices sitting on our nation's highest court. The policies spawned in the name of affirmative action now mock the phrase's original meaning."

Purdy, who served as trial counsel for plaintiffs Barbara Grutter and Jennifer Gratz in race preference cases that reached the Supreme Court, offers a rebuttal to The Shape of the River: Long-Term Consequences of Considering Race in College and University Admissions, a pro-race preferences book written by former Ivy League presidents William Bowen and Derek Bok. Purdy also critiques Justice Sandra Day O'Connor's majority opinion in Grutter v. Bollinger, which was influenced by the book.

Bowen and Bok studied 28 highly selective schools to test their hypothesis that race made a difference in the admissions decisions for black graduates who went on to successful post-graduate and professional careers.  However, as Purdy points out, nowhere do Bowen and Bok offer proof that all 28 schools actually considered race in their admissions decisions, much less the degree to which "race mattered" in admissions, if at all.  In Getting Under the Skin of "Diversity," Purdy not only contends that Bowen's and Bok's data are insufficient to support that preferences are a net benefit to society, but goes further to argue that preferences, however well intended, are a net detriment to the very students they were designed to help.

Although Bowen and Bok refused to release the study's underlying data for independent review, even without it Purdy managed to calculate and conclude that their findings were implausible. For example, again with regard to the 700 "retrospectively rejected" black matriculants:

Isolated acts of discrimination cannot and should not be used to label an entire country racist. Colorblind principles, particularly colorblind government policy, provide the best way to eradicate racism. Getting Under the Skin of "Diversity," is a robust and informative guidebook for reaching that goal.