Larry Provost
|
Posted: Nov 25, 2019 12:01 AM
Share   Tweet
The opinions expressed by columnists are their own and do not necessarily represent the views of Townhall.com. 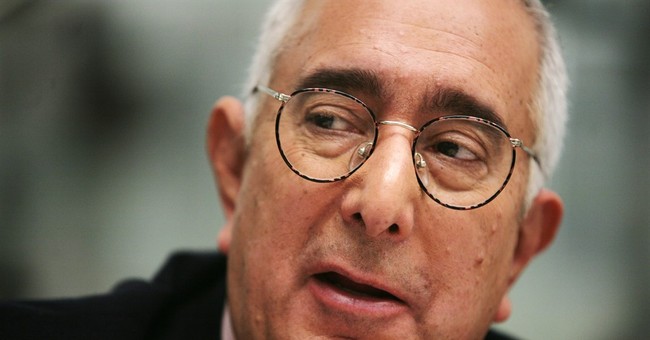 Q: Tell us about your parents.

A: They were very intellectual, smart, and well educated. They knew a lot about economics, current events and history. They were art fans .My father was sick of FDR and thought he had been in office long enough. Politically,  my parents were very conservative.

Q: What was the most important lesson your parents taught you?

A: The main one was work hard and be very proud of being an American. My parents were the most patriotic people I have ever met in my life. They had no patience for anyone who was critical of America.

Q: Did you personally witness racial segregation growing up in Maryland, or elsewhere? How far has America come on civil rights?

A: Goodness gracious. The schools in Maryland were originally segregated, as were the neighborhoods. A black person could not go anywhere a white person was. Even newspapers, in the crime section, would say “C” or “W” to indicate whether a person was white. Motion picture theatres were segregated too and usually black people sat in the balcony. It was a highly segregated society. We have come incredibly far. America has no more collectively organized racial discrimination or segregation. It is in no one’s economic, political, or moral interests to do so and that is a good thing.

Q: Tell us why you love Richard Nixon.

Q: What about his anti-Semitic statements?

A: It does not bother me at all. Nixon made some anti-Semitic comments but I do not care because he saved Israel. Not FDR, not Churchill, no one stood up for Jewish people and Israel like Richard Nixon. It’s a very rare thing. I love him for it. I will always love him for it.

Q: What did you do in the first few years after Nixon left office?

A: I went to work as a speechwriter and columnist for The New York Times. I also wrote for Barrons and various other magazines like The Saturday Evening Post as well as The Washington Post  I wrote, wrote, and wrote. Bob Bartley of The Wall Street Journal said “I wish we had seven more like you.”

Q: How did you get the role in Ferris Bueller’s Day Off?

A: I was lucky. My close friend, Michael Chinich, was head of the John Hughes Company and asked me if I wanted to be in it. He had me reading a role and put me up on the camera. At first, I was not going to be on camera but the student extras laughed so much they put me on camera.

Q: You were the first non-Christian, and obviously first Jewish, commencement speaker at Liberty University. How were you treated by that Christian audience?

A: Great. Just great. Absolutely great. Just wonderful. Wonderful people. I did not know until now that I was the first non-Christian commencement speaker. They treated me so well.

Q: The current attempts at impeachment?

A: It’s nonsense…just absolute nonsense.  He (Trump) is allowed to ask the head of a foreign country if there is some funny business going on.

Q: There was a story that Julie Nixon Eisenhower, daughter of Richard Nixon who married Dwight Eisenhower’s grandson, told you about Donald Trump?

A: She told me her father, after leaving office, had been rejected when he was looking for housing in New York City and was looking to move there from California. Several co-op boards were very mean and snaring to him.   Donald Trump sent word to him (Nixon) that “You can live in any one of my buildings. No one is going to keep you out of any buildings I own.”

Q: Have you lost work due to your spiritual and political stands?

A: Because of my belief that God created the heavens and the earth?! I lost lots of work because of that. When I came out with my movie Expelled it seemed I dropped off the face of the earth.  he worst was not from Hollywood but from academia. For me to say that Hitler was a follower of Darwin was like being labeled a Holocaust denier.

Q: Are there a lot more conservatives in Hollywood than people think?

A: Yes. There are a lot more but they are mostly not the big powers and the big names. Lighting people, sound people, engineering people.

Q: I understand you have a great love for animals. What can having pets teach us as people?

A: Having pets teaches us to love, to accept and to be loved.

Q: You have been a writer, actor, professor, and attorney. Which one of those do you enjoy the most?

A: I like being a teacher the most. I taught at USC, Santa Cruz, American University and Pepperdine in Malibu. I love writing but I love teaching the most of anything.  Teaching is a wonderful job.

A: Ferris Bueller’s Day Off, obviously.  The other is Gone With the Wind.  It is the classic movie and the definition of a great movie.

Q: What should conservatism look like when Ben Stein turns 100?

Q: The relationship between Christians and Jews in America….tell us how you have seen it change in your lifetime and where you see it going.

A: It is getting better and better and better.  When I was a child, there was real anti-Semitism on the part of many Christians.  I am sure it is there today but I do not see it.   It is a modern miracle.

Q: I once heard you say that, for you, America is the Promised Land.  Is that still the case?

Q: Though it is your special day, would you like to give a shout out to anyone?

A: My wife is the best person in the whole world and I love her very much.  Julie Nixon Eisenhower is my second favorite woman even though I have not seen her in years.  All my dear friends they are wonderful people too.

Q: Any other words of wisdom as you enter 75 years of age?

A: Yes, do not spend all your money.  Save some.   It gets tight when you get old and cannot earn any money but you are used to spending it.  Live frugally.