Wait... Cori Bush Is a Republican?

Larry O'Connor
|
Posted: Aug 05, 2021 12:01 AM
Share   Tweet
The opinions expressed by columnists are their own and do not necessarily represent the views of Townhall.com. 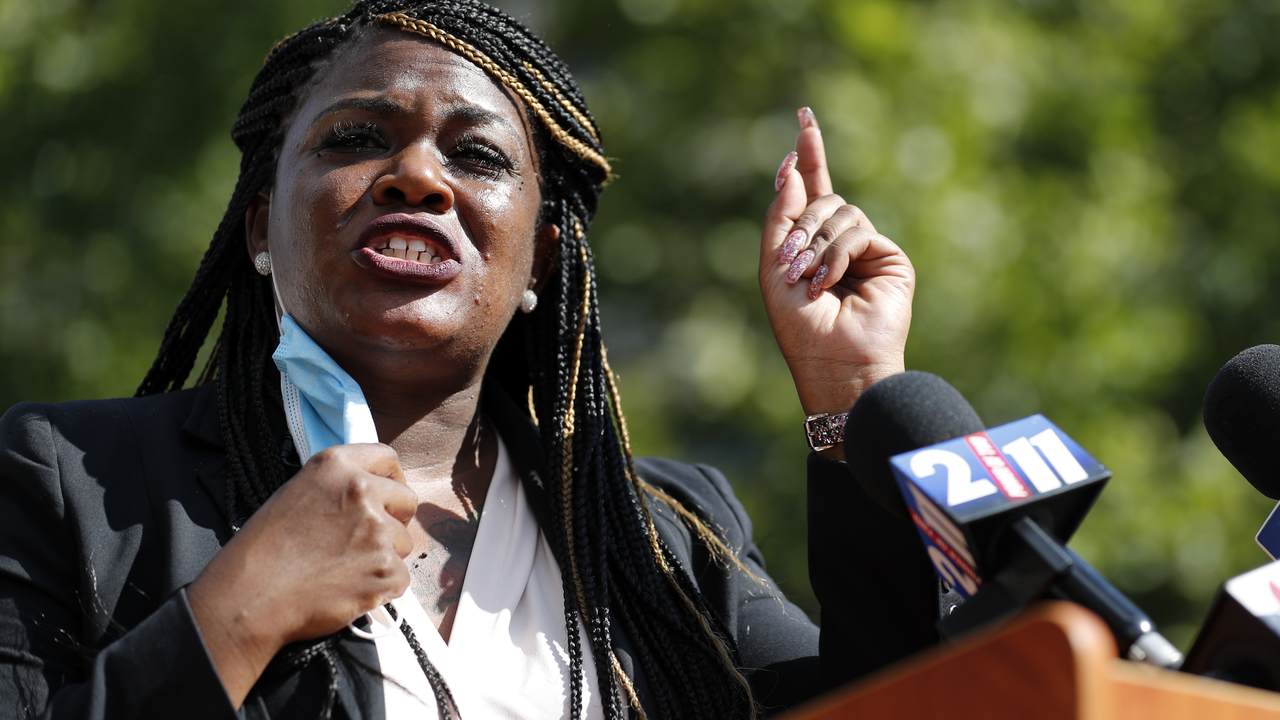 Joe Biden told me that Republicans want to defund the police. His press secretary reiterated it many times at her scintillating and awe-inspiring daily briefings.

"The White House is responding to relentless Republican charges that it wants to "defund the police" by embracing the message that there are, in fact, politicians angling to starve law enforcement of needed money: congressional Republicans.

The White House launched the counteroffensive as advisers push to shore up President Joe Biden's low approval on crime and fight an attack that could damage Democrats in the midterm elections next year."

The mainstream, corporate propaganda press repeated it over and over again. "Republicans want to defund the police!" they told me.

The Fox News anchor Chris Wallace made headlines of his own on Sunday, by pointing out to a senior Republican that he and the rest of his party recently voted against $350bn in funding for law enforcement.

“Can’t you make the argument that it’s you and the Republicans who are defunding the police?” Wallace asked Jim Banks, the head of the House Republican study committee.

In fact, they claimed Donald Trump had already tried to defund the police.

Pushing back on lies from the Trump White House, today U.S. Rep. Bill Pascrell, Jr. (D-NJ-09), the co-chairman of the House Law Enforcement Caucus, has an article in the New York Daily News discussing how Donald Trump has sought to defund and denigrate law enforcement throughout his presidency.

When Biden was asked directly about Republicans' claims that Democrats want to defund the police, he incoherently shouted: "They're lying!"

Don Lemon: "How do you respond to Republicans who try to paint you and your party as anti-police?"

More recently, Biden was asked if there were people in the Democratic Party who wish to defund the police. This time his barely-coherent babble was more bizarre than usual.

"Are there people in the Republican Party who think we're sucking the blood out of kids?" he blithered in his semi-demented manner.

.@ShelbyTalcott: “Are there people in the Democrat Party who want to defund the police?"

Biden: “Are there people in the Republican Party who think we’re sucking the blood out of kids?”

So this is a pretty compelling argument that we, the unwashed and uneducated masses, must take as the CAPITAL T TRUTH! Hear us now and don't ask questions: IT'S THE REPUBLICANS WHO WANT TO DEFUND THE POLICE!

So, imagine my surprise today when I learned Cori Bush, the Missouri congresswoman, had switched parties and is now a Republican.

I know, I know... this may come as a shock to you. I mean, this is the same Cori Bush who just camped out on the steps of the Capitol demanding that Biden defy the law, the Constitution, and the Supreme Court and order his CDC to extend an eviction moratorium. (Of course, he did because he wouldn't get any more ice cream until he signed all those fancy papers Jill and Kamala put in front of him.)

This is also the same Cori Bush who famously coined the phrase "birthing person" in her congressional testimony when talking about mothers.

This is the same Cori Bush who ran as a radical, left-wing Democrat on the "hands up don't shoot" lie in Ferguson.

But, believe me, now she's a Republican because she admitted today that she will accept nothing but defunding of the police.

"I'm going to make sure I have security because I know. I have had attempts on my life and I have too much work to do there, too many people that need help right now for me to allow that. So, if I end up spending $200,000, if I spend 10 more dollars on it -- you know what? I get to be here to do the work. So suck it up and defunding the police has to happen, we need to defund the police and put that money into social safety nets."

Yup. There you have it. Clear as day.

She doesn't care about your security; you can pound sand. She feels threatened, so she's going to be sure she is protected because it's too important for her to take your safety and security away from you.

Think about that reality for a moment.

"Suck it up. Defunding the police is going to happen."

Biden and Psaki and Chris Wallace and corporate media hacks and Democrats have told me that it's Republicans and Trump who are the ones who want to defund the police. And they never lie, right?