Larry O'Connor
|
Posted: Mar 05, 2021 12:35 PM
Share   Tweet
The opinions expressed by columnists are their own and do not necessarily represent the views of Townhall.com. 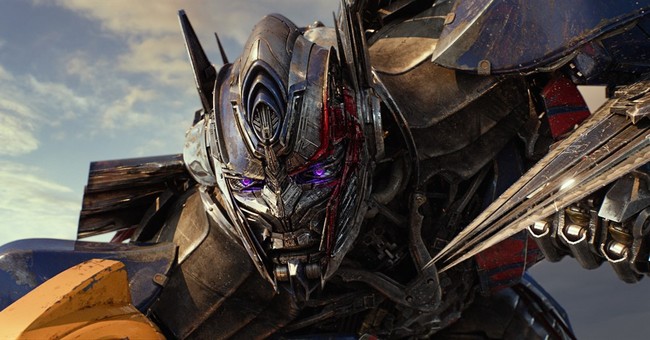 A minor war between neighbors in DC's tony and exclusive Georgetown neighborhood has made national headlines and serves as an allegory on everything that is wrong in America's newsrooms and the elite journalists who occupy them.

It revolves around Dr. Newton Howard, a genius brain scientist (really, that's what he does) at Georgetown University by way of Oxford. Howard works with robotics and artificial intelligence to assist victims of Parkinson's disease and amputees who use prosthetics. In other words, he uses his intelligence, education, and gifts from God to help those who cannot help themselves. He is, in short, the good guy.

His work with robotics, machines, and technology to better the human condition inspired a love for Transformers mythology and the series of films based on the toys and stories. He loves the films so much he built five life-like statue replicas of the film's robotic characters.

During the doldrums of DC's pandemic lockdown, Howard decided to spread some joy in his sad, locked-down neighborhood. He moved the films' protagonists to his front stoop. Bumblebee and Optimus Prime now stand heroically on either side of his front door on existing planters that had originally displayed boring shrubbery that brought no joy to anyone except perhaps the Knights who say Nee (but that's another story).

Once Bumblebee and Optimus Prime began guarding the neighborhood, something amazing happened. Children started to smile... even laugh. Families would stop and take their pictures next to the inter-galactic guardians. People were having fun.

They forgot their troubles surrounding the economic woes of DC Mayor Muriel Bowsers' draconian shutdowns. They forgot the divisive political vitriol so-often heard down the narrow corridors of DC's neighborhoods. They forgot, for just a moment, the destruction and turmoil over the riots of 2020 that harmed so many businesses in Georgetown.

For a little while, the people of this DC community found something they could unite behind, the smile that came to their faces when they turned the corner and saw these titans towering over their sidewalk. It was great.

Enter the bad guy. The Decepticon, if you will.

Now, to be clear, I would've never believed kindly, affable Luke Russert, son of legendary "Meet the Press" host Tim Russert, would be the villain in any story like this. He's been pretty charming ever since his days as an intern on ESPN's "Pardon the Interruption."

But, for some inexplicable reason, Russert decided that his neighborhood should be purged from the poison of these Transformers. And, apparently, it's gotten pretty ugly.

"What's to stop someone from putting up a statue of Joseph Stalin and saying, 'Well, this is provocative, it's art, it speaks to me,'" he said at the meeting. "They are a nuisance, they are an eyesore, and they detract from the spirit of the neighborhood. I think a lot of us were perplexed how quickly they went up."

This is a perfect allegory for the disconnect between the elites in Washington, DC, and in the protected, pampered, entitled members of the media who have lost sight of basic American humanity.

I understand you may think I'm overstating the case. But stop for a second. If I had told you this story and then said that one person in the neighborhood objected to the statues and I asked you to guess the antagonists' profession and political alignment... and all you knew was that he lived in one of Washington, DC's, wealthiest, exclusive neighborhoods, would it take you more than two guesses to land on "liberal journalist?"

Dr. Howard is not just a brilliant scientist, as I described above. He is also an immigrant who loves America. He served in the United States Army and did tours in Iraq. He is also, apparently, independently wealthy with, as he told me in an exclusive interview, "bankrolled up to $5 billion and all the time in the world."

In other words, Russert is going to lose this war. He should just stop.

In the meantime, I implore you to listen to my interview with this remarkable man and hopefully, for a little while, enjoy a smile and maybe even a laugh.