What's Next for Trump?

Larry O'Connor
|
Posted: Jan 30, 2021 12:00 PM
Share   Tweet
The opinions expressed by columnists are their own and do not necessarily represent the views of Townhall.com. 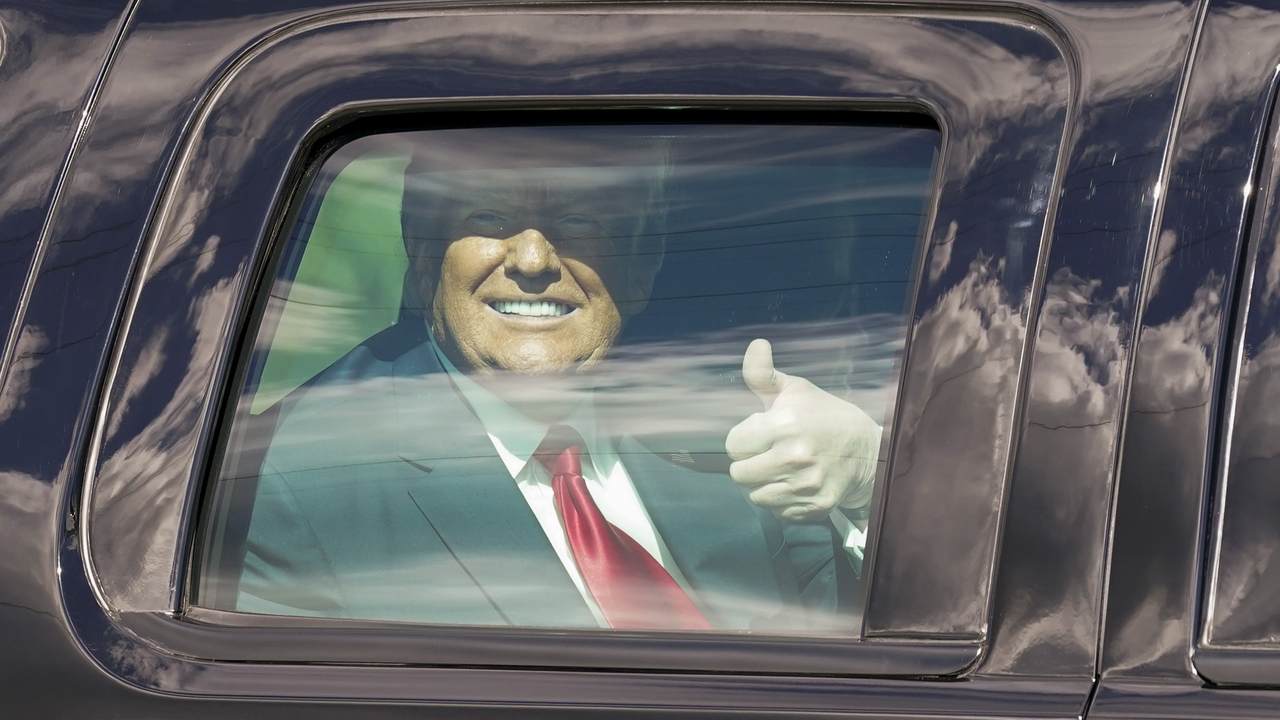 It's been less than two weeks since Donald Trump was president of the United States, but in some ways, it seems much, much longer.

The final, tumultuous days of his presidency prevented the usual spate of out-going dissections of his tenure, legacy, and future plans. Every other former president in our lifetimes enjoyed an appropriate reflection of their achievements and shortfalls as well as many analyses of their future plans.

Not so with Trump.

Just as he entered the political landscape in an unprecedented and historic way, so too did he exit.

One strange phenomenon over the past ten days has been for many in the media (mainstream as well as alternative) to ignore the vital task of examining Trump's presidency from a policy and accomplishment perspective and skip right to the "What will Trump do now?" part of the post-presidency discussion.

It's as though Trump the man, Trump the personality, continues to outshine and overpower the actual ideas and policies of Trump the movement or Trump the president.

His presidency was consequential and worthy of study, and over the course of the next several weeks, I intend to engage this column in that task.

But, in the meantime, let's join in the "What's next for Trump?" speculation game.

Let's leave the biggest question of "Will he run again?" for later because, in a way, it's less important. Stay with me; you'll see why.

Will he start a third party? I sincerely doubt it. He could have done so in 2015 when he decided to launch his extraordinary candidacy, but he knew that the way to win is through one of our two parties. As flawed as it is, America's two-party system provides a level of continuity and stability that has prevented wild, catastrophic pendulum shifts in policy and in back-room dealmaking that we see in multi-party, parliamentary models in Europe and elsewhere.

Trump knows this. And he knows that dividing the anti-Socialist vote in America ensures victory for the Socialists for many years to come. If you're pissed at Republicans right now, the best way to get even and make them feel your wrath is to get involved, run, and win in primaries within the system they've created.

It's exactly what Bernie Sanders did to the Democrats. Think about it... ten years ago, Sanders (an independent who did not identify as a Democrat but voted with them in the Senate) was a solitary, joke ranting about his statist beliefs from the backbench.

When he chose to run for president, did he stay independent? No. He ran as a Democrat, and within three months, he was challenging not only the solitary, dominant figure in the party, Hillary Clinton, but he was challenging the very orthodoxy of the Democrats' belief system.

He ran and lost in both 2016 and 2020, but if you're honest, you'll acknowledge that he has had a greater impact on the philosophy and policy direction of the Democratic Party (a party to which he doesn't really belong) than Hillary Clinton or Joe Biden have had over the past five decades.

Today's Democratic Party is more a reflection of Sanders' socialist agenda than Biden's establishment history. It would never have happened if he had started a third party.

If Trump wants to leave a lasting impression on the party he led for the past several years, he'll use his influence to change it from within. That's what I suspect he will do.

Trump will be Trump; God knows that. And there's really no predicting. But, if he truly intends to leave a lasting legacy on this nation, his goal would be better served by not running for president and being the single most influential person in helping his successor to victory.

If Trump runs and wins again, then the joy, enthusiasm, and passion surrounding Trump's policies and America First ideas will be written off as a cult of personality that was never really about making America great but merely about the spectacle of a former businessman and reality show star who figured out a way to catch lightning in a bottle and make his way to the White House without ever running for political office before.

What a pity that would be.

If a candidate emerges from the already crowded and talented pool of men and women who appear poised to run in 2024 who can embrace the Trump policies and ignite the Republican Party to unify around the trade, economic, immigration, and national security ideas that Trump ran and won on, it would cement those views into the DNA of America's conservative political movement and transcend Trump the personality forever.

Let Pompeo or Grenell or DeSantis or Pence win on the same policies Trump would extoll at his rallies, and it will prove that it wasn't about red hats and witty one-liners... it was about the idea so perfectly crystallized in those two words: America First.

So if Trump doesn't run, what should he do? It still leaves us with that nagging question: What's next for Trump?

I have an idea.

Trump, above all else, is a master at media. Whether it was books or television or news media or Twitter, Trump mastered them all and excelled at the highest levels of each of the mediums he chose to participate in. Not only did he dominate the corners of the media in which he dwelt, but he also recognized every minute of the way how incredibly important and influential they are.

He's also seen how destructive the media can be and how powerful they have become.

It's time for Trump to give a lifeline to those of us still fighting the fight with these media titans and help build a new empire for conservative, right-of-center and America First voices.

He could create a media dynasty that his children can takeover that will rival what the Murdochs have built (and appear to be on the verge of squandering).

Think of it: A cable/streaming/social media conglomerate with the Trump brand. Real news, not fake. Delivered on cable systems but also bypassing the cable monopoly and delivered directly to consumers on multiple streaming platforms. Truly free social media, not woke, totalitarian thought control.

The Trump news and media empire could easily dominate and lay to waste fledgling dinosaurs like CNN and have the last laugh. And, more importantly, it could truly change our country for the better.

Trump knows this, too.

As Andrew Breitbart always said, "Politics is downstream from culture." Change our culture, change what we consume in news media, pop-culture, and social media, and you truly change our politics, policy, and our nation.

Trump's been president. He doesn't need to do that again. Now he can make a lasting difference by changing the media landscape forever. Not only would he have the last laugh on the dominant media culture who tried to destroy him at every turn, but he'd have a great time doing it.

He deserves that. And so do we.