Larry O'Connor
|
Posted: May 21, 2020 12:55 PM
Share   Tweet
The opinions expressed by columnists are their own and do not necessarily represent the views of Townhall.com. 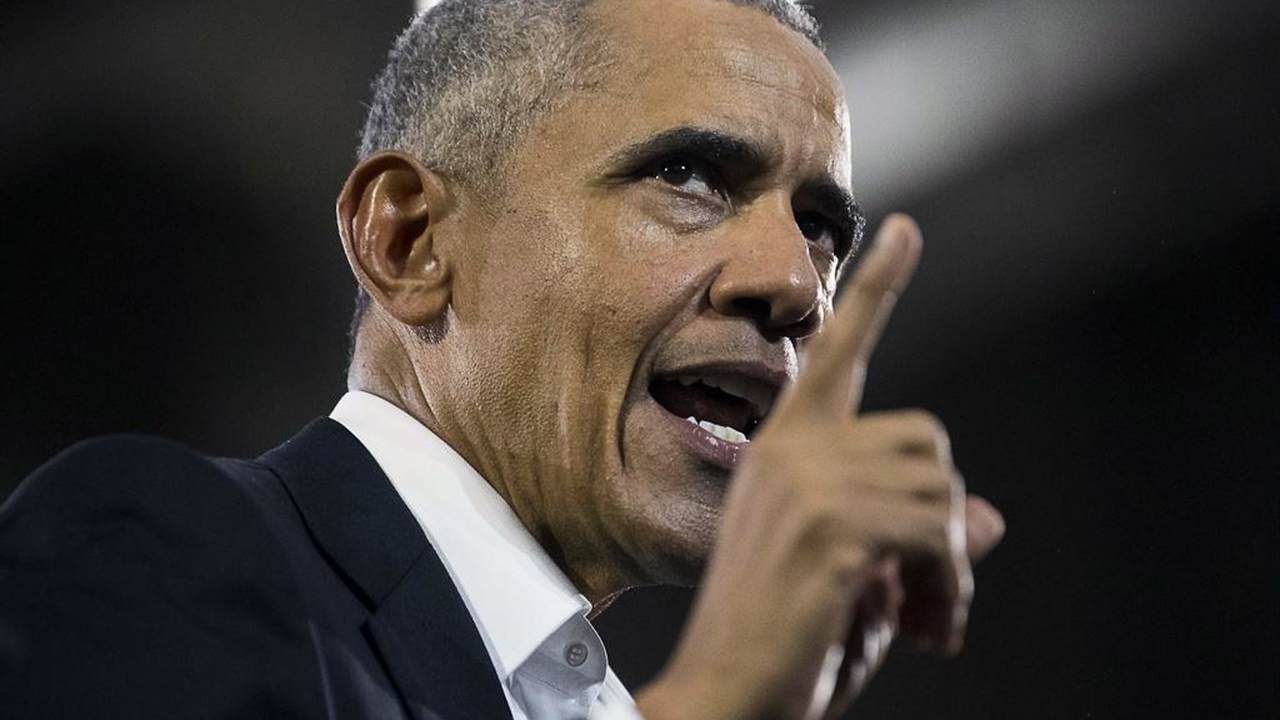 The Obamagate conspiracy is unraveling before our eyes, and it reveals the true legacy of the Obama presidency: deceit, abuse of power, and the use of the Justice Department and intelligence agencies to surveil and punish the former president's political enemies.

This week Attorney General William Barr announced that he did not expect criminal investigations into the Obamagate scandal to reach the namesake of the conspiracy, former President Barack Obama.

"As to President Obama and Vice President Biden," Barr said, "whatever their level of involvement based on the information I have today, I don't expect Mr. Durham's work will lead to a criminal investigation of either man."

Of course "I don't expect" and "based on the information I have today" leaves room wide enough for several satisfactory scenarios but let's, for the sake of argument, assume that the ongoing criminal investigation into the Obama Administration's Justice Department, FBI, and intelligence communities delivers indictments and possible convictions of several nefarious actors but doesn't reach as high as Obama and Biden.

Is this supposed to be some kind of victory for them? In who's universe?

Let's re-examine what I just proposed. Did you catch it a couple of sentences ago? I will state it again...

One year ago, that statement was considered a fever-dream of the right-wing, Trumpist conspiracy-theory peddlers who were denying the undeniable truth that Trump was president solely because he criminally conspired with a foreign adversary. Now, it is an undeniable fact that the Justice Department is investigating several figures in the Obama Administration for unlawful activity, and many indications suggest the evidence leads to former CIA Director John Brennan.

An indictment of Obama's henchman at the CIA, Mr. Brennan, would be an incredible turn of events and could lead to the unraveling of the conspiracy that was memorialized in the Oval Office on Jan 5, 2017, as President Obama was ending his eight years in office.

President Obama and his FBI Director, James Comey, discussed how to withhold sensitive and important national security information from the incoming administration. That was an unprecedented abuse of their power and violated the peaceful transition of power that our nation has enjoyed since its inception.

Comey went on to withhold information from President Trump, his president, and he violated the "by the book" protocols for interviewing administration officials. Hell, he even bragged about how not "by the book" his actions were.

So enough with the "nothing but a conspiracy theory" bull, it's a legitimate conspiracy. The only question now is whether it was a criminal conspiracy or not. Stay tuned.

And that's where we keep our eye on the prize.

Am I disappointed that Obama and Biden might not face criminal charges because they successfully separated themselves from their conspirators' dirty work? Of course. Does that negate the importance of what the American people must learn about the true nature of the former president and his presidency? Hell no.

The myth that Barack Obama was a transcendent political figure who conducted himself with dignity, propriety, and temperament must be exposed as the made-for-Hollywood fantasy that it always has been. Obama was and is an Alinskyite thug whose only skillset was to charm voters so he could amass power. And he was engaged in those activities right up through the final weeks of his presidency so as to undermine and perhaps even undo his successor, President Trump.

Obama's legacy of deceit must now be exposed so that the full picture of this man and his actions are known.

As AG Barr quipped earlier last week, "history is written by the winners" and, of course, he's right. That's why this next election is so important. If Joe Biden (or whichever Democrat they put in his place) win, they will attempt to re-write the small portion of history we've finally been able to carve out in the past three years as it pertains to the deceitful legacy of Barack Obama. Let's not let that happen.

Frankly, at this point, I am less concerned in trying to win a criminal conviction from a DC jury made up of 91 percent Obama voters than I am in having the truth of Obama's deceit come to light and in having his presidency forever branded as the cancer on American exceptionalism that it truly was.