Larry Kudlow
|
Posted: Jul 22, 2016 12:01 AM
Share   Tweet
The opinions expressed by columnists are their own and do not necessarily represent the views of Townhall.com. 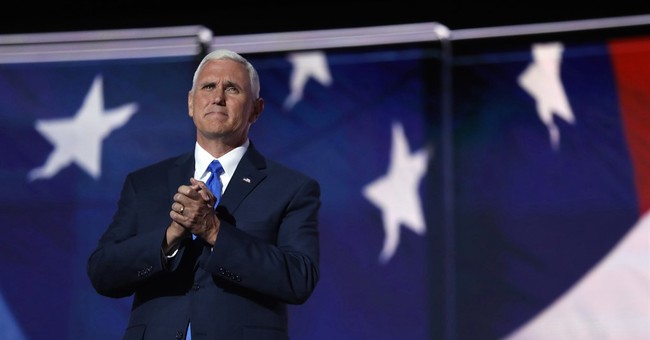 Cruz's speech was a slap in the face to GOP nominee Donald Trump. "Vote your conscience" is a wonderful-sounding phrase. But we all know what he meant: Don't vote for Donald Trump.

I was in the convention hall and the crowd's reaction was unbelievable. It started out as a few hands waving in the air and some booing, and then it just grew and grew throughout the entire convention hall. And then boom! It was absolute bedlam.

I've been to most of the GOP conventions since 1980, and I've never seen anything like it. These people stood on their feet and booed. These are Republicans! They don't do this. They don't know how to stand up and boo. And yet, Cruz so divided them and worked them into such frenzy that it happened.

Cruz tried to pass it off as just the New York delegation acting up. But that is wrong. The whole hall was in an uproar. You couldn't even hear the last two paragraphs of Cruz's speech because the booing had reached such a crescendo.

Cruz left an absolute disaster in his wake when he finished that speech. Everyone was dispirited, as one might expect.

And then came Trump's running mate, Mike Pence. Pence delivered a terrific speech. He touched on all the major themes -- the economy, shaking up Washington and Trump's outsider roots. He talked about how Trump understands that middle-class wage earners have been hurt; they haven't had a raise in 15 years. That's something that Cruz, in all of his years of political experience, still doesn't understand!

Really, within the first 10 minutes of his speech, Mike Pence turned a demoralized, dispirited, depressed, negative convention into an upbeat and united one. He hit all the right notes and had a lot of optimism in his speech. The Cruz disaster, which had left the convention hall spinning just moments before, was suddenly swept away.

The entire hall started applauding Pence. Then they started cheering and got on their feet for Pence. Amazing.

Trump couldn't have made a better choice. Mike Pence single-handedly pulled the convention back together and united attendees with an optimistic message. He gave great support to Donald Trump and the ticket. He basically snatched victory from the jaws of defeat. He turned destruction into positive hope.

Ted Cruz will never politically recover from this. His delegation from Texas wanted him to play ball with Trump -- and he wouldn't. He was freelancing in that speech. His political career is over. He's finished.

We have to wait and see what Trump does tonight in his speech; it could make or break his presidential campaign. I personally hope that he puts a lot of focus on positive changes for America. I want to see a lot of growth in that speech. I want to hear him talk about lowering taxes and curbing regulations.

But here's what I want to see most of all: a follow-through from what Pence started. One of Pence's messages on Wednesday night was that we -- meaning the ticket -- can turn this nation around. It's an American malaise right now, from the economy, to civil unrest, violence and the threat of terrorism. And that is what Trump must prove to the nation and the world -- that he can turn it around. He's got to convince them.

It's kind of like Ronald Reagan redux. Reagan was able to do this. He proved that he could do the job. That's what Trump needs to do.

That's huge. It's more important than any policy detail.

And that's the spirit Pence invoked on Wednesday night. Let's hope Trump does the same.