A Growth Message, Not Catfights, Will Propel the GOP to November Victory

Larry Kudlow
|
Posted: Feb 20, 2016 12:01 AM
Share   Tweet
The opinions expressed by columnists are their own and do not necessarily represent the views of Townhall.com. 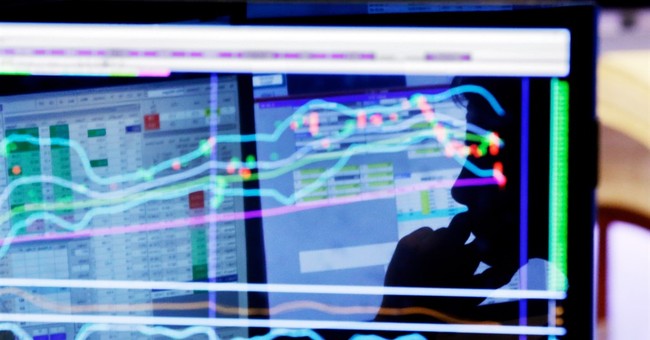 Trending
In the week leading up to the New Hampshire primary, a few GOP candidates put forth strong, positive, optimistic messages of economic growth. Donald Trump did it, and it contributed to his landslide. John Kasich did it, and he surged to second place. Jeb Bush put his best growth foot forward, and he nearly took third place. Others, not so much, and their numbers sagged.

Growth is the No. 1 issue of this presidential campaign -- even beating out national security, which is, of course, very important.

As Wall Street Journal columnist Bill McGurn recently put it, "A growing economy means a growing standard of living. ... That translates into more dreams fulfilled for more Americans, whether that means a college degree, a home in a decent neighborhood, or just the certainty that your children will do even better than you did."

In other words, strong economic growth leads to aspirational confidence for all people, but particularly the middle class, which is in revolt.

Charles Murray has written about a beleaguered working class, telling us that it is falling away. They are angry at the so-called "ruling class." They are getting a smaller bite of the economic pie, which itself is barely growing.

This is why the Republican candidates, who have barely mentioned growth in the run-up to the South Carolina primary, look so uninspired. They have stopped speaking to the worries, crankiness and anger of the middle class.

Whatever happened between New Hampshire and South Carolina, the GOP has lost its growth message. Instead, the race has become a huge catfight: Candidates snarling at each other. Charges of lying and dirty tricks. Fake images in campaign ads. Underhanded push-pull phone banks. Yelling at each other for something somebody said last year, or three years ago, or 20 years ago.

A new poll from John McLaughlin, of national polling firm McLaughlin & Associates, reveals that the Republican rank and file don't even like their leaders. Donald Trump comes out ahead in McLaughlin's likability scale for the GOP. But even while leading, some polls show Trump is losing ground.

Columnist Fred Barnes frets that the Republican rift will not be healed and that the prospect of a GOP triumph this November is fading. He worries that Republicans are campaigning to lose.

But the central reason for this is that they've lost the optimistic and winning message of economic growth.

Economist John H. Cochrane of the Hoover Institution at Stanford writes in a recent essay that "sclerotic growth is the overriding economic issue of our time. From 1950 to 2000, the U.S. economy grew at an average rate of 3.5 percent per year. Since 2000, it has grown at half that rate, 1.7 percent."

So with less than 2 percent growth in the last 15 years, real-income progress has been stopped.

The GOP should be quoting some of these numbers and hammering home the point. Reagan used statistics. But no one is using them now.

And it's not just the numbers. It's hope, optimism and leadership, too. The Republican message should be geared directly toward the discontent and pessimism that has taken over the middle class.

This is not to say the GOP candidates don't have good policy ideas on reforming taxes, regulations and spending, and the need for stable money. They do. But they barely talk about these policies anymore. And when they do, they don't slam it home.

Even Democratic economists are attacking the high-spend policies of Bernie Sanders. He'll bankrupt the country, if we're not bankrupt already. And Hillary Clinton's program is not just Sanders Lite. Some economists have calculated that her spending plans would require a 69 percent personal tax rate. Average working folks know that will not grow the economy.

John Cochrane writes, "Solving almost all our problems hinges on reestablishing robust economic growth." The GOP must get back to this message -- or they will blow the November election.

The Hill: Democrats dreading the debates — and Biden’s fact-checking abilities
Hotair
WaPo’s Jen Rubin Finally Does Something She Should Have Long Ago, and Utterly Beclowns Self Along the Way
Redstate