Will Anyone Ever Defend Banks? 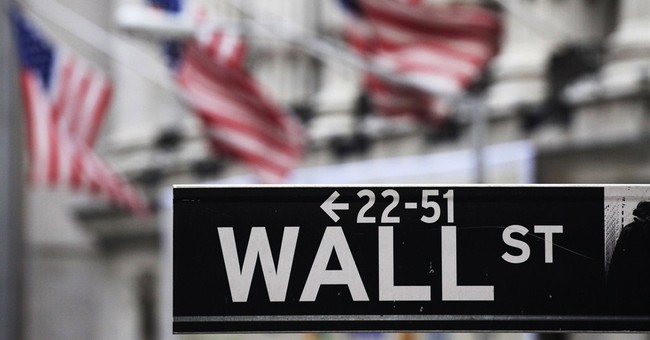 One of the interesting nuggets coming out of the conservative sweep in the British elections was the failure of bank-bashing by the Labour party. Labour leader Miliband, who has since resigned, was anti-bank, anti-rich, and anti-business. It failed. And while conservative leader David Cameron didn’t necessarily defend banks, he didn’t attack them either.

Now, the case for Tory economic management wasn’t bad. The London Stock Exchange has been hot as a pistol. And the British economy is growing about 2.5 to 3 percent. Not great, not awful. It was enough for a handsome Tory victory. And it may be a message to British pundits that tax-the-rich, redistributionist, bank-bashing talk is old hat. Been there. Won’t work.

But the question is, how will bank-bashing do in the U.S. election next year? It’s already coming from both sides of the aisle.

Of course, the Obama administration has led the way on bank persecution. It has levied over $100 billion in fines for past sins, mostly related to mortgage bonds.

And nowadays, the thinking goes, it would be politically suicidal for anybody to actually defend the banks. That’s the interesting part of this story:

Nobody will defend the banks.

Well, outside of the banks that is.

A recent news piece in the Wall Street Journal proclaims, “Banks Prep Defense for Anti-Wall Street Campaigns.” It seems the Financial Services Forum, representing all the big banks, held a clandestine meeting on the 51st floor of Bank of America to figure out a defense. Very conspiratorial, and not very exciting. The thrust of the Journal article is that the banks have done everything, and paid everything, the government has asked of them.

“We atoned for our sins. We will never do it again. Please forgive us for it. And by the way, would you clarify what ‘it’ is?”

Few will admit it, but unaffordable, undocumented mortgage quotas came out of Washington, not Wall Street. And Fanny and Freddie enforced them. And while the Fed’s ultra-easy money destroyed the dollar, it also caused a bubble in home prices.

Yes, banks made risk-management mistakes. But when will the firing squads stop? You know, you can’t have a decent economy without banks.

But when will you ever hear a politician say that?

Hillary has caught the bank-whacking virus, which is hilarious given all the money raised on Wall Street by the Clinton Foundation. But Republicans are whacking away too. Of all people, former Florida governor Jeb Bush bashed banks while in New Hampshire.

Yes, there is an issue with “too big to fail.” And it’s bipartisan, since both Democrats and Republicans voted for the bailout in 2008. Might we go there again? Economic writer Amity Shlaes has a good suggestion: The candidates should make no-bailout pledges along with their no-tax-hike pledges.

And Federal Deposit Insurance Corporation (FDIC) chairman Martin Gruenberg has said that if a major bank runs into trouble today, “they would be allowed to fail and suffer the consequences of that failure.” Do we believe him?

Either way, it’s doubtful the political assault on banks will end. But I wonder, at some point, will someone in the U.S. -- a big-shot politician, a small-business person, a struggling middle-class mom or dad -- actually say something good about a bank?

Banks do make business loans, which have picked up quite a bit. They do provide mortgages, though the terms are more difficult. They do offer credit cards, decent ATM machines, car loans, farm loans, and student loans. Even though the Fed has decimated interest rates, they do allow large savings accounts. And they do, after all, connect savings with investment. (I think that was their original purpose.)

Sure, I’d get rid of a few banks: Like the Ex-Im Bank, which makes loans to our enemies and destroys jobs at home. Or Fannie and Freddie, which helped cause the problem in the first place, and are now actually being expanded by Team Obama. They have no capital. Disaster waits all over again.

But I have a caution for the candidates: Sometimes British politics leads our politics. And if bank-bashing didn’t work in the U.K., maybe politicians here should let it go, and instead focus on pro-growth measures like flat-tax reform, free trade, deregulation, and sound money. Just for a moment, why not leave banks alone?

Wait a minute. I did not even remotely mean to suggest that I’m defending banks. That would be wrong.