GOP Will Lose in 2016 Without Sensible Immigration Reform 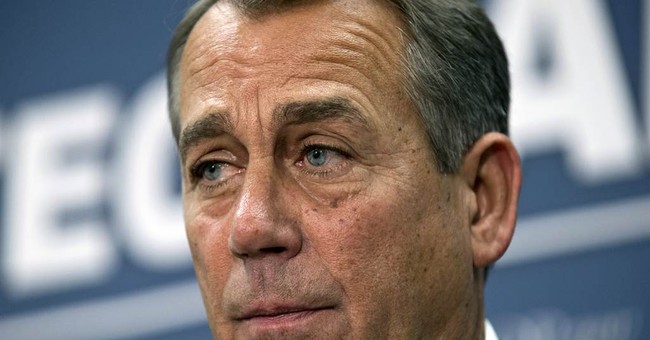 Trending
If the GOP doesn't put together a sensible immigration policy, it will lose the 2016 presidential election.

When Obama beat Romney in 2012, with the former Massachusetts governor attracting only 27 percent of the Hispanic vote with his self-deportation argument, Republicans across the map decided they must develop an immigration-reform policy with an outreach approach to minority groups. According to the Republican National Committee, the days of harsh language and punitive legislation must end. In its place, the GOP must reconstruct the Ronald Reagan/Jack Kemp "big tent" theory of politics, where there is plenty of room for all groups -- blacks, Hispanics, Asians, Millennials, women and gays. As Reagan put it, if you and I agree 80 percent of the time and disagree 20 percent, we are not enemies.

A lot of clear-headed Republicans have a strong dislike for identity-group politics. Me too. Instead, I prefer a program of economic growth, strong national defense, deregulation, low flat-tax-rate reform, free trade and sound money to unleash American prosperity and bolster national security. If this positive message is sold -- to everyone and all groups -- it will work politically.

But unfortunately, the Republican desire for immigration reform -- and inclusive outreach in general -- has splintered. That's why I fear the GOP may blow an election it absolutely should win.

Making matters tougher for the GOP, Hillary Clinton has come out with a very strong, ultra-liberal immigration policy. It emphasizes a path to citizenship and charges that Republicans will never make immigrants more than "second class" Americans. She would include illegals, the parents of illegals, the 11 million undocumented workers and immigrants who have already been deported. She might even go farther than Obama with executive actions.

And while Hillary makes political hay with Hispanic voters, the GOP has no unified immigration response.

A recent Wall Street Journal story notes that former Florida Gov. Jeb Bush and Sen. Marco Rubio favor a path to citizenship, but have stepped back to offer legal status. Gov. Scott Walker, who was for a pathway to citizenship a few years ago, has shifted to a vague notion of legal-immigration reform that will do no harm to native-born workers and their wages. Sen. Ted Cruz is unsure about legal status. Former Govs. Rick Perry and Mike Huckabee talk about tightening border security without any details on the rest of the problem.

All over the map.

Now, the Republican candidates rightfully agree on the priority of border security. They also correctly oppose President Obama's extra-legal -- or perhaps unconstitutional -- expansion of executive power on immigration. But really, those are negatives, not positives.

Left unsolved are the H-1B visas for the high-tech brainiacs, visas for foreign students who are forced to leave the U.S. after going to our great universities, some kind of guest-worker program for the seasonal needs of farm and nonfarm employers, making the e-verify program mandatory and granting portability.

The GOP should also favor legal status for undocumented workers who have no criminal record and pay their taxes. And Marco Rubio is right: "Every nation needs a unifying language; our unifying language is English."

According to Hoover economist Timothy Kane, the majority of studies show that increased immigration has a small negative effect on the relative wages of low-skilled native workers. However, economists also agree that the overall effect of increased immigration is positive. More immigrant workers create more demand for goods and services, which creates net new jobs over time.

And if we permitted virtually unlimited immigration for the H-1B brainiacs and the foreign-born MIT students, the potential for new tech inventions and innovations would surge. The result would be more Googles and Intels, hundreds of thousands of new jobs, and tens of millions of dollars in new wealth.

Isn't that the story of America, which I hope is still the land of opportunity?

And so many illegals risk life and limb to get here. That by itself is an act of entrepreneurship, which will be continued in America.

Russell Moore of the Southern Baptist Convention adds to this issue. In a wonderful opinion piece in the Journal, he argues that immigration-bashing will alienate Hispanic Evangelicals. Moore talks about the rising tide of born-again Protestant Hispanic congregations. These people believe in "the sanctity of life, racial justice, economic growth and the values of hard work."

Sixteen percent of the nation's Hispanics are Evangelicals. And they're a natural GOP constituency if only the Republicans would reach out to them. Their cultural conservatism stands shoulder to shoulder with the economic-growth and prosperity issues that hopefully will form the Republican platform. But so far the outreach hasn't happened.

All I can say is, the Republican candidates better getting moving. Hillary has fired an immigration shot across the bow. There must be a sensible response.