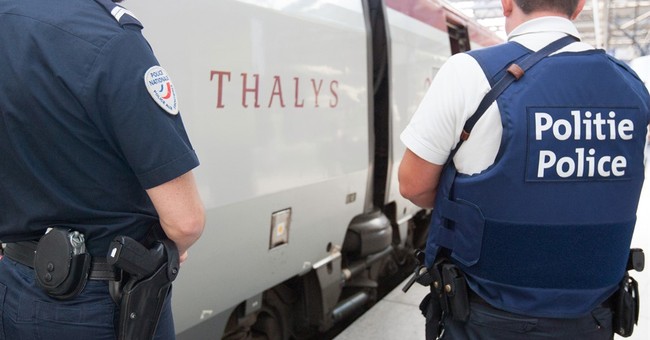 Just one year ago, on September 10, 2014 Obama said that we would “degrade and ultimately destroy ISIS.” And while Donald Trump’s campaign antics, a plunging stock market and Hillary Clinton’s criminality have dominated the news, the horrifying global growth of ISIS continues. Concomitantly, many intelligence and military experts have publicly stated that they believe America’s risk of a major terrorist attack is now greater than it was in the months prior to 9/11.

A defining tenant of liberal dogma holds that the U.S. cannot afford to be the world’s policeman. As the world’s leading promoter of liberal orthodoxy, Obama has made it abundantly clear he is determined to remove the U.S. from this burden. Yet Americans are awakening to the realization that recent history has demonstrated the utter folly of Obama’s retreat agenda. Given the events catalogued below, one can certainly argue that the U.S. can’t afford NOT to be the world’s policeman. Stop to consider what ISIS has accomplished during Obama’s watch:

Iraq – After our military’s departure it has become a central component of the new caliphate. ISIS now controls about a third of the country.

Syria – ISIS established a presence in Syria following the outbreak of the civil war in 2011. The Syrian city of Raqqa is the group’s de-facto capital and approximately half of the country is thought to be under its control.

Egypt – Violence in Egypt has intensified with clashes between jihadists and government troops increasing since the Arab Spring uprising. The whole of the Sinai Peninsula is now considered to part of the group’s heartland.

Libya – large portions of the country are controlled by the Islamic State in Libya, with the group having capitalized on instability following the toppling of Muammar Gaddafi in 2011.

Nigeria – Boko Haram changed its name to Islamic State's West African Province (ISWAP) in April. It controls huge portions in the north-east of the country.

Algeria – The government is so alarmed by the threat level that it has moved 50,000 troops along the porous border with Libya which suggests ISIS could make big gains in Algeria in the coming months.

Mali –Al Qaeda has had a presence in Mali for several years. ISIS-inspired groups are now flowing over the border from neighboring Algeria and nearby Nigeria.

Saudi Arabia – The kingdom is threatened by random terror attacks by ISIS-inspired groups. Saudi police arrested 430 ISIS jihadists in a single week in August. Anwar Eshki, recently retired major general of the Saudi armed forces, told the Wall Street Journal, due to America’s recent rapprochement with Iran, the Saudi government is reaching out to Russia and is moving away from its alliance with the U.S., further eroding our ability to protect our people and interests in the region. And ISIS has shown its uncanny ability to fill that American-made vacuum.

Yemen – Already a hotbed of terrorist activity and a stronghold of Al Qaeda sympathizers, ISIS has increased its presence in Yemen in recent months.

Afghanistan – Historically home to Al Qaeda, the war torn state has seen a rise in terror attacks for which ISIS has claimed responsibility. Due to the date-certain departure of U.S. troops continuously announced by Obama, the Taliban, with the help of the Pakistani intelligence operatives, is attacking Kabul as well as remote enclaves. On one day alone, August 7, a wave of attacks created 350 casualties including 15 killed in Kabul. When Afghanistan becomes a failed state, it will be carved up by those loyal to the Taliban, its allies and ISIS.

Pakistan – ISIS is gaining support in a number of provinces including Baluchistan, thought to be home to the country’s nuclear weapons stockpile.

Europe - As Eric Stakelbeck reports in his book, ISIS Exposed, the Islamic State now boasts 2,000 recruits from Europe with more arriving every day, armed and fighting in Iraq and in Syria. The great worry is that hardened ISIS fighters will eventually return to their respective European homelands and commit ever more dramatic attacks like the foiled train attack in France.

French authorities conceded that the shooter, Ayoub El-Khazzani, was known to them, was on their terrorist watch list, that he openly espoused violent jihad, and that he travelled to Turkey where they presumed he made his way to Syria for training with ISIS. Yet he was able to return to France and board a train with an AK-47, a pistol, and nine magazines of ammunition. They also conceded that they couldn’t keep him under surveillance because that same terrorist watch list contained 8,000 French residents and that they believe he did not act alone.

In just Iraq and Syria, it is estimated that ISIS earns $3 million a day from mostly oil revenues. But it also gains revenues from other businesses under its jurisdiction, and from the ransom of captives. And although U.S. military spokesmen familiar with our bombing operations in Iraq and Syria have estimated that we have killed around 6,000 ISIS fighters, most experts believe that the terrorist armies reporting to Al Baghdadi have grown by well over that number since the bombing began.

A month before Obama made his degrade-and-destroy pledge, he told the New York Times that the “U.S. can’t just be “the Iraqi air force”…(we need to) “bolster Iraqi leadership, and prevent Sunni extremists from forming a state through Syria and Iraq under the banner of the Islamic State of Iraq and Syria.”

Due to the vast territory held by ISIS in Syria and Iraq, they are now considered failed states. Unless ISIS is destroyed, the terror it has unleashed on the world will continue to find its way to Europe and the U.S. and that will comprise the most damning element of President Obama’s disastrous foreign policy legacy.