The Case Against Reparations: Part 1

Larry Elder
|
Posted: Feb 25, 2021 12:01 AM
Share   Tweet
The opinions expressed by columnists are their own and do not necessarily represent the views of Townhall.com. 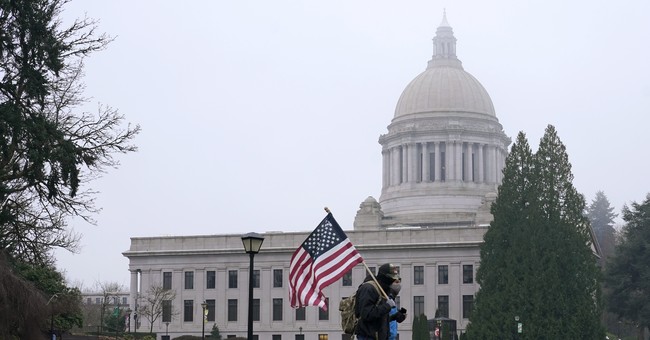 Last week, I testified before the House Committee on the Judiciary's Subcommittee on the Constitution, Civil Rights, and Civil Liberties regarding H.R. 40: Examining the Path to Reparative Justice in America. In other words, reparations. This is the first part of the statement I submitted:

It is also interesting that we are having this hearing at a time when racism as a barrier to success has never been so insignificant. In 1991, Black Democrat and Harvard sociologist Orlando Patterson said: "The sociological truths are that America, while still flawed in its race relations and its stubborn refusal to institute a rational, universal welfare system, is now the least racist white-majority society in the world; has a better record of legal protection of minorities than any other society, white or Black; offers more opportunities to a greater number of Black persons than any other society, including all those of Africa."

In 1997, Time/CNN did a broad survey of Black and white teens. Asked whether racism is a major problem in America, both said yes. But, when Black teens were asked whether racism was a big problem, small problem or no problem in their own daily lives, 89% said small or no problem. In fact, nearly twice as many Black teens, compared to white teens, agreed that "failure to take advantage of available opportunities" was a bigger problem than racism.

In 2007, the year before he was elected president, Obama spoke at a Black church on the anniversary of Bloody Sunday. He said: "The previous generation, the Moses generation (the generation of Martin Luther King Jr.), pointed the way. They took us 90% of the way there, but we still got that 10% in order to cross over to the other side."

I thought that 10% remaining "to cross over to the other side" was a fair assessment. After all, a 2002 Fox News/Opinion Dynamics poll found that 8% of Americans believed that Elvis Presley was still alive -- or that at least there was "a chance." So, as to Obama's 10% remaining, I'm not sure how much more wiggle room we have left before running into the Elvis factor.

The reparations argument is based, in part, on the belief that but for slavery, America would not have become the prosperous nation it is today.

"It's not true that the U.S. became a wealthy nation through the abuse of slave labor: The most prosperous states in the country were those that first freed their slaves. ...

"At the time of the Constitution, Virginia constituted the most populous and wealthiest state in the Union, but by the time of the War Between the States the Old Dominion had fallen far behind a half-dozen northern states that had outlawed slavery two generations earlier."

About the difference in wealth between the North and the South, Frederick Douglass, after escaping from a plantation in Maryland to freedom in Massachusetts, wrote: "But the most astonishing as well as the most interesting thing to me was the condition of the colored people, a great many of whom, like myself, had escaped thither as a refuge from the hunters of men. I found many, who had not been seven years out of their chains, living in finer houses, and evidently enjoying more of the comforts of life, than the average of slaveholders in Maryland."

To be continued next week.