Democrats Want a 'Return to Civility'; When Did They Practice It? Part 2

Larry Elder
|
Posted: Feb 04, 2021 12:01 AM
Share   Tweet
The opinions expressed by columnists are their own and do not necessarily represent the views of Townhall.com. 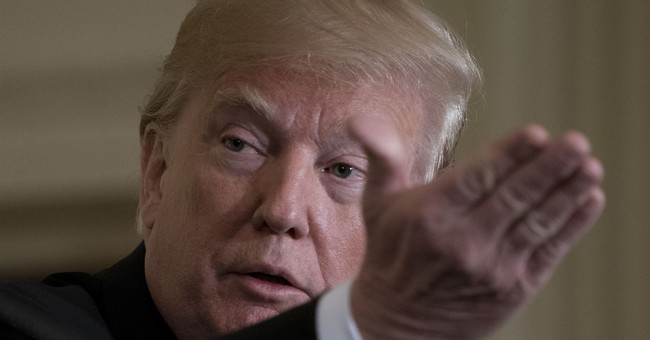 Last week, we covered the challenge President Joe Biden faces in his supposed quest to return to an era of "civility." Democrats never practiced civility. We listed only some of the race- and Nazi-based insults used for decades by Democrats against the very Republicans with whom they now seek "healing." Here are just a few more examples:

Left-wing actor/singer and activist Harry Belafonte, who marched with close friend Dr. Martin Luther King Jr., called President George W. Bush a racist. When asked whether the number and prominence of Blacks in the Bush administration perhaps suggested a lack of racism, Belafonte explained, "Hitler had a lot of Jews high up in the hierarchy of the Third Reich."

Then-Rep. Keith Ellison, D-Minn., former vice chairman of the Democratic National Committee and now the Minnesota attorney general, compared President George W. Bush and 9/11 to Adolf Hitler and the destruction of the Reichstag, the German parliament building: "9/11 is the juggernaut in American history and it allows ... it's almost like, you know, the Reichstag fire," Ellison said. "After the Reichstag was burned, they blamed the Communists for it, and it put the leader of that country (Hitler) in a position where he could basically have authority to do whatever he wanted."

Former Rep. Jim McDermott, D-Wash., said in 2002: "What we are dealing with right now in this country is whether we are having a kind of bloodless, silent coup. ... President (George W. Bush) is trying to bring to himself all the power to become an emperor -- to create Empire America."

About Hurricane Katrina, then-Rep. Barney Frank, D-Mass., said in 2006 that President George W. Bush's administration engaged in "ethnic cleansing by inaction. ... So by simply not doing anything to alleviate this ... they let the hurricane do the ethnic cleansing, and their hands are clean."

Then-Gov. Scott Walker, a Wisconsin Republican who dared to rein in excessive public employee compensation packages, received the full Nazi treatment. The hard-left blog Libcom.org posted in 2011: "Scott Walker is a fascist, perhaps not in the classical sense since he doesn't operate in the streets, but a fascist nonetheless. ... He is a fascist, for his program takes immediate and direct aim at (a sector of) the working class."

After the 2012 Republican National Convention and the nomination of former Massachusetts Gov. Mitt Romney, then-California Democratic Party Chairman John Burton said, "(Republicans) lie, and they don't care if people think they lie. As long as you lie, (Nazi propaganda minister) Joseph Goebbels -- the big lie -- you keep repeating it."

Dick Harpootlian, the then-chairman of the South Carolina Democratic Party in 2012, compared the state's Republican governor to Hitler's mistress. When told that the Republicans were holding a competing press conference at a NASCAR Hall of Fame basement studio, Harpootlian told the South Carolina delegation: "(Gov. Nikki Haley) was down in the bunker, a la Eva Braun."

During the 2012 presidential race, then-Vice President Joe Biden told a heavily Black audience that Mitt Romney, accused of opposing more Wall Street regulation, is "gonna put y'all back in chains."

Longtime Harlem Rep. Charlie Rangel, D-N.Y., in 2014, said, "Some (Republicans) believe that slavery isn't over, and they think they won the Civil War."

Finally, during the 2016 presidential campaign, Hillary Clinton famously said: "You know, to just be grossly generalistic, you could put half of Trump's supporters into what I call the basket of deplorables. Right? The racist, sexist, homophobic, xenophobic, Islamaphobic -- you name it. And unfortunately there are people like that. And (Republican opponent Donald Trump) has lifted them up."

When exactly was this era of "civility" when Democrats did not call a Republican president "racist" or "fascist" or, in the case of President George W. Bush, a warmonger who "lied us into war with Iraq"? Maybe Biden's press secretary can circle back.