Just Because 'Our Guy' Won

Larry Elder
|
Posted: Nov 17, 2016 12:01 AM
Share   Tweet
The opinions expressed by columnists are their own and do not necessarily represent the views of Townhall.com. 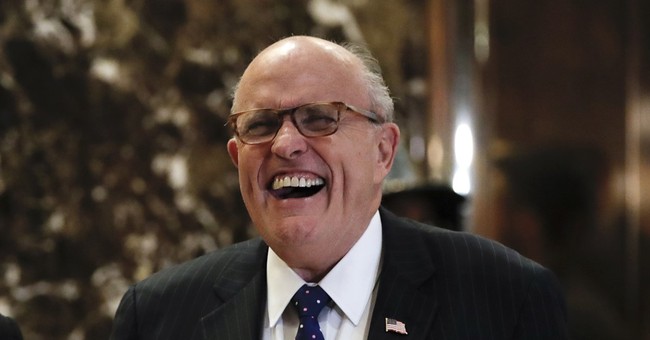 Trending
Just because "our guy" won, Economics 101 hasn't been repealed.

Donald Trump is still a populist, not a fiscal conservative or a states' rights federalist.

Trump's waffling on minimum wage is as disturbing as him saying, as he did on "60 Minutes," that we should keep "the strongest assets" of Obamacare -- coverage for pre-existing conditions and "children living with their parents for an extended period." Insurance, by definition, guards against unknown risks, not known ones.

And what's the difference between Donald Trump's proposal for "infrastructure investing" and President Barack Obama's "stimulus"? I'm old enough to remember when we called it "pork." President Ronald Reagan had no such spending program, and when President Bill Clinton attempted a "stimulus," Congress stopped him. Government spends. It does not "invest." As a percent of GDP, we already spend more on infrastructure than does the European Union. And Trump wants to "invest" more?!

Recall Obama's "stimulus" lament, "There's no such thing as shovel-ready projects." Calling it "infrastructure investment" -- rather than "stimulus" -- doesn't change the fact that it's not the fed's job to do the states' work.

If Keynesian economics (government spending to jumpstart the economy) actually worked, the last eight years should've been an economic blockbuster. And isn't it interesting -- and hypocritical -- that when China fiddles with its interest rates and money supply, it's "currency manipulation." When we do it, it's "quantitative easing."

Trump said on "60 Minutes" he had to hire lobbyists in his new administration because "they know the system right now": "We are trying to clean up Washington. ... That's the problem with the system -- the system. ... We're doing a lot of things to clean up the system. But everybody that works for government, they then leave government and they become a lobbyist, essentially. I mean, the whole place is one big lobbyist." True, but the reason lobbyists lobby is that government has its fingers in virtually every phase of our lives. Lobbying or "redress of grievances" is protected by the First Amendment. The one sure way to reduce the size and scope of lobbying is to reduce the size and scope of government.

Reagan's head of Office of Management and Budget, David Stockman, a true-blue fiscal conservative, quit after four-and-a-half frustrating years. He wrote the "Triumph of American Politics: Why the Reagan Revolution Failed." The book describes how he tried to cut this program and that agency, only to face an army of the vested, recalcitrant Republicans in Congress, as well as a President who often talked the talk about limited government, but didn't always walk the walk.

The only way to eliminate lobbyists and "special interests" is to reduce the federal government's footprint, giving them nothing to lobby about. Reagan couldn't even get rid of low-hanging fruit like the Department of Education, despite his promise to do so. Trump didn't even make such a promise. Yes, he'd get rid of Common Core, but that's barely reaching first base.

As for Trump's kids' involvement in policy and strategy, it was Ivanka who, according to Trump, came up with his proposal of six weeks of "paid" maternity leave.

Reagan showed us the formula -- leave more money in the pockets of the people, slow down the rate of government spending and lighten the regulatory load. Yes, he engaged in protectionism, as the nation has through much of its history, but it doesn't justify bad policies.

About Trump's economy-crushing protectionist ideas, recall Patrick Buchanan, President Richard Nixon's speechwriter-turned-television-commentator, who became Reagan's White House Director of Communications and later ran for the presidency. He got in because he felt the GOP had drifted from its principles. He campaigned in Iowa and heard a boatload from farmers about foreigners "dumping" their products. Buchanan then morphed into Bernie Sanders on trade.

Still, the worst of Trump was at least matched by the bad goals of Hillary Clinton and her party. The best of Trump is quite good -- corporate tax cuts, moratorium on EPA regulations, securing the borders -- but these can be offset, if not undone, by the bad.

It's not enough to win. Trump must succeed.  Populism is good politics, but bad economics.