The Trashing of Bill's Accusers: What Did Hillary Do -- and Why Did She Do It?

Larry Elder
|
Posted: Feb 25, 2016 12:01 AM
Share   Tweet
The opinions expressed by columnists are their own and do not necessarily represent the views of Townhall.com. 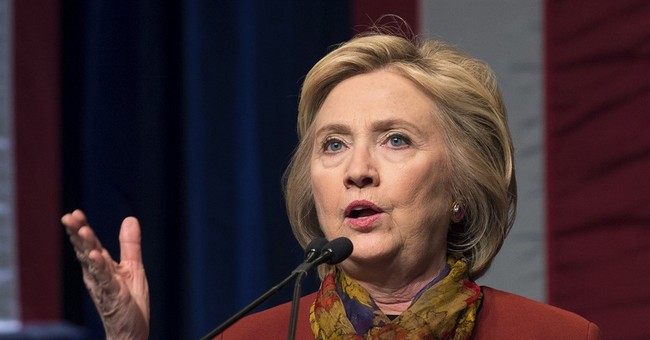 The books "Hell to Pay" by Barbara Olson and "No One Left to Lie To" by Christopher Hitchens depict Hillary Clinton as the puppet master behind the hiring of lawyers and private detectives to dig up dirt on her husband's accusers. Bolstering the credibility of Hitchens' book is a foreword written by respected historian Douglas Brinkley, a frequent guest on CNN, MSNBC and other networks.

I recently asked him about Hillary's role, if any, in impugning these women.

Elder: "Why do you suppose has Hillary never -- to my knowledge -- been asked, point-blank, 'Did you or did you not verbally intimidate an alleged rape survivor by the name Juanita Broaddrick, as she alleges you did?'"

Klayman: "I don't think anybody's had the guts to do it. ... But the hard reality here is ... Hillary Clinton started what was called the 'war room.' ... This is ... in the campaign of 1992, which elected her husband. George Stephanopoulos was part of that. James Carville was part of it. And the purpose of the war room -- and Stephanopoulos ... of course ... doesn't want to discuss this -- was to destroy any woman that would challenge Bill Clinton, because she knew, undoubtedly, that if her husband didn't make it to the White House, that someday she wouldn't make it to the White House, either. ... She wanted to protect her own interests, and to do that she had to destroy the women who she knew were going to come forward and reveal the alleged sexual harassment and rape, and the intimidation that was about ready to be leveled against these women to keep them quiet."

Elder: "What can you tell us about what Hillary did? What was her role in all of this?"

Klayman: "We know from the various women who had contact. Some of them had contact with Hillary Clinton in Arkansas. They know her way of doing business. ... And Stephanopoulos and Carville himself effectively admitted it when they did that documentary, 'The War Room.' It was Hillary who was at the top of that. She was the one who called the shots. And the private detectives who were sicced on these women ... were hired by Hillary Clinton. I took the deposition of (one) and confirmed that (he was) hired through Hillary's lawyer. So there's a lot of different evidence here, direct and circumstantial, that places Hillary at the center of these acts against the women."

Elder: "The most serious allegation, of course, is the one by Juanita Broaddrick. She claims that when Bill Clinton was Arkansas attorney general, he raped her, and two weeks later, at some campaign function, Hillary came up to her and verbally intimidated her, saying things to her, according to Broaddrick, that made it clear: Keep your mouth shut, or else."

Klayman: "One of the private detectives broke into her house and took an answering-machine tape ... to make sure there was no evidence of what had occurred. These were the kind of things that have been done. ... They would have the private detectives -- for instance, Kathleen Willey experienced this -- she was riding her bike one day and one of these private detectives, or one of his agents, rode up to her on another bike and mentioned the names of her children in a very sinister way. 'How are your children, Ms. Willey?' In fact, that happened to me during a deposition at Judicial Watch, where one of the lawyers that were representing the Clintons -- shortly after my daughter was born -- mentioned her name. And there was no way of knowing that. They wanted us to know that they were watching us ... that we were at risk."

Elder: "I've interviewed Kathleen Willey, and I've said to her, as I'm saying to you, when people came by and made threats and said names and suggested she should 'watch it,' you still can't trace that to Hillary."

Klayman: "In a court of law, it's not just direct but circumstantial evidence. I gave you a little bit of it. ... If you add it all up ... it creates a pattern where she's capable of almost anything."

Hillary Clinton once said that when women allege sexual assault, they "have the right to be believed." Let's leave it at this -- for now.