Petraeus Is Wrong: You Can’t “Peel” Jihadists Away From Jihad 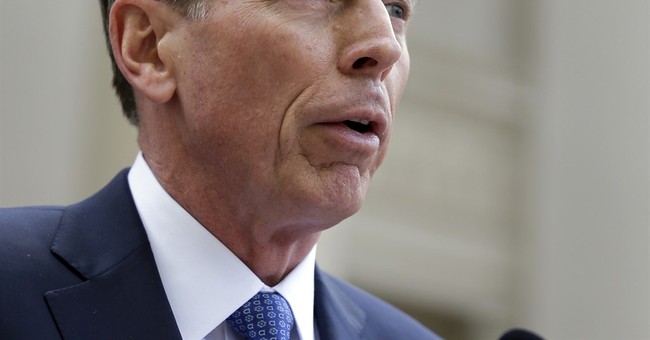 The report earlier this week was that Former CIA Director and CENTCOM Commander General David Petraeus was proposing to peel off "reconcilables" among Al Qaeda affiliate Jabhat Al-Nusra, seeking to appeal to Al Nusra fighters who joined Al Qaeda, in the same way that Sunni tribes were convinced to join the "awakening" and oppose Al Qaeda. There's no evidence to support the idea that Syrian rebels have flocked to Al-Nusra only because it represents the "strong horse" and not because they support Nusra and Al-Qaeda's jihadist brand.

Al Nusra has been the lead element in numerous Syrian rebel alliances, including the Jaish-Al-Fateh (Army of Conquest), which seized control of the provincial capital of Idlib in March, and Ansar Al Sharia, a coalition of Syrian Islamist forces in Aleppo. Their allies have had little if anything to say about Jabhat Al Nusra’s repeated attacks against any U.S.-supported Syrian rebel force. Not just recently against Division 30, the unit of the sixty or so vetted Syrian rebels on which the U.S. has spent almost $500 million, but against other U.S-backed groups including the Hazm Movement and the Syrian Revolutionaries Front.

Indeed, among the Syrian rebel opposition groups as a whole, the vast majority have repeatedly shown that they prefer jihad in the name of establishing an Islamic state in Syria over any alliance with the United States. In 2012, large swathes of the Syrian opposition vowed "we are all Jabhat Al Nusra," following the U.S. decision to designate the terror group for its ties to Al Qaeda.

Bloomberg's Josh Rogin also reaches the conclusion that the U.S. cannot peel off Al Nusra fighters, but for the wrong reasons. He blames a lack of U.S. credibility, derived from a failure to assist "moderate" rebels in fighting the Assad regime. In his column, Rogin cites Mouaz Mustafa, from the Syrian Emergency Task Force (SETF), who blames the U.S. lack of support for Syrian rebels leading to a credibility gap that causes them to prefer Al Qaeda to the U.S.

The reality is that SETF's preferred rebels are the Muslim Brotherhood and Al Qaeda-linked militias who made up the Islamic Front. In 2013, the Islamic Front, led by Al Qaeda-linked Ahrar Al Sham, was approached by the Obama administration about working together to overthrow Assad, the group refused. The deal breaker? The Islamic Front would not stop working with Al Nusra. Most will not recall that it was the Islamic Front's seizure of warehouses stocked with aid intended for U.S.-backed Syrian rebels, and not American stinginess, that led to the cut in U.S. and other Western allies aid to Northern Syria.

If the U.S. can't convince the so-called "moderate" Islamists to break from Al Qaeda, how is it supposed to convince Al Nusra's members to do so?

Al Nusra and the Islamist militias that make up the majority of the Syrian opposition are allies, not merely of convenience but of ideological conviction. And while they have faced setbacks in their repeated efforts to establish joint Sharia courts in rebel-occupied territory, that goal unifies them in a manner that no amount of U.S. money or influence can reverse.

The history of intervention efforts in Syria suggests instead of there being "reconcilables" inside Jabhat Al Nusra for the U.S. to co-opt, the reality is that there are not enough "reconcilables" outside of Al Nusra to co-opt either. The "Petraeus proposal" for Syria is yet another rehashing of the same tired proposal offered by elements of the U.S. foreign policy establishment who have sought to align U.S. interests with the so-called "moderate" Islamist factions in Syria, even if it means buddying up to Al Qaeda.