Passivity Is a Choice, and We Made It

Kurt Schlichter
|
Posted: Apr 01, 2021 12:01 AM
Share   Tweet
The opinions expressed by columnists are their own and do not necessarily represent the views of Townhall.com. 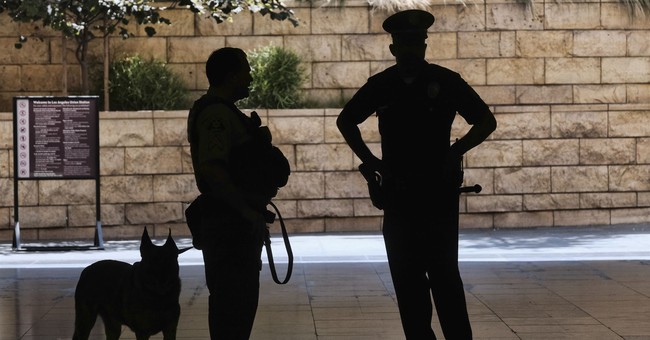 There’s always an uproar when we see Asian-Americans being beaten to a pulp or murdered on video and the people around them just stare instead of intervene. But why are we surprised? They are just doing exactly what society has told them to do. It’s not necessarily cowardice. They are making an entirely rational choice based on our society’s unequivocal message that we should stand back and watch.

If we, as a society, want to have people leap into the fray, and I would like that, then we need to do the things that make it a rational choice to do so instead of one that might very well bring ruin, imprisonment, injury, or death.

But we do the opposite, then act stunned when people conform to the reality we create. Let’s look at the logistics. The people pummeling others are usually pretty big, and they’re criminals for whom violence is a way of life. Most normal people are not streetfighters, and taking on the criminals is extremely dangerous and can easily get you hurt or killed. Now, a civilized society would want to encourage people to intervene, and that means not interfering with normal citizens’ right to bear arms. Many states do not, but the Ninth Circuit just informed us that the right to “bear” arms doesn’t actually mean you have a right to bear arms. So, in many places, society has deprived you of the ability to intervene with some measure of safety and effectiveness.

But if you do intervene, your trouble just begins. Even if you are in the right does not mean an intervention will go your way. If you are in the wrong jurisdiction, with one of those leftist-bought district attorneys, then you run the risk of being prosecuted even if you did everything right. Take it from a lawyer – innocent people get shafted all the time by the system, especially when the system wants them shafted. Maybe you eventually get acquitted, after a couple years of hell, some time in jail, and financial ruin – congratulations!

Or, if someone videotapes the encounter, maybe your life gets ruined because the thug you shot is of an SJW-favored group. Do you think the facts matter? Do you think the crook’s criminal record, actions before bystanders started filming, or anything else is going to get in the way of the narrative? Come on.

You cannot rely on objective truth to protect you in a world of subjectivity and lies.

Maybe you just get sued for hurting the poor, misunderstood degenerate – do not for a second think that there is some magic legal defense in most places that is going to keep you from getting dragged into court if you actually hurt the attacker. Oh, and your insurance might not even cover your defense if it’s characterized as an intentional act. You get the privilege of paying to defend a frivolous lawsuit too!

I bet you’re just chomping at the bit to help your fellow citizen right about now.

So, a couple strangers get into a conflict in front of you and you have no weapon and absolutely no assurance that you will not, at a minimum, be dragged through hell if you get involved. What do you do?

Well, as we have seen, people conform to what we ask for as a society, and we could not more clearly be asking folks to just stand there and watch. When we choose, as a society, to punish those who intervene, it’s hard to be shocked when people don’t. People can rationally calculate risk and reward – “Okay, that nice Asian grandma is going to have a black eye, and that’s bad, but I’m going to go home in one piece tonight and not be bankrupted or tossed in jail forever, so I can live with it.”

And this is not merely the rational choice citizens are making. Cops make it too, as we have seen in the last year. They let criminals run rampant, especially in Democrat cities, because to stop the punks puts themselves at an unreasonable risk – not the reasonable risk they signed up for, but the risk of getting stabbed in the spine by the people they protect and serve. The use of force has risks for regular Joes, but they're exponentially greater for a cop. A routine encounter with a guy selling single cigs – which our reps made illegal for some reason – or one with a guy passing counterfeit bills can escalate into violence and maybe death, and where does the cop end up then? With the brass and politicians backing them, or in the defendant’s chair in a murder trial? When’s the last time you saw a blue city mayor stand by his, her, or xir cops?  All other facts aside, Derek Chauvin was using the tactics and techniques he was trained in and now he's looking at the rest of his life in jail. His trial is a joke, with no change of venue and biased jurors and an establishment that desperately wants him convicted irrespective of justice because they fear riots. Don’t think every cop in America isn’t seeing that, and many will hit the gas to get out of the bad neighborhood and home to mama – leaving the citizens who elected the people who created these incentives to deal with the carnage.

I guess elections do have consequences.

If you are a cop, why would you go out of your way to risk your future for people who hate you and will not stand behind you? You won’t. And is that a moral failing? This is not mere cowardice like that beta who refused to rush into Parkland and put a slug in that scumbag’s brainpan or die trying. This is about the routine betrayal of America’s janitors in blue. Voters let this happen and they were free to do so. After all, your city has a right to set the parameters of its policing, and their Democrat electorates have made it quite clear that they do not want to accept the risk of ugly incidents where civilians get hurt. That is unequivocal, and that is the priority. Fine. That means that staying in your patrol car and driving on by as chaos reigns is simply following your instructions – implied instructions to be sure, but crystal clear instructions nonetheless.

And if robberies, rape, and murders skyrocket, well, the cities prefer that to videos of petty criminals colliding with the cops, so that’s what they get. Enjoy!

We could do it another way as a society. We could encourage, instead of discourage, heroism. Some parts of America, primarily the ones the Establishment hates, do. And, weirdly, you don’t see chaos there. We could choose to let citizens be armed everywhere to neutralize the criminals’ advantage. We could institute extremely strict laws barring prosecution for interventions at the outset so commie DAs can’t victimize heroes. We could do the same for civil liability. And we could bar employers from jettisoning internet-famous employees who do act to protect others. We could treat these citizens – and cops – as heroes instead of trashing them as racists.

That is, if we wanted interventions. But apparently, many of us don’t.

This abdication is democracy. It’s simply what some voters asked for. Just stop pretending to be surprised that people are doing what they are told to do – nothing.

Passivity is never an option for Kelly Turnbull. Check out People's Republic and my four other novels about what happens when America splits into red and blue countries, Indian Country, Wildfire, Collapse, and Crisis.