Trump Is the Luckiest Man In the Universe

Kurt Schlichter
|
Posted: Mar 04, 2020 12:01 AM
Share   Tweet
The opinions expressed by columnists are their own and do not necessarily represent the views of Townhall.com. 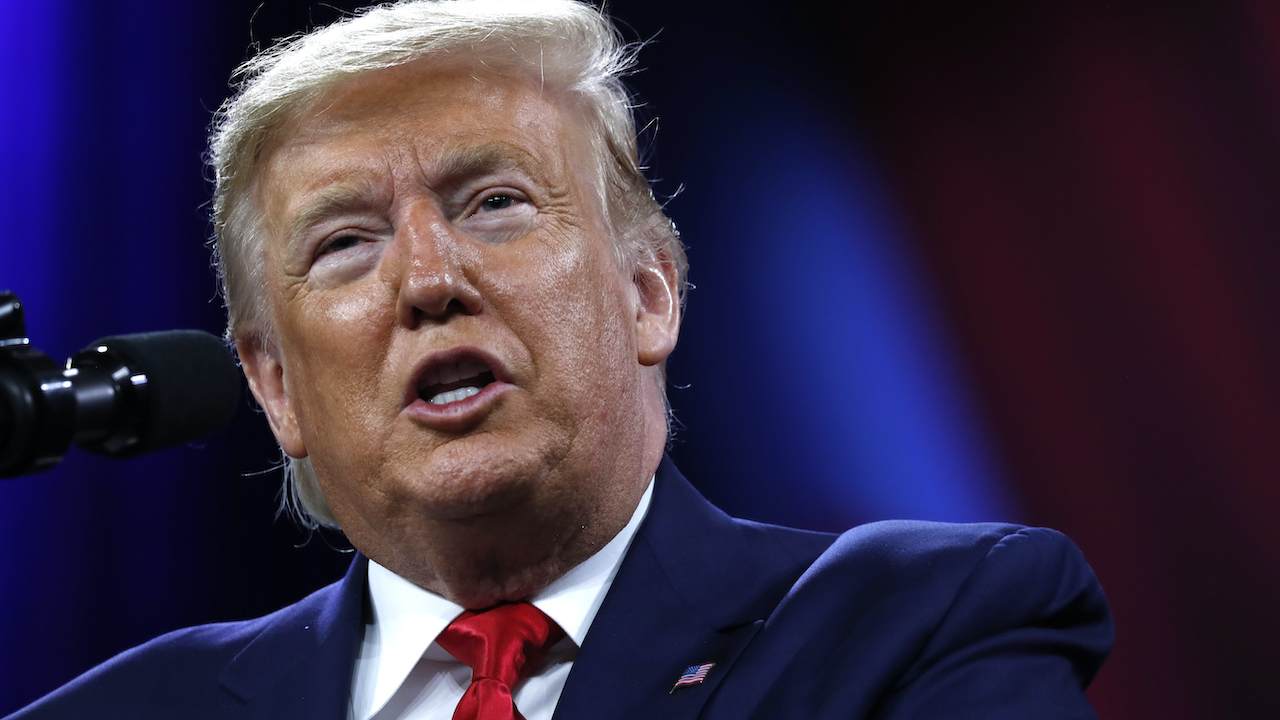 No, I’m not talking about his money or wives. I’m talking about his enemies. My gosh, how do you be just about the oldest president ever and yet have your opponent’s nomination race degenerate into a bitter whirlwind of pinching and pulling hair between two crusty candidates who are older than you? What did Trump do, sacrifice a virgin to some vengeful demigod? Maybe. There were plenty of eligible insulin failures at the Never Trump festival of onanism last weekend to toss onto the altar.

We’ll chat about Trump’s luck in the nomination race, about why Afghanistan is not our problem, and about the sacrifice of Chris Matthews.

Trump Could Not Have Picked a Better Bunch of Enemies

This Democratic race is truly amazing, in that if Donald Trump had convened a roundtable of vicious political consultants, he could not have come up with a better cast of characters to run against. There is more sap action in that race than in Vermont.

Audie Buttigieg is out. Gee, I bet he’ll go back into the reserves now that he has time on his hands again because service to country is right up there with Jesus on his “Stuff That Matters to Pete” list. And Amy Clobbersherstaff quit too, and she’s probably taking her loss out on the nearest intern.

Box-perching mini-tycoon Mike Bloomberg is still in because he still has money, but his fellow zillionaire Tom Steyer quit after his hip-hop dance video came out and America was appalled that he did not even know that you save that kind of humiliating public gyration for the back-end of a distant cousin’s wedding reception.

While noted progressive-lane squaw Elizabeth Warren has not yet reached the end of her trail of tears, the battle appears to be between two ancient weirdos. One channels Stalin and the other channels Abe Simpson.

We shall know more after Super Tuesday, but here’s the big question: How does Trump lose to these guys?

So, the Trump administration signs a peace accord with the Taliban and basically announces that within 14 months we’re out of there. It’s about time. But in what has come to be expected, because Trump wants the endless, feckless, victoryless mess over with, ending the Afghanistan war after a mere 19 years is The Worst Thing Ever™ du jour.

Now, there were a lot of liberal Twitter blue checks and blue check-aspiring liberals hopped up for action, with complaints that we are releasing terrorists and that we “[c]ompletely sold out Afghan women.” Interesting.

I had this brigade commander who was a scary genius. He was super smart, and he had this Socratic thing where he didn’t tell you that you were screwing up. He just asked you questions until you figured out how weak your Schiff was. I stole that tactic myself; he also never, ever used profanity, a tactic that I did not steal.

Anyway, I have some questions…

Do you propose we crush the Taliban and force an unconditional surrender, which we did to Germany and Japan by annihilating their cities and mobilizing 12 million Americans?

If we are not going to do what victory requires, doesn’t that require we either keep a stalemate going forever, pick up and go, or negotiate terms?

If you can’t negotiate terms with bad people, then who would we ever negotiate with?

Assuming we negotiate terms, what viable agreement could ever include not releasing enemy prisoners?

If terms that have us sell out Afghan women, where does our obligation to Afghan women come from?

Did someone that I elected to the Senate vote to ratify this obligation, or did some people just decide that we had an obligation to Afghan women?

What, exactly, is this American obligation to Afghan women, and how many years, dollars, and American lives does it require we expend?

The idea that leaving Afghan women to live in Afghan culture without our intervention implies that there is something wrong and bad about Afghan culture. What is that?

Why do you impliedly assume that all Afghan women oppose the Taliban and its vision of the proper role of women?

What should we do to Afghan men who fail to conform to our view of how they should think and act? Should we try to change their culture? Should we kill them?

Would your son consider dropping out of his Marxist Botany major at Yale to enlist and personally go do whatever it is you think we should be doing in Afghanistan? Why hasn’t he done that already?

Enough questions. Time to get out of that dump.

That was fast. Chris Matthews, the guy whose famous leg tingling became a thing, retired. Apparently, the cause of his cancellation was insufficient wokeness. See, he thought it was a stupid idea to nominate a socialist in America and, well, you can’t think that. He dared compare Bernie Sanders’ victory in Nevada to the Nazis conquering France in 1940, which is fair since both Bernie and the Nazis are socialist dirtbags. He also said “sexist” things. The “sexist” things included pushing Sitting Bolshevik to put up or shut up about Mike Boxberg’s “kill it” comment (which I suspect he said, but what’s wrong with asking someone who repeats that charge if she really believes it?).

MSNBC folded like a house of cards, all jokers, and it just goes to show that you have a stark choice in the liberal elite – get with the woke dogma or get canceled. That’s why they keep shifting left, because they can’t hike up the stones to say “Hey jerk, stuff it – I’ll say what I please.”

Oh well. Moderation is all about hoping the leftists kill you last, and sometimes they don’t wait that long. Happy tinglin’ trails, Chris.

Get my latest conservative thriller, Collapse, and the other entries in the best-selling series, People's Republic, Indian Country, and Wildfire, and thereby own the libs. And also check out my Townhall VIP podcast, “Unredacted” every Monday as well as my new Hugh Hewitt-affiliated Salem podcast, “Fighting Words”!

My super-secret email is Kurt.Schlichter@townhall.com!