Thanks for the Democracy and Christianity Lessons, Dems

Kurt Schlichter
|
Posted: Dec 11, 2019 12:01 AM
Share   Tweet
The opinions expressed by columnists are their own and do not necessarily represent the views of Townhall.com. 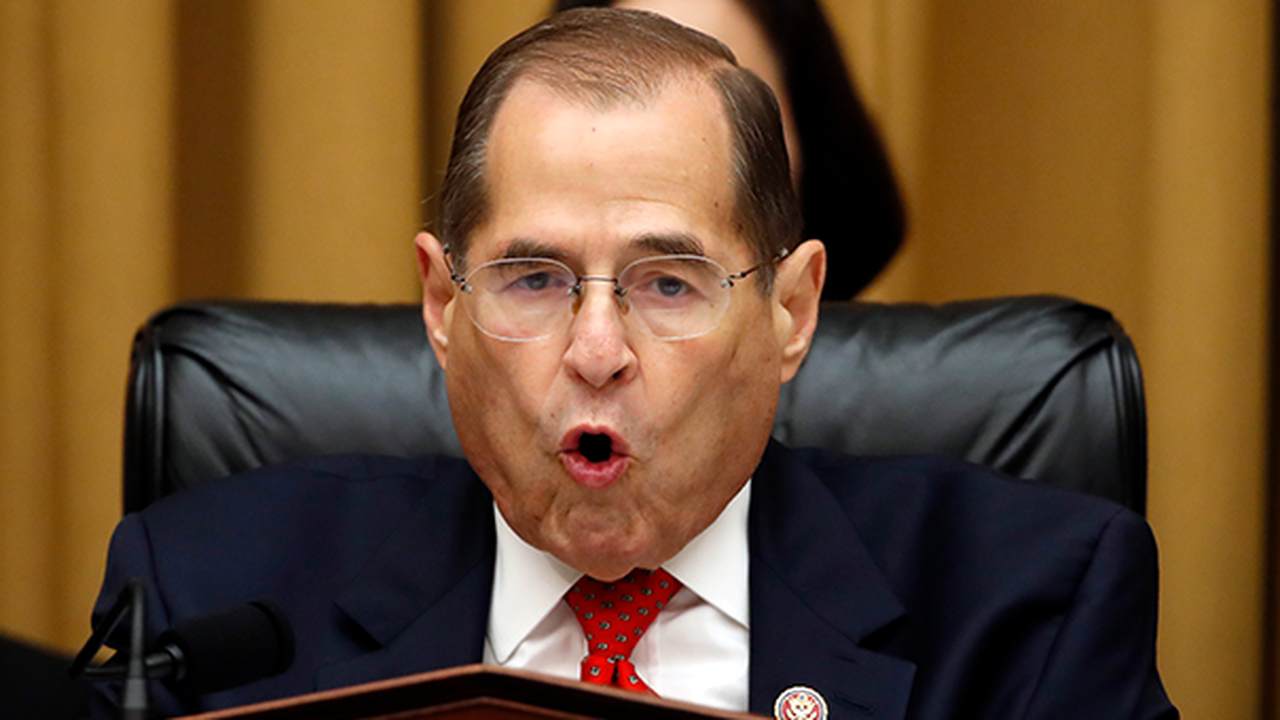 Move over syrup of ipecac, there’s a new emetic in town, and it’s the Democrats pretending they care about democracy and Jesus. If their smarmy posturing as guardians of goodness doesn’t make you gack, you have a stomach of iron.

So, let’s review. We have that human lollipop Adam Schiff talking about the danger posed to our democracy – it’s a republic, you anime-eyed weirdo – by a president who, and I want to make sure I’m clear, was treasonous or something because he decided to ask a foreign government to investigate why the Navy-rejected, strip club-patronizin’, dead brother’s wife cavortin’, crack-smokin’, paternity test-failin’ son of a totally not-senile veep got a $50K a month-plus gig with a Ukrainian oligarch.

No Adam, nothing to see here. Why, this seems super legit. In fact, the Bidens should be praised for bringing America and Ukraine closer together through the awesome bonding power of elite corruption.

“Our democracy hangs by a thread!” Adam Schiff would howl if he was less clichéd, and that itself is pretty damn clichéd. It’d be ironic if he hadn’t decided to go grab the phone records of a bunch of people, including a lawyer and another congressman, and then publicize the info, apparently because of democracy or something.

And then noted theologian Nancy Pelosi weighed in with her very special brand of cafeteria Catholicism, except hers is keto paleo vegan Catholicism, which means there’s only one thing she can partake of (haughty, phony claims that she doesn’t hate anyone) and she can never stop talking about it.

As many people have wondered, isn’t there some sort of teaching on pre-natal infanticide that the Catholic Church is famous for, or did I get that wrong? Admittedly, I was raised Methodist so I am presumptively unfamiliar with Christianity, but I’m pretty sure abortion on demand until the fetus graduates from college is not part of the traditional Roman Catholic catechism. Well, maybe it is at St. Karl of Marx’s cathedral back home in Scat Francisco.

As tiring as it is to get good government lectures from the likes of Oberdorkenfuhrer Stasi Boy Schiff and theological dissertations by Sister Nancy of the order of Our Lady of Perpetual Posturing, Jerry Nadler (D-Wonkatown) always provides his own brand of baffling entertainment. Every time I see his gelatinous, high-belted form grace my TV, which is not often since I don’t watch CNN or rub sulfuric acid into my eyes, I hear a modified version of the Oompa Loompa song:

The Nad’s gonna hold some hearings too

It hasn’t made very good TV

What do you get when your witness’s a lib?

And then there’s all their other crap

Topped off with Jerry taking a nap

Trump is totally going to win

He’ll get another SCOTUS seat or two

So, why do these manifestly anti-democracy and anti-religion Democrats pull this? Because they think you are stupid. They think you are dumb. Now, in the case of their own mouth-breathing constituents, they are right. If the Democrats hadn’t cornered the market on the nitwit vote, they’d be about as popular as the Libertarians if the Libertarians stopped caring so much about pot.

It’s you they are trying to fool, and you should be insulted. Getting lectured on the American constitutional system by the likes of Adam Schiff is like getting muscle car advice from Greta Thunberg – “How dare you not select the Dodge Charger with the 440 hemi! How dare you!” And Nancy Pelosi spouting off about Christianity? You just know Moloch is one of her big donors.

I’m trying to figure out who, if anyone, actually believes them. You look at the dead-eyed nimrods on CNN and MSNBC and you wonder if any of them are stupid enough not to see through this manifest manure. A few of them obviously do, but there are also some who actually buy into this baloney. You just wonder how dumb people have to be to fall for this and then you see people talking about how inspirational Bernie Sanders is and you are reminded that an alarming percentage of human beings are oxygen thieves.

It’s all a lie and a scam, and I don’t think normal people are buying it. The words/deeds disconnect is too great. Having set fire to their credibility, you wonder what the Democrats will do in 2020. What’s the winning strategy when the closest thing to “democracy” these dorks believe in is “hypocrisy?”

If you want to know what a world run by these human troll dolls would look like, check out Collapse, my action-packed yet hilarious sequel to People's Republic, Indian Country and Wildfire.  If Bill Kristol thinks they are “Appalling,” what do you think you’ll think about them?