Sure, Let’s All Unify...Around Donald Trump

Kurt Schlichter
|
Posted: Nov 01, 2018 12:01 AM
Share   Tweet
The opinions expressed by columnists are their own and do not necessarily represent the views of Townhall.com. 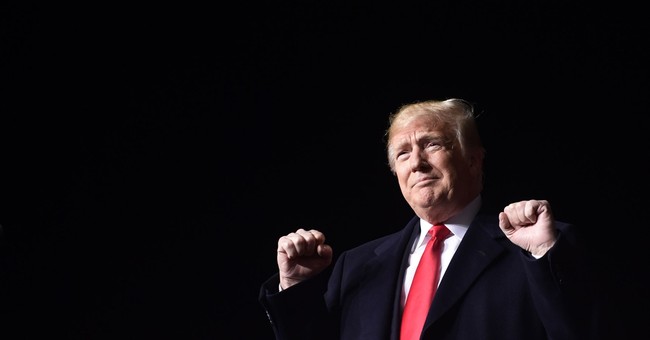 In these troubled times, so many of our betters in our beloved and respected elite have cried out that Americans must put aside our petty differences and come together, and I agree. Let’s unify around the conservative agenda of the guy we elected president, Donald Trump.

Look, I mean, I could be cynical. I could doubt the sincerity of our moral superiors. I could engage in nutty conspiracy theories to the effect that the leftist whackos on CNNMSNBC and their Fredocon pals really mean we should unify around them and their preferred policies.

Which, of course, also means we would have to give up on our preferred policies, the ones that serve our interests instead of the interests of the useless elite. But that’s crazy talk.

No, when they talk about unity, they totally mean that they intend to come around to our way of thinking. Because it’s the right thing to do – unifying and stuff.

Right? Chet, you agree, don’t you?

Chet is my unicorn.

As I explain in my hilarious and obnoxious new book, Militant Normals: How Regular Americans Are Rebelling Against the Elite to Reclaim Our Democracy, Normal people are perfectly willing to unify, when unity isn’t a fraud designed to cover the elite’s massive grift. But, and I know this sounds kooky, a lot of Normals don’t trust our elite when it says “Trust us.”

Those darn regular Americans, always remembering all the ways that the elite has screwed up and failed. Iraq. The 2008 meltdown. The last couple seasons of The Walking Dead. But the elite’s done so many good things recently. There’s … uh … well … ummm … shut up, hate criminal!

Normals’ stubborn insistence on holding the elite accountable for its utter incompetence is definitely racist, sexist and…uh…transphobic. Yeah, that too, for some reason.

The simple truth is that these shrill demands for unity are really demands for our surrender. The elitists who are howling that we have to come together have no intention of coming together with us. Rather, they want us to come together around them and the very same policies, initiatives, and weird taboos that we’ve spent the last few election cycles repudiating.

What, exactly, do these people propose to give up to help close America’s divide? Their campaigns against our free speech? Our religions? Our guns? Our desire for people to use the right bathroom?

Nothing, nada, zip. They intend to give up nothing. We’re supposed to give up what’s ours. Why? We just are.

Most of all, what’s supposed to bring us together in this glorious frenzy of united unity is our relinquishment of our bad attitude, the uppity urge that leads us to embrace disruptors like Donald Trump and reject the hierarchy our betters desperately seek to reestablish – with themselves at the top and us toiling down below.

“Unity” means rejecting mean old Trump and his feisty ilk and re-embracing reasonable, rational, submissive GOP puffballs like Jeb! and Mitt. You know, Classic Republicans who understand their job is to lose like gentlemen and to talk bad about us members of the uncouth GOP base to their liberal buddies at cocktail parties.

“Unity” certainly means not blaspheming the Holy Sacraments of Elitism, like the climate change grift, the idea of the perpetual perfidy of patriarchy, and the need to utterly disarm the peasantry.

Enough of the quotation marks.

If they want unity, then they can unify around the Constitution – not what they try to shoehorn into it but what’s already in there.

If they want unity, they can unify around the radical idea that every American has the God-given right to say what he pleases, to pray how he pleases, and to pack the heat he pleases for the defense of himself, his family, his community, and his Constitution.

If they want unity, they can unify around the principle that we Normal Americans can and will rule ourselves, and that we do not need, do not want, and will not accept that anyone has the right to judge us, disrespect us, or dictate to us.

Unity means ending the re-litigation of the last election via the Mueller charade.

Unity means no more calling conservative dissenters “traitors” and yelling “Treason!” every time they get beat at the ballot box.

Unity means not calling for getting in their opponents’ faces to try to intimidate them into silence and acquiescence to liberal rule.

Unity means not whining about how the Constitution is unfair every time they lose a fight.

Unity means not just accepting that Donald Trump is our president but the fact that he has a moral right to pursue the policies that he promised the people who elected him.

Unity means our elite not being jerks, and that’s why unity’s not in the cards anytime soon.

Check out my new book Militant Normals: How Regular Americans Are Rebelling Against the Elite to Reclaim Our Democracy, but only if you enjoy annoying liberals, pinkos, SJWs, comm-symps, Never Trump sissies, and weasels who try to sucker you into their version of unity which inevitably means your utter submission to their goofy commands. Order it now to own them all.