I Left My Shoes In San Francisco

Kurt Schlichter
|
Posted: Sep 10, 2018 12:01 AM
Share   Tweet
The opinions expressed by columnists are their own and do not necessarily represent the views of Townhall.com. 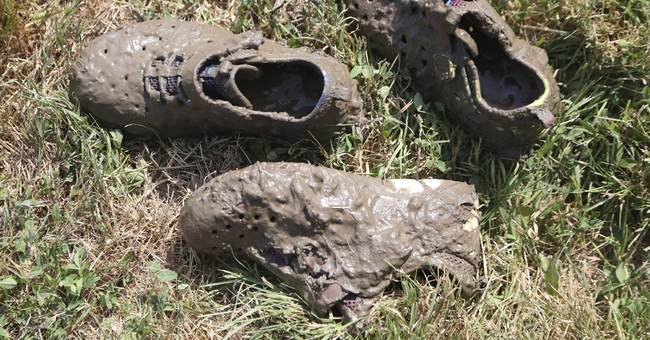 Tony Bennet’s famous song about those cable cars that climb half-way to the stars leaves out the fact that once you hop off one of those rickety tourist traps you have to tip-toe through a minefield of used soup kitchen free lunches laid down by the city’s army of ubiquitous vagrants. But maybe you’ll get lucky and step on a discarded needle instead of a former baloney sandwich.

Enter the search term “San Francisco feces map” into Google and it comes back with 1,040,000 results. Yeah, it’s a thing. San Francisco was always grungy – back in the 1980s, I believe it was comic Bobby Slayton who called it “the city that makes its own gravy” – but it has gone from merely unwashed to actively unflushed.

Sure, it’s funny to the rest of us, in a horrifying and disgusting kind of way, just like the fact that the socialist geniuses in Venezuela are forcing the famished locals to gnaw on its zoo’s zebras and gnus for sustenance. You look at these examples of leftism in action and you have to laugh, but what’s not funny is that this is not some sort of aberration. This is the future our liberal elite wants for us, and it’s doing everything it can to make it a reeking reality.

You see, they could stop this nonsense any time. No one has to live with derelicts choking grumpies in public places. Most places don’t have this problem – yet. Hell, public sanitation was one of the great leaps forward that took the world out of the Dark Ages. It’s not hard to stop. You just don’t tolerate it. Drop a deuce, do a month in jail.

Look at what they are doing, so to speak. The commie mayor of New York is undoing the Rudy Giuliani Revolution and ushering in a return to the Big Apple of Serpico and Taxi Driver. The new Democrat DA candidate in Boston wants to stop prosecuting the petty crimes that make urban life unlivable. Here in Los Angeles, hordes of zombie freaks wander the streets, overrunning public spaces and breaking into cars, knowing they have a literal “get out of jail free” card because California rarely puts people in the slam for that sort of thing anymore. Oh, and California is getting rid of cash bail. By the way, a woman in my neighborhood just got raped by one of these creeps.

But what about justice for us?

What about justice for the people who work, who support themselves, who try to raise decent families, who aren’t bipedal cro-mags who drop trou and crack a stink pickle wherever and whenever they feel like?

As my upcoming book Militant Normals: How Regular Americans Are Rebelling Against the Elite to Reclaim Our Democracy explains, we Normal people are always the ones who are supposed to put up with the stinking consequences of liberalism. The elite indulges its weird notions of virtue by making us tolerate weirdos, losers and mutations. We Normals get to do the hard work, pay the taxes, fight the wars, and now we also get to dodge piles of street scat.

But do you think some hobo would get away with doing the squat n’ scoot outside of a Pacific Heights mansion where our betters like Dianne Feinstein and Nancy Pelosi live?

Yeah, sure. And I can sell you the Golden Gate Bridge cheap.

The fact is that this is the liberal elite’s blueprint for the future. It’s a future where crime goes unpunished, and pathological deviance is allowed to flourish. But not where the elite live and work. Just like none of their kids ever attend any of the pathology factories that are the urban public schools, their kids instead get to go to secure private schools, safe from the chaos their liberal mommies and daddies tolerate for the little minority kids across the freeway. One particularly snarky chapter of Militant Normals introduces you to Kaden, a West Side Los Angeles gender-undefined child of privilege, and shows you how his (or xis) kind grows up hating you and seeking to impose San Francisco on all of America.

They want you playing hopscotch with human dung. They want you living in fear; you’re more pliable that way. All this shows you who’s boss.

This is about power, their power to make your life miserable and even dangerous. By forcing you – but again, not themselves – to endure this primitive misbehavior, by making you live in fear, they are figuratively crushing you underfoot and punishing you for the crime of being Normal. All these awful people milling about doing awful things and wreaking the communities you live in? They are a result of your moral failings, of your selfishness, of your refusal to give even more of your money, freedom, and power over to the wise and kind and morally upstanding elite.

The elite are on the side of “society’s victims,” and you Normals are “society.” You are the villains, you Normal people who simply want to lead a decent life in safety and relative prosperity. And the victims? The “victims” are often not victims of anything except their own taste for drugs and squalor, or they are victims of the elite’s cruel plan to let the mentally ill out of the institutions to live on the streets, shouting at invisible antagonists.

What the liberal elite have in mind is no laughing matter. No one has to let people treat our sidewalks like a latrine. That’s a choice, a conscious decision made by the elite in the service of their irrational hatred of the Normal people who refuse to bow down. But we can choose to fight back. November’s coming. Vote Republican, and against people going on the sidewalk.

So, until we restore sanity, just remember, if you’re going to San Francisco, be sure to wear some … booties over your shoes, cause you’re gonna meet some grody people there. Unless you’re wearing Nikes. Then totally step in it with those traitor sneakers.