The IG Report Was a Whitewash and Devastating All At Once

Kurt Schlichter
|
Posted: Jun 18, 2018 12:01 AM
Share   Tweet
The opinions expressed by columnists are their own and do not necessarily represent the views of Townhall.com. 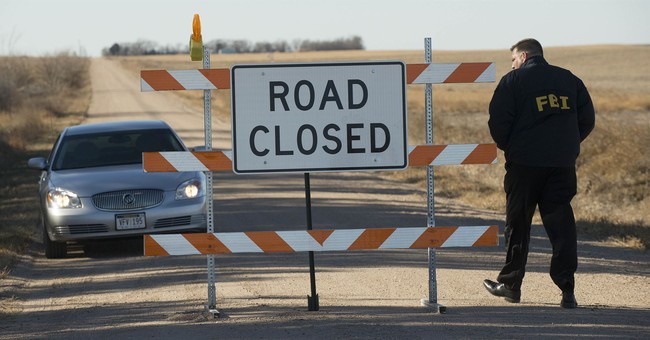 The FBI has managed to transform its image from Efrem Zimbalist, Jr., into Special Agent Boogaloo Shrimp, and the Inspector General’s report was the bureaucratic self-policing equivalent of Breakin’ Faith 2: Electric Bamboozle.

Here’s the punchline: MC Hammered, who dropped his Glock and shot a dude whilst bustin’ a move, was one of those “top 5% of applicants” that zombie FBI Director Christopher Wray kept babbling about during his excuse conference following the report’s release. But that guy would not have even placed in competition for the title “Worst FBI Agent Ever” against the toadies, flunkies, and hacks the report highlights.

During his spin cycle news conference, Wray spent a surprising amount of time – that is, any time – boasting about the quality of his FBI honors interns. Great. Put one of them in charge. He, she, or (knowing the current liberal culture of the FBI) xe, can’t do any worse.

Wray’s ruined agency’s best n’ brightest conspired to undo the results of an election to ensure that the liberal politician who wouldn’t derail their gravy train would take office, but hey, a couple hours of diversity classes will fix that right up. I know I feel much better knowing that these bureaucratic superstars are finally going to get some training to inform them that trying to use their power as federal law enforcement agents to swing an election to their preferred political party is wrong. Apparently, that was previously unclear.

The IG report bait n’ switch was just another example of our elite shrugging in the face of indisputable evidence of its own wrongdoing. The bombshells in the IG report could justly be classified as “thermonuclear,” but remember the Comey conference back in July 2016? Its bombshells were thermonuclear too. Integrity Boy laid out an utterly devastating case against Felonia Milhous Von Pansuit, highlighting in damning detail her litany of crimes that would have consigned you, me, or anyone else not in the elite to a long tour in the stony lonesome. And then that Looming Doofus concluded his lengthy summation with, “But never mind.”

The same with the IG report. Yeah, the report demonstrated intense and pervasive political bias. Yeah, at every turn the FBI/DOJ hacks gave unprecedented deference and breaks to Hillary. Yeah, from the get-go they talked about how no one was ever going to be prosecuted. Nah, nothing to see.

It’s like a prosecutor laying out a crushing case to a jury, then saying, “And in conclusion, I’d like you to find the defendant not guilty.”

“No evidence,” concludes the IG report. It’s 500+ pages of evidence.

Let’s try a hypothetical. You are on a jury. My client is a black man claiming racial discrimination by his company. I present you with texts from key leaders in the company – who are still employed in high positions at the company – discussing how they hate black people. I demonstrate that at every single opportunity, the company made choices that hurt my client, just like at every opportunity the FBI and DOJ made choices to help Hillary the Harpy. Then, I show the company fired my client with no evidence of his wrongdoing, just like the FBI exonerated Stumbles O’Drunky with tons of evidence of her wrongdoing. Do you think I presented “no evidence?”

You, as a juror, have a choice – was my client discriminated against?

I, as his lawyer, also have a choice – Ferrari or Lamborghini?

The IG report sidestepped the most critical point, the one that is resulting in the American people losing their last remaining fragments of faith in our system, the fact that there are demonstrably two sets of rules, that there are two brands of justice in America.

There is one for you, me, and everyone else not in the elite – the infuriated, angry Normals. And there is another one for the elite.

I bet if you, me, or anyone else not in the elite were being prosecuted by the feds, the feds would be totally neutral regarding our politics, they would show us deference and give us breaks, and they would resolve from the beginning that we were going to walk. Let’s ask Scooter Libby or Dinesh De Souza or Conrad Black or Mike Flynn about that.

President Trump, you’ve already fixed the injustices suffered by Scooter and Dinesh. Pardon the other two guys. Pardon Conrad Black and General Mike Flynn. Show that this unAmerican, tyrannical garbage is unacceptable by refusing to accept it.

Hell, pardon everyone Robert Mueller and his team of Democrat operatives have ever even talked to. The report’s incoherent conclusion notwithstanding, it shows that this whole process is irredeemably tainted with political bias. Shut it down and let the voters decide if they want to validate injustice or not.

Our country cannot go on like this. The rule of law matters, and the rule of law does not have exceptions that exempt preferred people and groups. We have tolerated this abomination long enough – it has to stop. Either the elite rediscovers its sense of duty and service and stops it, or we will stop it. Donald Trump is our latest attempt to do that. If he is unable to do so, the elite is really going to hate what we try next.

See, they don’t get to win.

Some have taken to calling our political/cultural response to this abandonment of the rule of law “tribalism.” And it is, because tribalism is the only alternative to the rule of law. Some like Jonah Goldberg rightly warn against the tribalist trend, and it is bad, but it sure beats the hell out of being the liberals’ serfs. Others are fussily upset that we choose uniting to protect ourselves over surrender – to them I say, if you Fredocons don’t like tribalism, then help us fix the freakin’ problem instead of trying to shut us up and pretending everything is groovy.

Once again, here are the two, and only two, options:

Notice how there is no option for “The elite tribe exercises unchallenged dominion over us.” So, choose wisely.

The IG report, simultaneously a devastating indictment of elite misconduct and a total whitewash, is a symptom of the moral leprosy infecting our elite. It is rotting away our institutions, and the foundations of the United States as we knew it. But the elite can’t, or won’t, even admit to itself what we all see.

And this means that means the elite can’t, or won’t, do what is necessary to repair the damage the elite itself has caused our country. No wonder the Normals are getting militant – and if the elite does not wake up to the danger, this country will be torn apart, or even worse.

The funky FBI guy’s breakdance antics were almost funny. But what his incompetence and the IG’s devastating whitewash are is terrifying.