Never Trumpers' Whining About Principles Was Just An Act

Kurt Schlichter
|
Posted: Apr 19, 2018 12:01 AM
Share   Tweet
The opinions expressed by columnists are their own and do not necessarily represent the views of Townhall.com. 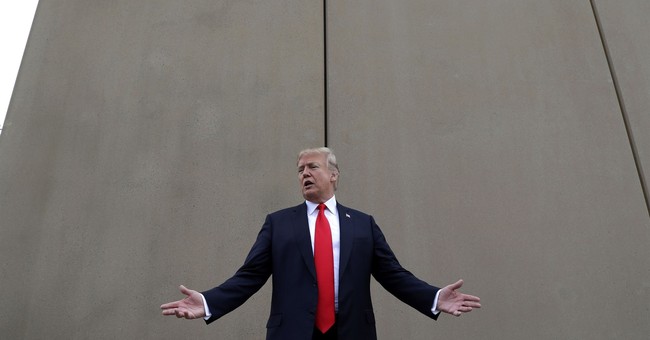 You know all that insufferable babbling and crying about “principles” we had to endure from you Never Trump Konservative Ken Dolls? Your rending of your cheap suits, your 180s over classic GOP policies because The Donald actually tried to enact them, and your mortifying blubbering to suddenly sympathetic hosts on MSNBC and CNN about how awful our President is? With your sad, drawn faces and high-pitched voices, you True Conservatives of Conservatism™, you Keepers of the Flame of Conservativeness resisted the coming of Donald Trump (and those who supported him) because…because…

Because that’s not who we are…

Because we’re better than that…

Our principles. Yeah, right. Well, it was all a crock, a con, a grift by a bunch of displaced Beltway strivers furious that the marks – that’s us Normals – wised up to their scam, played the players, and sent them packing.

Principles? You laughed uproariously at Sean Hannity’s confidential information being revealed for no good reason, just as you laughed at President Trump when federal agents marched into his lawyer’s office to steal privileged documents as part of the shameful collusion farce you’ve been applauding. Your principles didn’t stop you from supporting an effort to undo the results of an election that left you out in the cold.

What would the Founders say? Probably, “Stop trying to hang around with us.”

Where are your principles in the face of the gross injustices of the last few days? A federal judge who was nearly appointed Bill Clinton’s attorney general and who officiated at Soros’s wedding ordered Hannity’s information disclosed, but that was cool with you. After all, Sean Hannity is so…oh well, I never!

Principles that depend on who is asserting them aren’t principles. They are poses.

If you actually adhered to them, your principles would have you shrieking, not cheering. A bunch of Hillary-donating feds should not be allowed to randomly pillage through privileged materials looking for a crime. No, the crime-fraud exception does not mean that the feds can just take all your stuff, read through it, and decide if some happens to fall into that narrow exception and leak the rest. But hey, why let some principles get in the way of a good laugh at the expense of one of those Trump people?

Gosh, it’s almost like your talk of principles was just…talk.

The government is mocking due process, shattering attorney-client privilege, and undermining the rule of freakin’ law, but you’re giggling like teen girls at a One Direction reunion concert, only you’re less butch. Where are your principles now that invoking them helps someone you don’t like?

Missing in action, like Bill Kristol and Max Boot when it comes to the wars they so eagerly advocate.

You and your principles. Your only principle is getting the president out of power so you can weasel back in.

And same with the rest of the Normals, those of us who had to spend decades listening to your excuses and lies until we noticed that the cruise ship captains of the conservative elite had been treading water. Oh yeah, every election you promised to fight, and after every election all you did was fail. But you had a good gig, as long as the bipartisan elite grift was in effect. When the GOP won, you were the in-crowd, and you raked in donations and media hits with the promise that you would use the power we gave you to make real conservative change.

But that never seemed to happen.

And when the GOP lost, well, then you were in opposition, and so you raked in the dough and attention talking about how you would fight once we put you back into power.

It was a pretty good scam, that is, until we got tired of being lied to and installed a disruptor into office. And what we hired him to disrupt was your sweet little gig.

We rejected you. Us unwashed, uncivilized, non-DC/NY-living nobodies rejected you, and now you can’t even get your phone calls returned from that 24-year old guy in a MAGA hat down at the Old Executive Office Building. You’re a nobody, a punchline, writing articles nobody reads for magazines no one remembers.

It gnaws at you.

But you still have your principles, your precious principles, and the liberals will let you act out your Never Trump charade on their shows and in their pages because it’s helpful to them to have little Mr. Helper playing Sad Conservative Has-been Against Trump. But they don’t respect you. And they don’t like you. And when they are finished with you, it’s back in the gimp box.

You think you’re Michael Corleone Conservatives, pulling the strings, plotting to take power. But you’re really just Fredocons. You’re not smart, you can’t handle things, and you may want respect, but don’t hold your breath.

Still, you have your wonderful principles. Congratulations. And if you close your eyes and try real hard, you unaccomplished mediocrities can imagine that you aren’t just lying there on your bellies at the feet of your liberal overlords. But you are. Maybe if you beg, if you obey, if you please them by trashing the people you used to pretend to champion, perhaps your masters will drop a scrap off the table for you to gobble up.

Here’s a hit on NBC with Chuck Todd. Be ready with a bon mot about how Donald Trump is a moral cancer.

Here’s a chance to write for the New York Times. Be careful to stay within bounds, though, or else.

Here’s an invitation to a little cocktail soiree in Georgetown. Just make sure you shake your head in disgust when the other partygoers talk about those racist hillbillies and science-hating Christians with their guns and Jesus and masculinity.

You’ve talked and talked and talked about principles, but as James Comey and Robert Mueller and your gal Felonia Milhous von Pantsuit undermined every principle this country was founded on, all you did was clutch pearls about how Trump is icky. This country is in real danger of breaking apart, of actual conflict, but all you can think of is recovering your cheesy little seat on the Beltway bench.

No one’s fooled. And no one cares. Which ought to scare the hell out of you. Because when the liberals figure out that you have zero credibility with us real conservatives, you’ll stop being their useful idiot. You’ll just be a plain old idiot.