Random Thoughts on the Current Chaos

Kurt Schlichter
|
Posted: Mar 14, 2016 12:01 AM
Share   Tweet
The opinions expressed by columnists are their own and do not necessarily represent the views of Townhall.com. 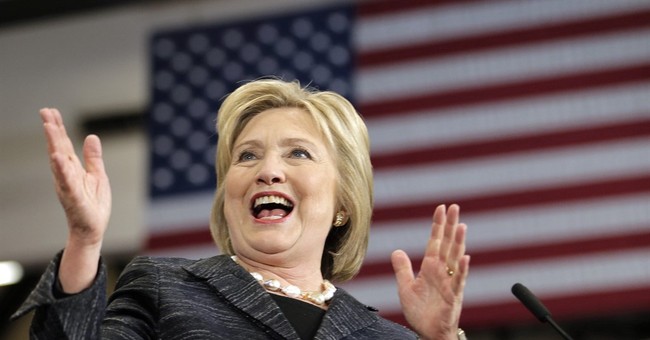 With that cheery thought in mind, here are my random thoughts on the current state of the race.

Rubio: I wanted to be able to support him; many people I respect do. He would absolutely be the nominee today if he had not betrayed his conservative supporters by cavorting with Chuck Schumer and the Gang of 8. He could have salvaged it if he had long ago admitted he was utterly wrong, but he doesn’t think he was. He thinks we’re wrong. And while the donor class has adopted him in the wake of the Jebpocalypse, his pro-amnesty views have disqualified him with the vast majority of actual voters. I liked when he took on Trump, but he’s backed off from that and become a generic establishment guy. And also a guy who is likely to help Trump get the nomination. Maybe Rubio wins Florida, and maybe I decide to become a brony; I see the latter as slightly more likely (If he wins Florida, I will temporarily change my Twitter avi to a unicorn and my handle to “Starfire Cuddlecakes.”)

He should drop out and back Cruz; that might help salvage what was a great future, but he won’t. He’s the George Costanza of American politics – he should carefully consider what his gut is telling him to do and then do the exact opposite.

Cruz: I’ve avoided picking a candidate so far, but it’s time for the Schlichter Primary polls to close. I support Scott Walker – wait, sorry, he wisely pulled out when he saw this wasn’t going to be a cycle where normalcy was rewarded. No, I support Ted Cruz. I’ve given him some money, and I know some people associated with his campaign and they are top notch. His ideology largely matches mine, and he’s cunning. I’ve seen him talk – though I wish he was less a Harvard Law appellate lawyer than a trial lawyer who has to talk to actual people instead of at them.

But I am worried because I doubt he’s ever been in a bar brawl. His civility spiel is nice, but if he really believes it he is delusional. This is going to be an epic knife fight and if he’s not willing to go toe-to-toe with Hillary and her hordes – yeah, the Trump rally crashing was a vision of violent things to come – he’s going to be crushed. His people can do it; he needs to decide he’s going for the throat and then go for it.

Trump: A lot of my pals are #NeverTrump. Their arguments are sound, and don’t look to me to argue that they should vote for a Dem-donating, vulgar liar with Consistency Deficit Disorder other than to say I will if he’s the nominee because he’s better than the evil Democrats. But this Nazi-slur crap has to stop. If you really think a substantial portion of the conservative-leaning segment of the American people are active fascists, then you may as well give up now. And I refuse to get the sads when a dude in a John Deere cap who probably got shot at in Fallujah smacks some commie creep who crashes a Trump rally to set fire to Old Glory.

Let’s be clear, conservatives: During this race, Trump fans are our opponents. But always and forever, the leftist scumbags of Occupy, BLM, MoveOn and their leaders like Bill Ayers, are our enemies, and if it’s a choice between the two I’ll side with the team that at least doesn’t hate America every single time. No equivocation. No hesitation. No regrets.

This nonsense in Chicago was a preview; to the extent Rubio and Cruz hinted that somehow Trump himself was even partially responsible for an organized mass of leftist thugs shutting down his speech they were at a minimum wrong and possibly strategically confused in thinking they can ride the progressive tiger for a bit until it eats Trump. If the left wants to make it a rumble, then we need to say “Let’s go,” not “Use your words.” Never take sides against the Family with the anti-American left, Fredo. Never.

Kasich: He’s a cancer on conservatism and his haircut is stupid. That said, assuming he wins Ohio and is polling well there for the general versus Hillary Anti-Viagra Clinton, I consider it almost political malpractice for either Trump or Cruz not to pick him as veep. And just typing those words makes me want to die.

The General Election: If Trump is nominated, he beats Hillary. He creates a movement, a cultural buzz and novelty that overwhelms the doddering, ancient. Libfascist, pantsuited, pervert-enabling harpy. And then he proceeds to be a marginally less terrible president than she would have been.

If Cruz is nominated, well, the conventional wisdom says he gets pummeled by a billion in negative ads while being starved for money by a donor class that sits on its hands because their boys got rejected and because they know Hillary is less likely to disrupt their scam than Ted. Further, , the CW says Cruz finds himself with no path to 270 states – I can’t think of a state he wins that Mitt didn’t. And yet, Cruz has the best campaign, the best GOTV data ops, and the best ads, and he has a plan, though I don’t know what it is. Plus maybe, in a stunning turn of events, the DoJ does its duty and indicts that freakish female felon, which might help – though a criminal charge is probably a plus to Democrat voters. Regardless, betting against Cruz, who by all rights should be an asterisk right now considering his stiff competition at the start of this death march, is super, super unwise.