The Case for Donald Trump

Kurt Schlichter
|
Posted: Feb 08, 2016 12:01 AM
Share   Tweet
The opinions expressed by columnists are their own and do not necessarily represent the views of Townhall.com. 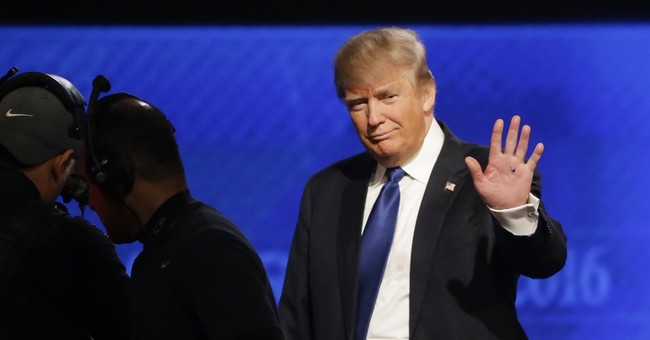 It’s easy to make the conservative case against Donald Trump – he’s a Hillary-donating human troll doll who displays the interpersonal skills of Damien from “The Omen” while practicing the same deep, abiding commitment to conservative ideology as Charlie Sheen does to sobriety.  Yet millions upon millions of Americans – some committed conservatives – still choose to support his nomination and, stunningly, do so on purpose.  We need to understand why.  In the Army, you call it “red teaming” – looking at the fight from the enemy’s point of view.  In the law, a trial lawyer must not only know his own case but understand the other side so well that he can make his opponent’s case.  And there is – cue the prayer for the Republican Party – a case for Donald Trump.

The best argument for nominating The Donald is the fact that he is not one of those aging, doddering, super-white, socialist Democrats.  It’s a sad state of affairs when the sole item of diversity in the leadership of one of the two major parties is whether or not one sits to pee, and considering Bernie’s quirks it’s probably best not to explore that imagery too deeply.

But clearly, Trump is not one of them, and clearly he can win.  Despite lingering high unfavorables, Trump has won over a lot of people and he expands the Big Tent in ways no one else running can.  While he underperformed in Iowa, he still pulled in a quarter of the votes, and a lot of them were first-time caucus-goers.  Many were former Democrats – the legendary Reagan Democrats we Republicans always talk about winning again but who we never, ever bother to address.

Most of Trump’s supporters are good people, patriotic Americans burned by an elite that sees their misery as collateral damage in a coastal, urban-led struggle for feel-good progressive change and personal enrichment.  The positive, optimistic, even Reaganesque language Trump uses when describing the future speaks to them – and Trump is the first major American figure in a long time to speak to them of hope and with respect.  Mostly the culture lectures them on their stupidity for not having attended Harvard, their selfishness for not wanting to support welfare cheats with their hard work, and their unforgivable, innate racism for having a great-great-great-great-great grandfather who came from the British Isles.  These are the Americans who built this country, who fought for it, and who died for it, and until Trump came along, all they ever were was dumped on.

And they are not all white people from the sticks – Trump is reaching minorities.  Rand Paul laudably made a point of going into minority communities to show them that all Republicans were not moustache-twirling Simon Legrees, but through his reality shows Donald Trump went into their homes.  They know him, and he may be a little silly but he’s no monster.  The same people who have spent every day for the last six months predicting that Trump would flame out tomorrow are dismissing his appeal to minority voters.  There is no reason why on this point they will suddenly do a 180 and start being right.  Already we see sports figures and entertainment stars signing on.  Trump can win the pop culture fight in a way both that hideous, ancient, socialist monster and Sanders can’t.

And let’s be clear: Donald Trump is no racist.  That’s just the same lie they always spit at anyone not fully goose-stepping in the liberal formation.  Sure, a few dorky neo-Nazi white power nimrods try to stowaway on the Trump train, but it’s silly to think they are any significant part of his movement or that he has any affection for them.  Trump’s re-tweeting some idiot with a username like @EddieWhiteGenocide69 is attributable not to malice but to the same carelessness that characterizes everything else he does.

Trump does not have a racist bone in his body – it is not racist to raise an issue like the bloody toll among American citizens extracted by illegal alien criminals who the elite refuses to deport.  Here’s the latest Dreamer in action – Donald Trump is not a monster for saying “Enough!”  The monsters are the hacks who refuse to stop the bloodbath and try to hide the carnage behind a curtain of lies like “Act of love.”

Trump is able to speak clearly to Americans instead of uttering focus-group tested drivel at them.  Sure, over the years, Donald Trump has shown the same consistency to his conservative ideas as he has to his wives, but he seems to have settled on good ones right now and maybe he will continue to do so.  Trump is, at least, a capitalist – after all, crony capitalism is a kind of capitalism, isn’t it?  The guy is not a doctrinaire free-marketer, to say the least, but he’s not a wholly-owned subsidiary of either Wall Street like Hillary or the stinky mass of cop car-defiling occupier-types like Bernie.

And at least with Trump, we know what side of the fight he would take if America was attacked.  He seems to genuinely love our veterans, as long as they weren’t captured, and his unpredictability would give our enemies fits.  Putin and the mullahs would look at Sanders and Hillary, tent their fingers, smile, then take the Baltics and test a nuke.  They could count on another four years of liberal passivity from Team Chamberlain.  But with Trump, who the hell knows?  It’s not an entirely bad thing to have a president everyone is afraid to make sudden moves around.

Of course, there is also a case to be made for Bernie Sanders and Hillary Clinton.  Neither is competent enough to unleash the full potential of the evil of their historical analogs.  Sanders is far too weak and feminized to fully blossom into a reboot of his idol Joseph Stalin, and Hillary would spend her term deepening and expanding her already stunning record of corruption while bitterly plotting against her enemies (us) like a doughy Lucretia Borgia.  But the best argument for these two creeps is that they would probably end the rancor between Red and Blue America permanently.  Unfortunately, that would be because Red America would secede in disgust.

So there is a case for Donald Trump.  Unfortunately, in the end that case boils down to, “It could be worse.”