“Liberal” Is Just A Synonym For “Smug” 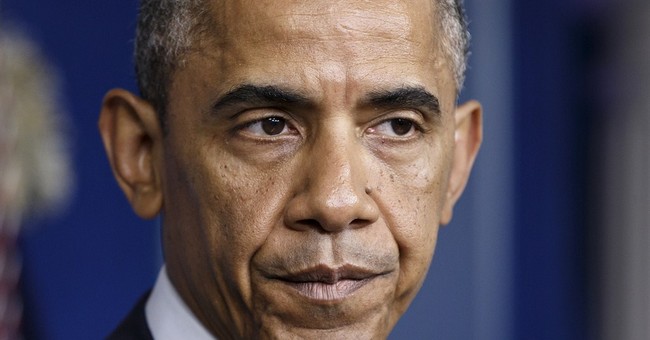 It's astonishing that an ideology which such an unbroken track record of failure has adherents who are so incredibly pleased with themselves. It's like a soda pop executive whose proudest achievement was thinking up New Coke.

For the liberals who aren’t liberal solely because someone is handing them checks for plopping onto the couch all day instead of working, liberalism has become less an ideology than an attitude. It’s an attitude of serene superiority over everyone else based upon absolutely nothing more than liberals’ utter certainty of the rightness of their collectivist cause. That history shows that collectivism always leads to tyranny never seems to put a damper on their confidence.

Oh, and just try to press a liberal for an actual, tangible achievement on Hillary’s resume besides enabling her priapic hubby’s tawdry antics. If you do, you’re sexist, cisgender and probably racist.

It’s baffling that they hold themselves in such high regard. Take President Obama, an academic socialist who's never competently performed an executive function in his life, including during the last five years. Yet he somehow still believes himself to be himself to be God’s gift to humanity. Literally. Except, instead of turning water into wine, he was going to make the oceans recede and cool the earth. We do need to give him credit, I guess. While the oceans haven’t receded, the Earth isn’t getting any warmer, which naturally doesn’t stop the slack-jawed global warming sucker caucus from insisting that the planet will turn into Hades if everyone besides them doesn’t ditch their SUV.

I guess it's easy to be moral when morality is defined as whatever you need at that moment. Still, it’s annoying to listen to people with such a weird, unearned sense of their own moral superiority. In truth, they are utterly morally illiterate. These are folks who draw parallels between Hamas and Israel when the only parallel between the Israelis and the jihadist degenerates is that they share the habit of breathing oxygen.

You’d be better off discussing ethics with your terrier. At least your dog isn’t going to come up with excuses for Ted Kennedy.

They're delusional in that they really believe they're somehow better than people who actually contribute to society. This reinforces the fact that liberalism has become a mere affectation, an act, a pose. It’s like a hipster’s trendy pork pie hat, except it’s an attitude – by having it you send some sort of message about your own awesomeness. Advocating liberalism is the “I only listen to music on vinyl” of American political thinking.

Interestingly, when you look at liberals, many live their lives in a conservative manner. This is because they understand that being liberal in your personal life is a one-way ticket on the high-speed rail line to Failureville.

Do you think Barack Obama would let his two delightful kids fritter their lives away in a miasma of drugs, promiscuity and general sloth? Of course not; those kids are going to work hard and be expected to achieve. But Obama would never expect that of the millions of welfare-sucking losers his party depends on at election time.

No, he needs those Democrat serfs to stay right where they are: poor, trapped and readily exploitable. After all, if they were to live like he does and support themselves, they wouldn't need him. And the priority for any liberal (after being seen as enlightened) is forcing someone else to need him.

Liberals like to look down upon conservatives as backwoods banjo-strumming freaks just waiting to ambush your canoe trip. Let’s put aside the academic studies that show conservatives are generally better educated than liberals and look at history. Liberalism and its collectivist brethren have never, ever succeeded anywhere they been tried. The results are always more poverty, more misery and less freedom. Always.

Detroit is the poster child of liberalism, but smug liberals conveniently ignore that blasted wasteland, arguing that the next time they're trusted, well, then they'll actually pull it off. Liberalism is the triumph of hopelessness over inexperience.

And then there are the noxious personal affectations of liberalism. Liberals seem to thrive by flaunting their self-designated signifiers of moral standing, whether it’s by shopping at Whole Foods instead of Safeway or by driving a Volvo instead of a Ford. God forbid you should take your kids to McDonald's – if you do, the local liberal moms will wag their bony fingers at you and tell you how their young Teagan has been fed only a diet of hand-selected, free-trade Nepalese lima beans and that his salads are made with dolphin-safe kale.

The only people more unhappy than their puny children, who yearn for the delicious, nutritious meat that all human beings need, are the husbands of these harridans. These sad pseudo-men endure without the pleasures of manhood we conservative males take for granted, like being masculine, subsisting only on the thin gruel of their own liberal smugness. Luckily their emasculating wives refuse to allow them to bear firearms like real Americans; if they did, they’d probably eat a bullet.

Oh, you smug liberals, nothing could be more boring than you and your attitude. I think I'm going to have a Big Mac for dinner, just for you.