Federally Mandated Paid Family Leave is Not a Conservative Position

Kira Davis
|
Posted: Mar 01, 2019 2:05 PM
Share   Tweet
The opinions expressed by columnists are their own and do not necessarily represent the views of Townhall.com. 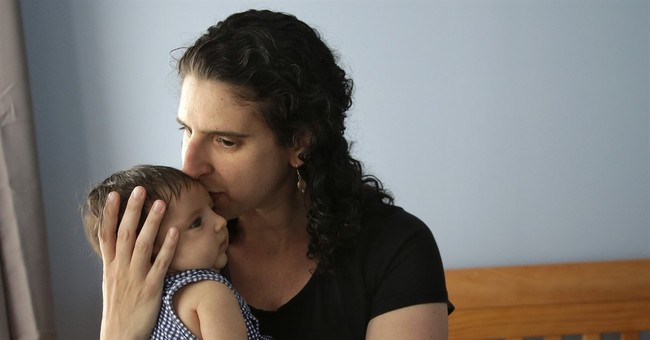 Pundit Dana Loesch recently ignited a mini-controversy on her radio show when she posted her theory that supporting federally mandated paid family leave is not a conservative position.

Like Loesch, I have noticed more and more conservative organizations pushing for some kind of “Paid Family Leave” legislation. The argument is that if Republicans/conservatives really consider themselves to be pro-family then they should be supporting policy that makes it easier for a woman to stay home with her family as long as possible after giving birth.

As a mother who has occupied many different spots on the “mothering spectrum” I have thought long and hard about this. When I had my first child my husband and I agreed that I would stay home to raise our children. It wasn’t what I wanted to do, but I felt it was best for our family. Later I worked part-time in the non-profit industry and when I moved to writing I was able to work from home and be a stay-at-home parent. I know the unique challenges of being a mother in each of those common situations.

It is my sincere belief that children benefit the most when mothers stay home to raise them. I know that is not a popular sentiment these days and I can already feel the white hot rage of the comments section radiating into this yet-unpublished post even as I type. I have no judgment for working mothers, mothers who work in the home or fathers who work in the home, for that matter. You do you!

That doesn’t change my opinion that even though it is increasingly difficulty to raise a family on one income, it’s the best of all possible worlds for kids to have a parent at home - particularly during their formative years before elementary school. So I have no qualms with the idea of making it easier for a woman to spend as much time at home as possible postpartum.

What does perplex me is just how many conservatives seem to think it’s acceptable for the government to coerce employers to pay for women to stay at home. My husband’s corporation has an extremely generous paid leave package for new mothers. They do it with pleasure. I applaud any employer who offers this type of support and sensitivity to their working mothers. Bravo!

I cannot in good conscience support the government getting involved in any of this.

Paid leave is a nice idea, but why on earth would we give the government the power to coerce employers to provide this against their will? It might even sound like a good idea under the Trump administration (it doesn’t to me, but to some it might) but how would this power be expanded and wielded under an Elizabeth Warren administration? Or - God forbid - an Alexandria Ocasio-Cortez administration?

Besides the terrifying potential for more and more overreach, there is the issue of whether or not anyone should ever be forced to pay someone for work they’re not doing. Government mandated family leave puts employers with already tight profit margins in the unenviable position of being forced to pay two employees - the temp and the mother - for months on end when only one is working. This is just more impetus for businesses to find ways not to employ women who may get pregnant during their employment. If you’re looking at choosing between a man and a woman with similar qualifications, you’re probably going to choose the least costly employee. Under mandated family leave, that would be the man more often than the woman.

There’s also the issue that women are more likely than men to stay home with their newborns after their leave has expired. More than once my husband’s employer has gladly offered a generous maternity leave to new mothers, only to have them take their time off and then quit on the day they are to return to work. Now that employer is out three months of salary and benefits for work that was never done and never will be.

Perhaps the aspect that makes me most uncomfortable about this idea is that no one is obligated to pay for your life choices. Conservatives use this reasoning with utter glee when facing off against whiny college graduates who are lamenting about being compensated for the $200K they spent on their “Feminist, Cis-gender, Non-binary, pansexual intersectionality” degree. Yes, we are pro-family but if you want the government to stay out of your choices for your family then you need to be consistent about that. We don’t like the government mandating how we raise our children. It is disingenuous to insist they mandate a program for this part of family life but then step back and keep out of it from that point forward. Starting and raising a family is a noble and vital choice in a healthy, prosperous society. But it is still a choice. No one is obligated to financially support that choice, nor should anyone be obligated to resist that choice.

“But Kira! Hold on. I would love to stay home with my kids full time but we can’t afford it. It’s tough being a working woman with children. What’s wrong with employers making it easier for us to work and be mothers?”

I’m so glad you asked, imaginary commenter! First, none of this applies to a single parent home (that is obviously a whole other ball of wax). Second, as I’ve stated already there is absolutely nothing wrong with employers volunteering to make your life easier as a working mom. I am only against a federal mandate for paid leave. Third, millions of women in a two-parent family do stay home and they do it by making tremendous sacrifices. Maybe you need to downsize. Maybe you need to take your kids out of private school. Maybe you need to move to a cheaper neighborhood, clip coupons or sell your car for a cheaper model. These are all sacrifices that stay-at-home parents make all the time. Why should we be asking employers to make sacrifices but not ourselves?

In the end, it is about freedom and responsibility. As conservatives we have long been advocates for taking the government out of family decisions. We should not give the government even more of a foothold into our family lives just for the sake of making our life choices easier on ourselves.