The Deplorable Elephant in the Locker Room

Kimberly Corban
|
Posted: Oct 11, 2016 3:55 PM
Share   Tweet
The opinions expressed by columnists are their own and do not necessarily represent the views of Townhall.com. 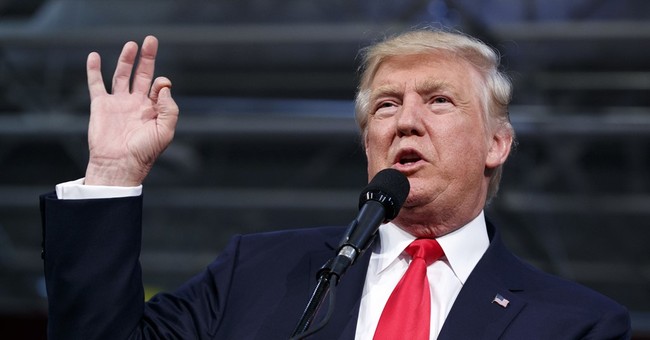 Let’s cut to the chase—this has become the worst presidential election this country has ever seen.

My brief reprieve from the election spending time with family in the Rocky Mountains this past weekend was short lived. Upon my return Sunday, I found out the political world had exploded.

I read about the leaked audio of Donald Trump and Billy Bush coupled with the condemnation and calls to drop out of the presidential race, but I waited to actually watch the video. And when I finally did, I was appalled—disgusted, yet sadly not surprised.

You see, I’m used to this kind of rhetoric—from bartending amidst drunken patrons in college, to a former relationship with a morally bankrupt individual, this isn’t worth my time crying over. And my guess is that sadly, most other women are used to this kind of talk too. We grow up learning to deflect unwanted sexual advances and are constantly bombarded with projections of worth based solely on our looks instead of our minds. This is not news to us, it’s just normal.

So when I say I was not shocked by Donald Trump’s use of the “P” word, I mean it. I had actually come to expect that kind of language. What sickened me was the word “grab.” He isn’t talking about “sex” on that recording. He is talking about power—his power. The hallmark of assault is an exercise by the perpetrator of power and control, and that is what he was describing.

It was the final tipping point for me. Faced with that kind of evidence, my failing to speak up would just condone this type of magniloquence, and that is not advocating for victims—my personal mission since day one.

The presidential nominee’s comments and vulgar dialogue were truly deplorable. No man—or human being, should ever think grabbing anyone, ANYWHERE without consent is acceptable.  Period. And if you cannot understand that concept, we seriously need to have a talk. I don’t care how much money, talent, fame, or power you think you have, unless you have consent, you have nothing.

Furthermore, this was not “locker-room talk,” it is a gleaming example of rape culture. “Locker-room talk” is about bodily functions and bowel movements, not assault. Objectification of women, though not respectable, is still “locker-room talk.” Unchecked admissions of sexual assault are not. Need I continue?

Chalking his braggadocios conversation up to “locker room talk” and simply saying he regrets his words is NOT an apology, it’s an excuse. And quite frankly, an apology is nothing more than words if you continue the same exploitative behavior.

But let’s talk about exploitative behavior a little more. Don’t think that this is an isolated event because it has proliferated our country and found its way to the top of our presidential tickets. Hillary Clinton, in ways fit only for a “House-of-Cards” portrayal of a criminal’s rise to political power, is just as evil in her own unique way. We have seen her excuse her own husband’s assaults not by remaining a loyal partner, but by degrading and intimidating his victims. You can’t run for public office claiming to champion women if you don’t practice what you preach and start by believing (a pillar now absent from her campaign website).

If not for money, power, and political fame, both of these people would be held to a far different standard, likely in a court of law.

I have been struggling the same way many of you out there have been with who to support. Neither candidate represents the type of person or party I want carrying my banner.

With the Supreme Court at stake, I do not want a president like Hillary Clinton looking to fill those vacant seats with justices more concerned with their own judicial activism and popular opinion than they are with doing their jobs and interpreting the constitution as it was written. These are the types of decisions that will impact all of our lives on a day-to-day basis in this country.

If you truly want to make a change with less than a month until election day, do whatever you wish with the top of the ticket. But you can also join me in focusing on races that will help ensure the next President of the United States remains in check. The House and Senate have never been more crucial to protecting our constitutional rights than they are now. And if you want to make a change after the election, hold others in your life to the same standards as you currently hold these candidates.