Why Republicans MUST Subpoena Eric Ciaramella

Kevin McCullough
|
Posted: Nov 10, 2019 11:55 AM
Share   Tweet
The opinions expressed by columnists are their own and do not necessarily represent the views of Townhall.com. 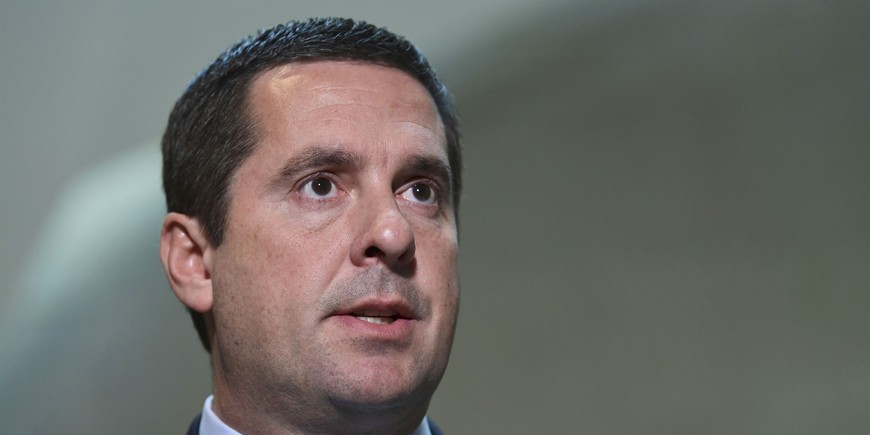 Adam Schiff acted as everyone with a pulse believed he would. Late on Saturday he deep-sixed the rights of the accused. He trampled on the right of one to face their accuser. He hacksawed the fundamental rights of fairness, and again portrayed himself as some sort of omniscient being with final say.

So it was just Adam Schiff being himself.

The embarrassingly laughable ego-maniac that started this #fauxpeachment farce to begin with.

In releasing the letter to the ranking member of the House intel Committee he alerted the world that he would “disallow” witnesses such as Hunter Biden (you know, the guy named in the phone call at the center of this proceeding) and the “anonymous whistleblower” (the guy Schiff coordinated with to launch this circus).

There is zero reason to deny the minority party access to either witness. For if everything that Schiff is doing is on the up and up such testimony would add to the “transparent case," The case being that the president committed such heinously criminal acts that violate the conscience of the people who elected him that the only remedy remaining is to regretfully remove him from office.

Hearing from the witnesses—if the case was legitimate—would bolster majority party claims and truly set in play a test in the Senate for a Constitutional crisis of duty.

Of course the monkey-grinder dance routine from Schiff is perhaps the least legitimate undertaking in the people’s House in perhaps the history of the nation.

No one believes it’s serious.

Even most people who hate the president know it’s a farce. They’re okay with it, of course, because they hate Trump and would use this or any means at their disposal to send him on his way. But get them talking and you’ll soon see them admit that it’s not fair—they just don’t care.

Which is why, when this idiocy fails, it will be time to return the House to common sense, and a legitimate investigation into the coordination, strategy, and origin of the #fauxpeachment must be commenced.

Key to that investigation would be an honest conversation with a man named Eric Ciaramella.

Ciaramella is an expert on Ukraine. As a CIA analyst he has a thorough working knowledge of the intricacies of the region and the outgoing administration there.

Ciaramella worked for the Obama administration and figured out a way to place himself as a holdover into the Trump administration—specifically at the White House. It would seem such a working knowledge of how events unfolded in our change of administrations would yield insights as well.

Ciaramella worked with Dr. Susan Rice. There has never existed a more truth-challenged individual as Dr. Susan Rice. We all remember how she marched on to the set of every Sunday talk show and told the nation an abject lie about how the September 11, 2012 attack on our people in Benghazi occurred. Certainly working for a person that untruthful and unstable might reveal some of what the National Security Council methods and policies were toward Ukraine from 2015 forward.

Ciaramella also worked with then-Vice President Biden, a name never mentioned in President Trump’s phone call, but somehow the person believed to be the object of the president’s attempt to “dig up dirt.” With the intersection of Biden’s responsibility in Ukraine, Ciaramella’s expertise in the region, his knowledge of events seems reasonable for honest citizens to know more about.

Ciaramella sent an email during his time in the Trump White House that was cited in the Mueller report on Russia. He has close ties to Brennan, Clapper and former President Obama. He has had in depth internal knowledge of the workings of national security policy across the spectrum of time involving the 2016 election corruption that is currently under investigation.

Ciaramella, since leaving the White House, was also highly unlikely to be on the July 25th phone call, so we needn’t worry about his outing any firsthand information.

Ciaramella should also be considered for testimony expressly because we know who he is, and because Mr. Schiff is only “disallowing” the “anonymous ‘whistleblower.’”

A “whistleblower” that coordinated with Schiff’s staff to help paper-up a complaint that had no knowledge of the events, but relying on third and fourth hand sourcing.

A “whistleblower” that somehow confused a “favor” to look into 2016 election corruption (which is in the transcript) with a mention of someone named Hunter some 500 words after the “favor.”

Adam Schiff literally had to buy votes to even get #fauxpeachment passed. Congressional reps in Trump-won districts have seen thousands of dollars pour into the campaign coffers—directly from Schiff’s campaign account—ironically just before changing their “no” votes to “yes.”

Fortunately every poll shows a decreased interest in any actual impeachment of the President. And as hundreds of thousands of everyday Americans at campaign rallies, African American gatherings in Atlanta, and the nation’s number one college football matchup this weekend demonstrate they love the policies and advances they’ve all experienced these past three years.

It is that advancement that this election will be based on.

Now about that chat with Eric Ciaramella.