Tomi Lahren’s Six Lies About SCOTUS & the Right To Life

Kevin McCullough
|
Posted: Jul 08, 2018 12:01 AM
Share   Tweet
The opinions expressed by columnists are their own and do not necessarily represent the views of Townhall.com. 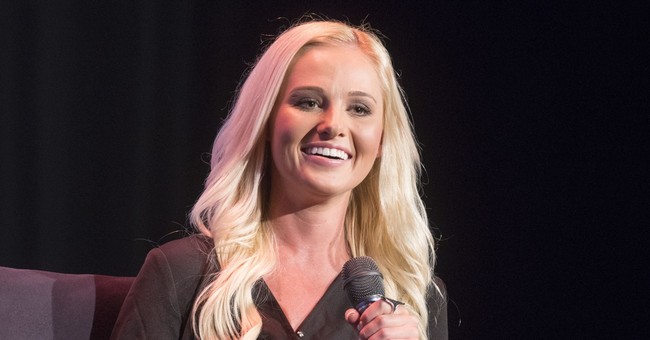 I don’t generally like the practice of criticizing fellow conservatives.

Then again actual conservatives—at least ones I know—have never uttered the words, that to "overturn Roe v. Wade would be a big mistake.”

Those are words spoken by liberals, progressives, and millennials who count their own voice as being quite important to "the cause.”

To amplify the matter that same said “conservative” follows it up with even worse tripe.

"I’m saying this as someone who would personally choose life, but also feels it’s not the government’s place to dictate. This isn’t a black and white issue and I would never judge anyone in that position.”

It’s at this point that I find it absolutely necessary to correct the “conservative” because Tomi Lahren couldn’t be more askew in any of the observations she made in these statements this week.

Tomi is a political neophyte who stems from a state that causes great confusion for her to understand what actual conservatism looks like.

Her screed on why conservatives shouldn’t pursue a change in the Roe case is ignorant on it’s face, but let’s breakdown the reasons why.

1. She appears to oppose the Declaration of Independence.Tomi may not have a medical background. She may have ignored the nearly fifty years of research since Roe was decided. She may have had an abortion, or has a close friend who has—whatever the case—her statement claiming that overturning the activist decision from the early seventies would be a big mistake indicates that she is willing to usurp someone’s right to “life, liberty & the pursuit of happiness” so that she can “win.” She fails to recognize the human person that is snuffed out in every abortive procedure. For if she admits that it is a human person, then she’s readily saying that protecting innocent life is not a moral good.

2. She opposes the First Amendment to the U.S. Constitution. It is not possible to secure the rights of free speech, religion - and the practice of that religion, and assembly if one is not actually allowed to live. Her reckless disregard for the living human being involved in the equation has been compromised by some strange antithetical argument but allowing her to barf this philosophical dissonance is not something that genuine conservatives can withstand.

3. She refuses to acknowledge the tenets of her faith. As someone who espouses Christianity as her belief system, like with her espousal of a political viewpoint, she is setting aside a fundamentally core belief that every person is stamped with an imprint that only God can create. The unique DNA, the personality, the potential that every person has is a divine gift, yet she is willing to discard it on a whim for the sake of winning elections. I have long pushed back against people of other faiths criticizing Christians when they attempt to take a position on a theological nuance that really only Christians have the right to dispute. (I don’t for example try to tell Jews if they should be Orthodox or Reformed.) But it is uniquely the job of Christians to draw a fellow Christian’s attention to a viewpoint they may hold when it is in error. She & any who argue as she does are in distinct error when they attempt to convince the watching culture that God is passive on this matter.

4. She is hypocritical on "Government dictating the outcome." Of all the dishonest things she says in the few sentences I quote here this is on par with the most brazenly dishonest I’ve ever seen. In the longer version of the video she attempts to say that “culture and church and civic groups” should be the ones who control the moral question of the matter, yet those entities are made up entirely of people who presumably would be acting on their convictions when it comes to voting and to pursuing legislative and governmental outcomes—especially in a free country. Additionally, the fact that government has been the entity that sealed the fate of more than 60 million “legally killed” children seems to be wholesale ignored by the ignorance or dishonesty of the statement. This is the guttersnipe argument we expect from people who vote for Nancy Pelosi. This is not the viewpoint of those who voted for the disruptive presidency of Donald Trump with the expectation that he would come in and make significant course correction.

5. She is not “personally a person who would choose life.”She uses this statement exactly the way John Kerry did in his presidential run against President Bush. He repeatedly referred to his Catholic faith and how he “personally” viewed the matter in some way different than how he would effectively serve as an executive or as he had as a Senator. The issue of life doesn’t work this way however. Because the issue is not about the trial, trauma some statistically nearly impossible scenario that somehow concerns the woman’s feelings. The issue pertains exclusively to the matter of the other person that is involved in every pregnancy—the child itself. If the child is a living human being, it is morally right for that child to both “live”and to be able to “pursue happiness.” Dress it up any other way you wish. Make up any scenario you want. The moral issue is the soul of the person being killed and God is unequivocal in His assertion that He created it, and it is good.

6. It’s not necessary to “judge”anyone, to help them find life-affirming options. Tomi could not be more incorrect when she claims that there is no clarity to be found. But the “black and white”argument is almost universally always followed by “but I would never judge.” I would encourage Tomi to spend more than a little bit of time going to crisis pregnancy centers that help women find the resources, life skills, and educational knowledge to welcome their children into the world. Judgment is the last word she would ever even be able to process after spending time with the women who make the difficult decision to many times “go it alone” in terms of family, but discover a wide network of encouragement, friendship, and health in pursuing life—both for themselves and their child.

Tomi has entertained people for many years in various capacities of media being a firebrand conservative with a no-holds-barred approach.

But her lack of clarity on this simple issue in and of itself is cause for nearly complete disqualification from the conservative cause because it is a worldview at odds with what makes conservatism the superior political pursuit.

She lacks a moral root.

Saying it may be discomforting for her—it should—at least for the hope of persuading her to approach the issue with greater consistency.

I don’t like to criticize fellow conservatives. But these points needed to be made.

These are talking points from the Godless and extreme American political, societal, and theological left.

They serve no place in a country that wishes to seek the greatest moral good possible.

And they certainly serve no use in the discussion of the Supreme Court when there is an opportunity to right an historic wrong that visited the worst mass killing in history upon a nation that seeks to be blessed by God.