Obama Squandered the Leverage to Stop the AIG Bonuses 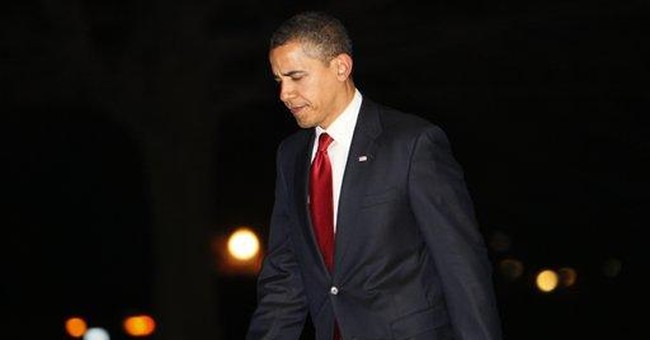 Just two weeks ago, President Obama and his Congress handed over another $30 billion to AIG (on top of the two prior rounds of taxpayer money AIG got under Bush – with Obama’s support).

Once Obama handed over the billions (as he so happily did), he squandered the leverage.

Here’s how it could have played out…. President Obama: “It’s simple Mr. AIG Executive, either you voluntarily forego your obscene bonuses (retention or otherwise) or we keep our $30 billion. Your choice.”

What do you think AIG would have done? Me too.

Mr. Obama has tried hiding behind the irrelevant claim that his administration didn’t write the contracts requiring the bonuses. It’s irrelevant because having the billions, like Obama did, enabled Obama to say “get rid of the contracts or I keep my billions.” It was then AIG’s choice to modify those contracts – irrespective of who wrote the damn things.

Listening to President Obama, his administration and his Congress the last few days, one would think they are all mere victims of the greedy and clever fat-cats over at AIG.

If incompetence is not the explanation for this grossly negligent misuse of American taxpayer dollars, then dishonesty is (as demonstrated so well Wednesday by Senator Dodd).

Which is it? Is the White House unable to successfully “out-play” the execs at AIG? Is Congress so unable? Or, are all of these players simply lying to the American people?

Either way, we lose.