Kevin James began his professional career in 1988 as a lawyer with one of Los Angeles' largest law firms. Soon thereafter, Kevin spent more than 3 years as an Assistant U.S. Attorney in LA, and then more than 10 years as a litigator in high profile entertainment matters.

Kevin's legal experience is what initially brought him into the talk radio industry, regularly providing his legal expertise to talk radio stations in major markets around the country. In early 2004, Kevin decided to leave the legal profession to begin his full-time career as a radio talk show host at KTOK in Oklahoma City, where Kevin's legal experience and his interest in news and the topics of the day resulted in tremendous success in the morning drive slot at KTOK.

Kevin has also served as a regular panelist for Court TV's "Catherine Crier Live" and appeared on CNN as a commentator and legal analyst.

Kevin received his undergraduate degree from the University of Oklahoma and attended law school at the Univeristy of Houston.

Kevin brings a passionate and practical voice to the countless issues that affect the Southern California community, and also has the experience to provide an insider's perspective into Hollywood's never-ending wave of high profile conflicts and disputes that frequently relate to larger issues affecting the nation. 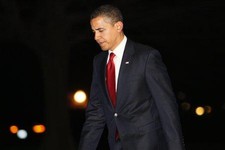 Obama Squandered the Leverage to Stop the AIG Bonuses
By Kevin James
Just two weeks ago, President Obama and his Congress handed over another $30 billion to AIG (on top of the ...
March 20, 2009

Memo To McCain: Five Action Items To Prove Your Committment To Border Security
By Kevin James
For the next six months, John McCain will be the most powerful Senator on Capitol Hill. Maverick no more, McCain ...
March 06, 2008 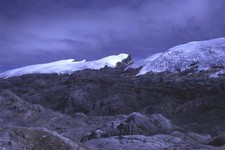 If the Mitchell steroid report is wrong, Where are the lawsuits?
By Kevin James
Actions speak louder than words, and legal actions often speak loudest of all – which is why the absence of ...
December 20, 2007

Enforcement-First Conservatives Say "Thank You" to Nancy Pelosi
By Kevin James
Our efforts to end the illegal alien invasion occasionally need a good shot in the arm. The best shot ...
December 07, 2007 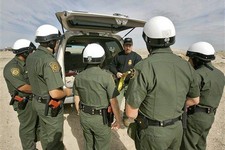 Its your credibility, stupid!
By Kevin James
Members of the U.S. Senate seemed genuinely surprised that the American people so vehemently objected to the Senate Immigration ...
July 09, 2007 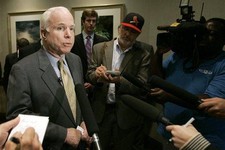 How big will the new agency be?
By Kevin James
Why isn’t anyone talking about the new governmental agency needed to implement the Senate’s “comprehensive” immigration reform bill? For weeks ...
June 18, 2007
Commentary Archives
CARTOONS | Tom Stiglich
View Cartoon