Kevin Glass
|
Posted: Aug 03, 2018 12:01 AM
Share   Tweet
The opinions expressed by columnists are their own and do not necessarily represent the views of Townhall.com. 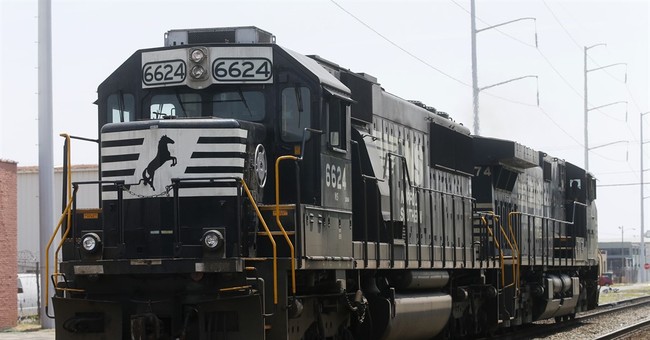 The Senate continues to hit roadblocks on White House nominees to key positions that will help advance the successful Trump regulatory agenda. A key transportation regulatory board has empty member seats - seats that, if filled, would empower the regulators to kill the threat of Obama-era regulations that have haunted America’s transit industries.

President Trump’s successful regulatory agenda has earned plaudits from conservatives everywhere. From think-tanks to policy experts to legislators on Capitol Hill, the White House’s push to cut regulations and streamline new processes while trimming away the harmful effects of the Obama regulatory years have saved taxpayers money and enabled entrepreneurship and innovation to flourish.

The Surface Transportation Board has broad regulatory authority over America’s railroads, as well as some forms of trucking, bus carriers, and pipelines. The STB has presided over a pro-competition environment governed by the deregulatory Staggers Act of 1980. Under the Staggers Act, the rail industry that struggled in the 1970s has come roaring back, and is one of the most successful sectors of American infrastructure, with a freight rail network that is almost entirely privately-funded (if only the same could be said for passenger rail). And this network fares well compared with most of the American infrastructure system - the freight rail network got the highest grade of any sector from the American Society of Civil Engineers in their latest evaluation of the state of American infrastructure. Privately-funded and functional infrastructure scores better than the publicly-funded roads and highways, and these successes should be encouraged.

However, regulations that were proposed under the Obama Administration in 2016 - including a forced reciprocal switching rule that would be a major expansion of government power into business relationships - would threaten the regulatory environment that has enabled success for American transport infrastructure. The STB should kill these rules for good. Once the STB has a full slate of board members, they should take action to strike these proposals from their docket and ensure that the light-touch regulatory environment that has led to the revitalization of the freight rail industry continues.

The freight rail industry has been a model of American infrastructure success in the decades since the Staggers Act. While politicians complain about “crumbling roads and bridges” of publicly-funded infrastructure, the freight rail network provides good jobs to hundreds of thousands of Americans across the country. Making sure that success can be maintained should be a priority for the Senate when considering the Trump Administration’s STB nominations.

President Trump’s regulatory agenda has delivered massive economic and fiscal benefits so far. Not only have job creators been freed of unnecessary government shackles holding them back from growing the economy, but taxpayers have been winners as well. Governments need not spend as much at rulemaking, while economic expansion and private-sector innovations help public sector balance sheets at the same time. Ensuring that federal regulatory agencies are fully staffed with the nominees put forward by the White House should be a priority for the Senate to make sure the Trump regulatory agenda continues to pay dividends for Americans everywhere.