Kevin Glass
|
Posted: Aug 13, 2016 12:01 AM
Share   Tweet
The opinions expressed by columnists are their own and do not necessarily represent the views of Townhall.com. 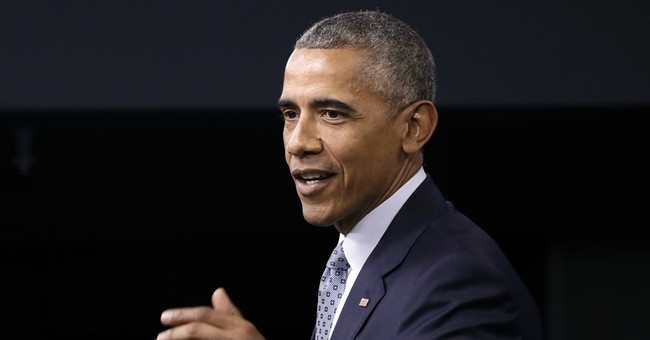 While much of the Democratic primary consisted of a fight from younger progressive activists to get the party to adopt aggressively forgiving student loan policies, President Obama's current administration has put forward a tweak to student loan policy that might empower students to take action to reduce or eliminate their debt burdens.

And it would be a disaster for colleges and universities across the country.

The proposal from the Department of Education on "Borrower Defense To Repayment" would substantially rewrite the rules for students to be able to sue their schools in order to get their loans forgiven. Previously, schools had to be in violation of state law to be susceptible. The new proposal merely says that a school could be "in breach of contract" with a student, or that it committed a substantial (even if inadvertent) misrepresentation when promoting itself to prospective students.

Despite the Obama Administration's frequent exhortations against for-profit schools and universities, this would apply to every school. And while there are undoubtedly many colleges and universities that will be able to fight the multitudes of lawsuits that come their way after this policy change, many would be unable to.

A coalition of Historically Black Colleges and Universities sent a letter during the open-comment period on the rule proposal urging caution, and noting what the rule would do to small schools like those that are HBCUs:

"...the broad language outlined in the new ED rule could open the floodgates for frivolous lawsuits that will only adversely affect the greater HBCU student body... [HBCUs] do not have the monetary security non-HBCUs share."

The financial burdens of other aspects of the proposed rule - like that schools must have independently-verified "letters of credit" - are also called out in the letter as untenable for small schools.

It isn't just HBCUs and other smaller schools that will be affected, however. Huge public universities - the University of Texas, Michigan State, Baylor, and others are going to be susceptible. And the size of those student bodies means that this will be no easy issue for them to deal with, either.

As Cooley LLP, a private-practice firm that advises a number of universities across the country, wrote when faced with this rule,

“The proposed rule also adds that ‘substantial misrepresentation’ includes any statement made by a representative of an institution that omits information in such a way as to make the statement false, erroneous or misleading,” Cooley warned clients. “While the proposed rule does require the borrower to prove that he or she relied on the misrepresentation to his or her detriment, the nature of what could be construed as the ‘false, erroneous or misleading’ statement – particularly where no intention to mislead is required to be shown – is so broad as to challenge reasonable interpretation.”

Student loan debt has been skyrocketing in the United States for a myriad number of reasons, so it's not difficult to see why the Obama Administration and other activists are looking for a way to combat these burdens on young workers. But their proposed policies are wrongheaded, counterproductive, and harmful to both students and the schools they wish to attend. They don't address the actual crux of the issues at hand.