Is Christian Education an Oxymoron? 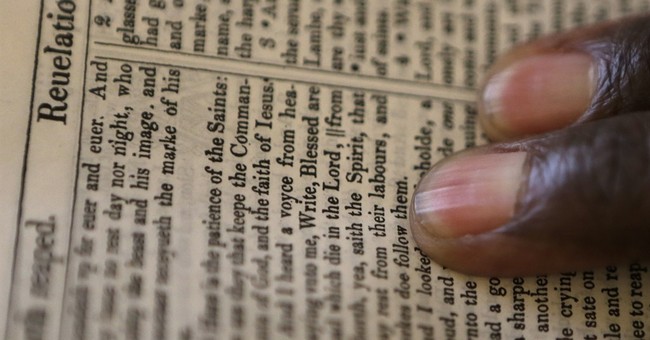 Today in many intellectual circles, Christians are viewed with condescension and derision. We are seen as naïve simpletons who lack the courage to accept the world at face value. We insist on weaving elaborate theologies and worshiping a God who is invisible because we are too weak to cope with the fact that existence is finite and life ends with the grave. Atheists accuse us of being irrational and illogical, maintaining that they are on the side of the factual and sensible. They reject the metaphysical because it can't be verified and quantified. They reject moral absolutes because they impinge upon individual self-determination.

Similarly, the concept of Christian education strikes many as a laughable notion, an oxymoron embraced only by morons. The idea that God has any involvement with or impact upon what man can know and how he can know it – indeed, the idea that God even exists – is anathema to academic elites. Sadly, even some Christians believe that Christ's exhortation to reject the things of this world means that engaging in the pursuit of knowledge is a waste of time and a potential impediment to one's faith. This is a mistaken view.

Anthony Bradley of the Action Institute Power Blog challenged this view recently in an article reviewing theologian Abraham Kuyper's understanding of education and its centrality to the Christian life. Kuyper recognized even in his day that the university system was rapidly becoming a stronghold of anti-theistic bias, and that this bias was adversely influencing the broader culture. The solution, he suggested, was not for Christians to withdraw from university life, but to commit themselves the rigorous pursuit of higher education as a way to both honor God and benefit the broader culture. From the piece:

"Because universities have such great influence over those who end up in positions of decision-making in society and those who shape cultural narratives, Kuyper feared that if 'university life and the influence it produces on the populace remain exclusively in the hands of unbelievers, then public opinion will ultimately be turned in that direction.' Kuyper's realism about pluralism led him to hold that it is "self-deception" to expect that believing Christians will be welcomed and accepted in institutions with an anti-theistic bias. Kuyper observed that unbelieving educators will not use critical argumentation to properly understand reality in relation to God; to keep thinking that they will is 'nothing but pure illusion.'

What, then, was Kuyper's solution to the tendency of divorcing all knowledge from the transcendent? He believed that the Christian religion needed an education structure built on a Christian foundation:

'There is only one means of prevent this, one that requires Christian thinkers to establish a university-level movement, and . . . manifest a different mode of perceiving and thinking, reproducing it among people who pursue university studies. The eventual result would be a cadre of people who were intellectually developed to exercise influence among the populace, people who could enter the field of public discourse.'

Kuyper is not promoting young adult withdrawal from culture at all. He seems to be promoting a realism that makes the case for why young adults may want to choose a Christian higher education among their alternatives."

Western civilization's earliest scholars embarked upon the pursuit of knowledge believing that there was a Divine Intelligence behind all of creation and a divine "natural order" that governs it. "In the beginning was the Word. And the Word was God, and the Word was with God" (John 1:1, NIV). Because God is the Creator, Creation is infused with order and meaning. Because Creation is intentional, it is intelligible. Even pre-Christian thinkers such as Heraclitus and Socrates observed this fact, and their philosophical projects reflected the conviction that the pursuit of knowledge was not a futile endeavor. Theology was once deemed the "Queen of all Sciences," with philosophy as her handmaiden.

It seems such a simple idea, yet one that academia and the culture at large have obscured: Human beings engaged in the pursuit of knowledge implies a belief that there is something definitive that we can and should know. It assumes that existence is intentional, whether we acknowledge this assumption or not. Why should anyone who believes that existence is accidental – the result of random chance – bother with educational pursuits? Why study anything if there's nothing, ultimately, to learn?

One is reminded of the opening stanza of T.S. Eliot's Choruses from the Rock, which is interpreted by many as a lament for mankind's rejection of true reality, a reality that is rooted in God and finds its highest expression in the Passion of Christ:

O world of spring and autumn, birth and dying!

The endless cycle of idea and action,

Brings knowledge of motion, but not of stillness;

Knowledge of speech, but not of silence;

Knowledge of words, and ignorance of the Word.

All our knowledge brings us nearer to death,

But nearness to death no nearer to God.

Where is the Life we have lost in living?

Where is the wisdom we have lost in knowledge?

Where is the knowledge we have lost in information?

The cycles of Heaven in twenty centuries

Brings us farther from God and nearer to the Dust.

As disheartening as it is to watch our civilization's continued slouch towards Gomorrah, Christians must not give up. We must not concede the world of learning, knowledge, and culture to forces of nihility masquerading under the guise of "progress." We should welcome and promote institutions which assist an understanding of how to integrate Christian principles of knowledge and learning in all areas of life.