Blinded by the Light of Celebrity 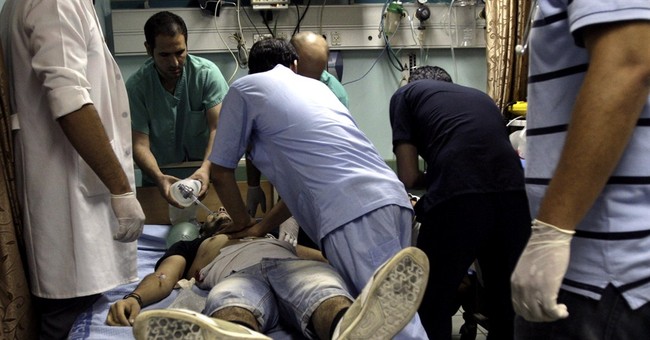 It is no secret that we live in a celebrity obsessed society. This isn't just an American phenomenon, it's a global phenomenon. We look to celebrities to tell us how to dress, what to eat, even who to vote for. President Obama used our celebrity obsession to great effect in both of his presidential campaigns. In the 2012 race, some of Hollywood's most glamorous starlets took to the airwaves warning American women of the holocaust on women's rights that would ensue if Mitt Romney were elected President. In the U.K., international celebrity cosmologist Stephen Hawking has been drafted to the cause of assisted suicide.

The push to legalize assisted suicide in the U.K. has been ongoing for several years. Three times, the British people have rejected the idea, but champions of "end of life choice" will not be deterred. And much in the same way that the American mainstream media does everything in its considerable power to advance the agenda of President Obama, the BBC seems quite happy to use its influence to advance the cause of one, Lord Falconer, and his assisted-suicide legislation.

In an interview that served as an ad-hoc endorsement for a feature segment with Lord Falconer, Hawking said the following:

"I think those who have a terminal illness and are in great pain should have the right to choose to end their lives and those who help them should be free from prosecution. ??But there must be safeguards that the person concerned genuinely wants to end their life and they are not being pressurised into it or have it done without their knowledge or consent, as would have been the case with me."

This truly is a brilliant strategy. Winning hearts and minds through the power of celebrity. If supergenius Stephen Hawking has reached the conclusion that assisted suicide is a good thing, well then it must be a good thing. He's so smart, after all. Just like Scarlett Johansson and Kerri Washington are so pretty. They couldn't possibly be wrong, or misguided, or shortsighted, or self-centered. The world loves them, the world worships them.

There's one small problem, however; assisted suicide isn't right. These suicide advocates, in keeping with the rhetorical tactic of their ideological cousins in the pro-abortion movement, want to equate "dignity" with "choice." Unfortunately, as with the abortion debate, the "choice" rhetoric of the right-to-die movement eclipses critical moral and ethical questions which ought to be at the forefront of the debate.

Is suicide really something that we want to normalize as a part of our culture? What are the social and cultural implications of normalizing the "right to die?" Will voluntary physician-assisted suicide give way to involuntary physician-assisted suicide where doctors decide whether their patients would be better off dead? (We know this is already happening in places like the Netherlands.) Will the elderly who consume more than they produce be deemed "resource hogs" that have a duty to die and get out of the way? In an age of scarce economic resources, will the critically ill or the handicapped or the demented be viewed as expendable by their younger, healthier counterparts? How will the medical profession be transformed if those who are trained to cure are given a license to kill?

These and many other questions should be asked and answered before we decide it's okay to encourage terminally-ill persons to choose self-destruction in the name of dignity. But we won't get answers if we allow this debate to be defined solely in terms of the euphemistic "right to choose." Indeed, these questions won't even be asked.

Euthanasia means "good death" – but where should we draw the line? Exchanging a "sanctity of life" ethic for a "quality of life" ethic will put the weakest among us at great risk. If our society adopts the notion that the terminally-ill are mere vessels of pain and decay – no longer worthy of our best efforts at care and comfort – it will set a dangerous precedent that will inevitably impact other vulnerable members of our society.

When quality of life becomes the reigning criteria, then not only the terminally-ill, but the disabled, the elderly, and the infirm become prime candidates for "dignified" death by suicide. Consider the elderly for a moment: A significant proportion of elderly residents in nursing homes are afflicted with age-related disabilities and dementia. They often don't know who they are, or where they are. Frequently, they don't recognize their children and, in child-like fashion, they may require assistance with even the most basic activities of daily living. A compelling argument can be made that their "quality of life" has been diminished. How long will it be before doctors, family members, and legal guardians who embrace the quality of life calculus decide that the lives of such individuals (who are also expensive to maintain) are no longer "dignified" and are unworthy of living?

We are facing enormous challenges as a society when our moral compass has become so twisted that being pro-abortion and pro-assisted suicide means you are on the "progressive" side of the argument. It is not too late to turn the tide, however. Defenders of life's dignity must continue the fight, despite the star-power being waged by the opposition.